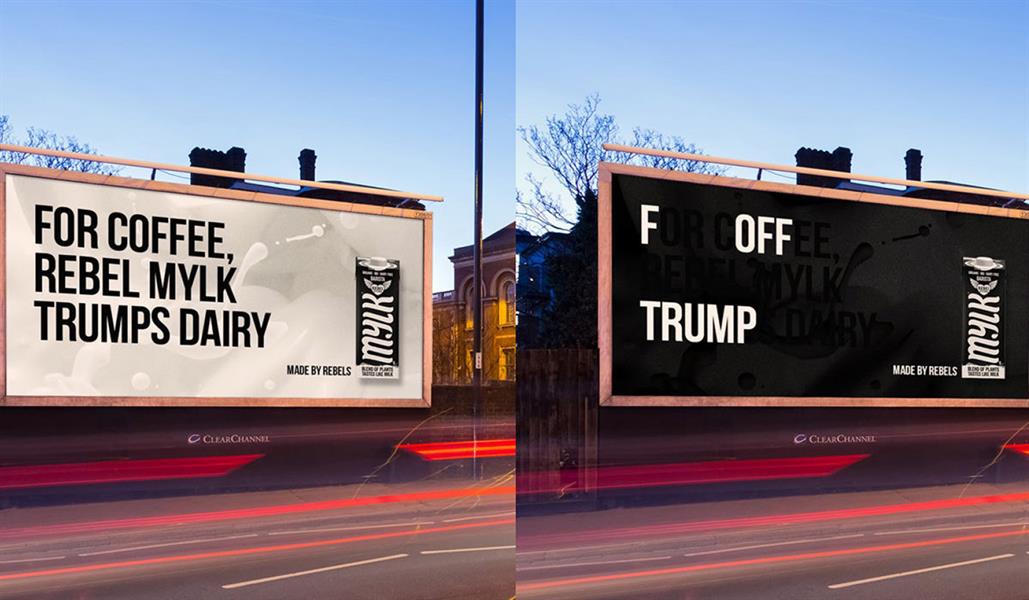 Soon-to-be former US president Donald Trump is in the firing line in a digital out-of-home campaign by dairy-free milk brand Rebel Kitchen.

The ads shift from a seemingly-innocent sentence about product superiority to a pointed message directed at the president. For example, “for coffee, Rebel Mylk trumps dairy” promptly shifts to declare “F off Trump”.

Another poster, which initially reads “Nothing trumps a nice glass of milk”, fades to revealing the sentence “Trump’s an ass”.

The ads appeared on Rebel Kitchen’s Twitter account this week to promote Rebel Mylk’s Organic Barista Mylk, which was launched as part of the brand’s Veganuary campaign.

They’re set to appear across the UK throughout January, in partnership with Clear Channel. It was created by Matt Moreland and Chris Clarke.