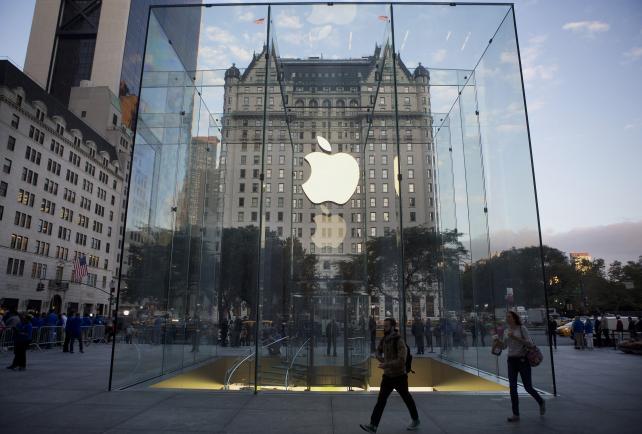 The days of just selling stuff are long gone. Today, in the race for consumers, marketers need to create entire, cohesive ecosystems in order to provide the most value. Brand consultancy Interbrand recently released its 2016 Best Global Brands report, ranking the top 100 most valuable brands for the 17th time. For the fourth year in a row, Apple and Google snagged the top spots—Apple’s brand value rose 5% to $178,1 million, and Google’s grew 11% to $133.3 million, Interbrand found.

But the report found that a big part of what makes brands like Apple valuable is their cohesiveness as a connected business system. Apple communicates with its customers through its hardware, software, and retail stores to deliver one consistent narrative or ecosystem, said Josh Feldmeth, chief executive, North America at Interbrand.

“These companies are growing because they’re building ecosystems around human beings and natural behavior—it’s about adding a set of products and services that are relevant but doing it in a connected way,” he said, noting that the issue has risen in importance in recent years with the increase in digital and social media. “With brands like Apple and Amazon, or any of these amazing ecosystems, the deeper you go or the longer you stay, the more value you receive as a customer, and that’s how they’re driving growth.”

Car companies are also trying to evolve their technology to offer more solutions to shoppers.

According to an Interbrand chart, the most cohesive brands are Apple, Colgate, and Adobe. Google is a little less cohesive, and Xerox, is in the least cohesive realm. Mr. Feldmeth noted that being cohesive can be challenging for marketers.

“In a more linear model, marketers could operate more or less independently,” he said, noting they were under pressure from C-suite colleagues but that was it. Today, they need to “integrate functionally around the customer,” which requires collaboration, interdisciplinary skill sets and technology fluency, he said.

Interbrand found that, in addition to Apple and Google, the top five most-valuable brands included Coca Cola, Microsoft and Toyota. Tesla and Dior made the list for the first time this year.

This article first appeared in www.adage.com

A reporter with Ad Age since 2015, Adrianne Pasquarelli covers the marketing strategies of retailers and financial institutions. She joined Ad Age after a dozen years of writing for Crain's New York Business, where she also focused on the retail industry. Over the course of her career, she has won awards from the Society of American Business Editors and Writers, the National Association of Real Estate Editors and the Jesse H. Neal Awards.