The disgrace of online advertising reached some kind of wretched crescendo this week as a report emerged detailing how advertisers are being fucked blind by the adtech industry.

The ISBA (the UK equivalent of the ANA in the US) released a report on a study conducted over a two year period by PwC that unambiguously laid out the absurd wastefulness of the hideous adtech “ecosystem.”

The study was conducted to establish what component of an ad budget invested in programmatic online advertising actually pays for advertising.

Fifteen major advertisers, including Disney, Unilever and Nestlé participated in the study as well as 8 agencies, 5 DSPs, 6 SSPs, and 12 publishers. Also participating in the project were Google’s dv360 and Ad Manager, Amazon Advertising, and the Rubicon Project.

“It’s important to realise that this study represents the most premium parts . . . the highest profile advertisers, publishers, agencies and adtech,” said the leader of the study from PwC. Here are some highlights from the report:

– Half of online ad money is being siphoned off by the adtech “ecosystem” before it reaches publishers.
– According to the Financial Times, of the 50% of the budget that was siphoned off, about 1/3 of the dollars “were completely untraceable.” In some cases the untraceable costs were as high as 83%. This means the money just evaporated into the adtech black box without a trace.
– Only 12% of the ad dollars were completely transparent and traceable. An astounding 88% of dollars could not be traced from end to end.
– From the director-general of the ISBA, “The market is damn near impenetrable”

– Remember, this study only reported on the highest quality tip of the iceberg — the most premium end of the programmatic marketplace. Imagine what the numbers must be like in the rest of the adtech cesspool where most advertisers swim their laps.

– With the release of this study, all the usual clowns and apologists for the online ad industry seem to have suddenly disappeared. I haven’t heard anything from the arrogant pricks who usually hurl abuse at those of us trying to shine a light on the scourge of adtech. I’m sure they’re down in their basements busy working on their logic-torturing exercises.

– One exception is the always reliable IAB. Listen to this from an IAB spokesweasel “…it is not a dark art and we shouldn’t lose sight of the crucial role programmatic plays in supporting our ad-funded, open web.” Bullshit. Bullshit. Bullshit. As usual from these creeps, this is utter nonsense. The good things we get from the web are supported by advertising — not adtech, not programmatic horseshit, not dodgy middlemen. More about this in The Good In Online Advertising (and, ahem, my books, Advertising For Skeptics and BadMen.)

– Just because 50% of your ad budget is reaching publishers doesn’t mean you’re getting 50% of value from your ad investment. Let’s not forget the enormous amount of fraud in the programmatic ecosystem, which this report doesn’t address. Once half your money escapes from the adtech jungle and gets to a publisher, it is still exposed  to creepy “publishers” who hang around the programmatic playground. As fraud expert Dr. Augustine Fou says, “…the 50% that makes it through to publishers could still be subject to fraud if that publisher is buying traffic and doing other shitty things like refreshing the page every 10 seconds, refreshing the ad slot every 2 seconds, stacking 10 ads on top of each other, loading 1,000 hidden ads in the background. The advertiser is still exposed to the potential of 100% fraud if that publisher is a fake site using fake traffic, and selling their inventory through the adtech plumbing.”

The real blame in all this goes to the advertising and marketing industry. Us. No one who doesn’t have his head up his ass should be surprised by anything in this report. Dumbass bloggers and many others have been reporting on this forever. The advertising and marketing industries, lead by duplicitous “leaders,” have displayed astounding incompetence by not cleaning up a trash heap that has been stinking up the environment for years.

The adtech industry, and its worshippers in the agency business, will claim that adtech earns its money by “adding value” — by helping you find the most effective  plan for investing your advertising dollars.

Really? Do you pay your stock broker a 50% commission for similar services? Even a “digital strategist” wouldn’t be that fucking stupid.

What effect will the ISBA report have on the ad industry? Zero.

Just like with ad fraud and privacy abuse, the ad industry is far too invested in the status quo to do anything about the black hole of adtech.

Agencies, who are supposed to be experts who protect advertisers from wasting ad dollars, universally utilize and often promote the adtech black box and frequently have a financial interest in it. By next month this whole thing will be buried and forgotten. We might get a PR release or two. Here in the states the Gang of Three — the ANA, the 4As, and the IAB —  might round up the usual suspects and appoint a bullshit committee. Other than that, nada.

For years Facebook has refused to abide by the rules of transparency practiced by the rest of the ad industry. They have not allowed impartial third parties to monitor their audience “metrics.” In fact, they have become famous for the utter nonsense they release as audience measurement. In 2016, “Facebook acknowledged (they) had inflated reported (video) viewing times by as much as 80%,” says The Wall Street Journal. 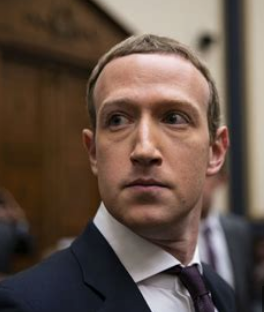 Since then, the Media Rating Council (MRC), media watchdog for the ad industry, has been trying unsuccessfully to get Facebook to comply with its standards. This week, the Journal reported that the MRC has had enough of FB and is ready to pull their ticket as an accredited media supplier. The article, entitled “Facebook Warned That It May Lose a Key Seal of Approval for Ad Measurement” says, “Facebook Inc. is at risk of losing a key seal of approval that gives companies confidence they are getting what they pay for…”

Getting what they pay for? From Facebook? Is this some kind of joke?

Will this disturb the invincible ignorance of the ad industry? Not a bit. While virtually all other media suppliers are required to provide third-party verification for their audience claims, Facebook Zucker-punches an entire industry. We stand by like the feckless weaklings we are and allow an arrogant prick to walk all over us.

Facebook will never allow full transparency of its metrics because I believe it is a company built on an edifice of lies and deception. If not, why hide the numbers?