Amazon, Google, Facebook, Microsoft: The scramble to beat Apple, dominate hardware, and own your future 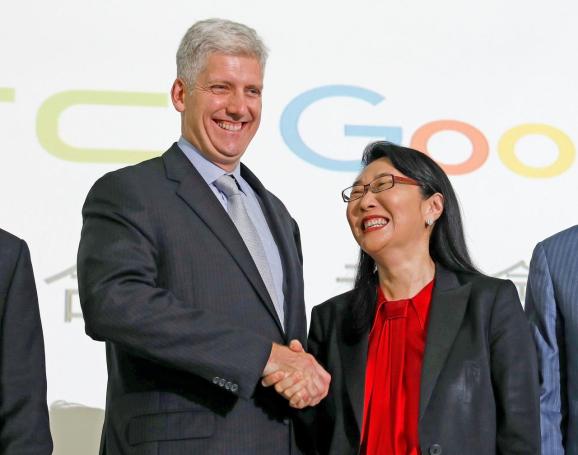 Google’s $1.1 billion acquihire of HTC’s Pixel team is just the latest example of a mega trend that is turning the tech industry upside down and has enormous consequences for the role technology plays in all of our lives.

Put simply, the biggest of big tech companies have decided that to win, they must control every aspect of how we interact with technology. And that means building out Apple-like ecosystems of gadgets that capture as much of your data as possible and keep it within their very own walled gardens.

The promise to consumers is to create, like Apple, a system that offers ease and simplicity of use, and rewards users for investing more in a single brand. By the same measure, those systems become a trap that eliminates choice over time as they limit compatibility with competing systems.

In rocketing to becoming the world’s most valuable company, Apple has demonstrated the profound appeal of this integrated approach. With some exceptions now and then, Apple’s products are seductively simple to connect with each other, and it’s easy to manage a single account across those gadgets. At home, I have an Apple TV, iPad, 3 iPhones, and a Macbook Air. These all communicate seamlessly. I haven’t taken the Apple Watch plunge, though, and have no plans to get one.

Now, Apple is extending that ecosystem with the HomePod, a voice-activated speaker powered by Siri. But if you want to listen to music, you’ll need to have an Apple Music subscription. There is some speculation that at some point, Apple could open it up to third-party developers. For the moment, it will be a closed system when it goes on sale in December.

Of course, for Apple, this integration of hardware and software has been a consistent approach. And because the company doesn’t overtly make money from users’ data, it’s a bit less ominous, I suppose.

On the other hand, for rivals like Google, Amazon, and Facebook, that data is now, and will increasingly, be used in the future for ad targeting, marketing campaigns, and efforts to get you to buy more and more.

Google-Alphabet has been going down this road for sometime now, as it has tried with mixed success to become a hardware company. Its acquisition of Nest, its Chromecast stick for TV, Nexus phones, Chromebooks, and Google Home have helped ease the pain of failures like Google Glass. Still, this isn’t enough for Google, which 18 months ago hired Rick Osterloh to be its senior vice president of hardware.

It was Osterloh who apparently oversaw the deal with HTC and the decision to basically bring in-house the production of the Pixel phone, its attempt to create a flagship Android device.

“Our team’s goal is to offer the best Google experience — across hardware, software and services — to people around the world. We’re excited about the 2017 lineup, but even more inspired by what’s in store over the next five, 10, even 20 years,” he wrote in a blog post about the HTC deal. “Creating beautiful products that people rely on every single day is a journey, and we are investing for the long run.”

It is an innocent-sounding statement that is less than innocent.

Google is already under fire in Europe for abusing its search engine monopoly to beat back competitive shopping services. The EU is also investigating whether it used its Android OS to force handset manufacturers and consumers to use various Google services on their phone.

Google is planning to make more announcements about its hardware plans at an event on October 4. Even if Google products allow third-party developers access to the hardware, as with Android, there are major concerns that with the default being Google’s voice assistant or search, the company is hoping to grab data that might otherwise flow to, say, Apple or any other competitor.

Amazon’s push to lasso the physical and the virtual also has troubling overtones. From its start with the Kindle reader, and later the Amazon Fire TV stick, the company has a growing portfolio of products such as the Echo now driven by its Alexa voice assistant. The company is also eager for other hardware developers to build Alexa capability into third-party hardware. And it’s attracting a growing number of developers who are creating skills for Alexa.

The company has other niche hardware products, like the Dash buttons for ordering more goods, the Dash Wand for reading barcodes at home, and the Echo Look connected camera. This is creating a massive storehouse of information about user behavior and user data. How they mix and match that data is going to draw close scrutiny from regulators and privacy advocates, particularly as they invest more in physical stores like Whole Foods.

And then comes Facebook, which for the moment has made its biggest splash with its acquisition of Oculus VR. But the company increasingly realizes where the game is headed. A year ago, Facebook publicly announced it had built a 22,000 square foot hardware lab. Some of that work focuses on its internal IT projects, like servers and switches. And some focuses and its various efforts to expand connectivity to remote areas.

But earlier this year, the company unveiled its Surround 360 cameras. Now there are reports it’s building a video chat device and its own smart speaker. Even possibly a modular smartphone.

Microsoft, in contrast, has tempered its hardware ambitions after a big push a few years ago. Though its phones have flopped and its Nokia deal was a bust, it has gotten traction with its Surface tablet, and of course the Xbox has had a long run as a top video gaming platform. Likely, Microsoft remains chastened by its various antitrust battles over the years, along with some of these costly flops. And like Google’s Android, it’s a bit restrained by its need to manage its long-standing OEM relationships.

But it’s also in some ways trying to zig away from these other tech giants by becoming easier to use on other platforms, particularly with some of its Office apps, in an effort to extend its appeal. And it’s focusing more on its cloud services competition against Google and Amazon.

Still, overall, the direction is clear. Consumers are going to be facing tough choices not just about a single product or service, but about the larger implications of what it means in terms of when and where that service or product might work. They are going to be forced to grapple with a larger number of interoperability issues as they try to figure out which service works with which hardware, and which hardware can be paired with which other hardware.

The path of least resistance, over time, will be to simply buy hardware and services from one company. And once you do, the barrier to switching to other products will become higher and higher. Companies will talk about being “open,” but they will only kinda sorta mean it.

While U.S. antitrust and consumer protection has become relatively toothless in recent years, these companies can also likely look forward to more intense scrutiny and legal battles with the European Union. The EU has been far more aggressive in ensuring that these companies don’t use their might to limit consumer choices. The expanding walled garden of hardware would seem to be painting a big red target on the backs of these tech companies.

In the meantime, consumers ought to remain vigilant. Each gadget unto itself can be fun, seductive, and even actually useful. But they should make sure that as they step further into the embrace of one company that they aren’t entering into a relationship from which there is no exit.

Chris O'Brien is based in Toulouse, France, where he is conducting a three-year, government-backed study to determine how much cassoulet, butter and wine a single human can consume on a daily basis. Previously, he covered Silicon Valley for 15 years as a reporter for the San Jose Mercury News and the Los Angeles Times and he still has the talking sock puppet to prove it. Every day, he wonders what would happen if people in Silicon Valley knew how much less expensive it is to live in the south of France.