The majority of brands now have influencer marketing strategies, but budget remains an obstacle, according to a new report from Fashion and Beauty Monitor.

Almost 70 percent of brands, which include United States and British brands mostly in luxury, but also in the mass-market sector, say they have or will soon have influencer-marketing strategies, but two-fifths are held back by budget constraints. While marketers are still trying to determine cost-effective practices, the tactic is beginning to prioritize commerce ahead of content and lose its authenticity.

“Brands have historically had full editorial control of how their products are marketed,” said Priyanka Dayal, content marketing manager for Centaur Media PLC, of which Fashion Monitor is a part. “However, when working with influencers, brands have to let go and allow influencers control of the narrative to preserve the authenticity of what is being communicated.

“For influencer marketing to sustain, authenticity and credibility is key.”

348 marketing specialists, including in-house brand marketers, agencies, consultants and media owners representing the UK and U.S. fashion and beauty industry responded to Fashion and Beauty Monitor’s “The Rise of Influencers.”

Influencers provide a way to get word about the brand and products out from a party other than the brand itself. Speaking through a mediator in this manner will make the message more trustworthy, as consumers are inclined to see words from the brand as a sales push but words from an individual as a recommendation.

Only 6 percent of those surveyed have worked with influencers for at least 5 years, compared to almost 40 percent for two years, 57 percent overall, and an additional 21 percent with plans this year. But with more brands incorporating influencers into the marketing strategy, influencers are themselves getting savvy.

Numerous department stores have embraced fashion bloggers over the past year, with Harrods, Bloomingdale’s and Bergdorf Goodman all having influencer campaigns (see story). 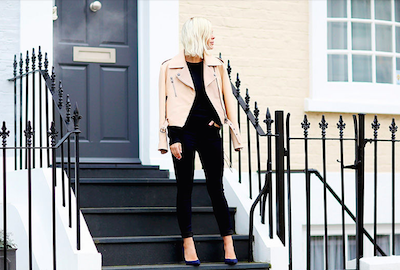 However, 39 percent of respondents are held back by budget constraints, and 59 percent say engaging with influencers is a challenge because they are aware of whom they can work with and what they can command. In response, 60 percent are set to increase their influencer-marketing budget in 2016.

Traditionally, “influencers” meant high-profile celebrities, usually athletes, actors or pop stars, but today it includes the most popular bloggers, vloggers and social media personalities. Although a popular fashion blogger will never become a household name a la Lady Gaga, Halle Berry or LeBron James, their fan bases will more closely align with the brand’s target audience, meaning the lower reach is made up for in a higher conversion rate.

Instead, brands should first identify the audience they want to reach, and then find a correlative influencer. Partnering with influencers not based on who has the largest following but rather whose audiences overlap could help brands slash costs and increase conversions simultaneously.

If a match is made and the collaboration is authentic, a brand can authenticate the relationship with follow-ups.

In late December, Italian jeweler Bulgari reunited the influencers from its Roman holiday campaign for one last gifting push.

On a sponsored post on Facebook, Bulgari brought together the bloggers behind Eat Sleep Wear, Sea of Shoes and Wendy’s Lookbook to promote the pieces in the B.zero1 collection. By continuing an aspect of a campaign, the correlation between the influencer and partner brand may ring more true for consumers who have been following along (see story). 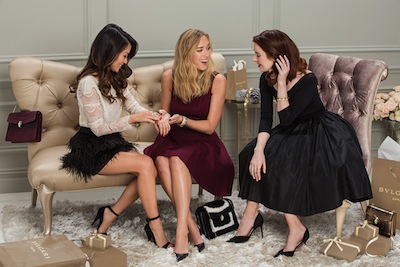 Over three quarters of those surveyed said that influencers are identified and managed in-house. Fourteen percent use a specialist agency to identify and manage influencers, just 7 percent identify in-house and outsource management and a mere percentage point does the reverse.

Of that 85 percent who identify in-house, 84 percent do so manually, meaning they comb through forums and social media platforms looking for a fit. Done this way, it is hard to garner a complete picture of influence, and apparent fits in terms of personality and reach may in fact do little for generating sales.

Nonetheless, 72 percent call their own influencer marketing either “very effective” or “effective,” with particularly high numbers in product launch and content promotion/distribution categories.

This seems to contradict the consensus that measuring ROI is a challenge and looks especially good given that 42 percent use 10 percent of the overall budget on influencer marketing. Nevertheless, 59 percent will increase the budget this year. 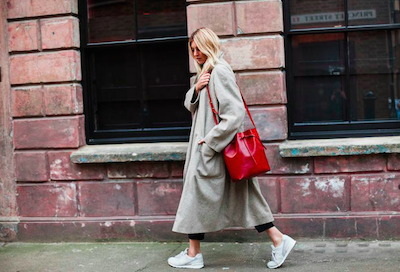 Further complicating the field, some experts think that influencer marketing is becoming too common, meaning it loses authenticity and thus usefulness.

“It becomes a race to the bottom between the brand and the influence: You scratch my back, I’ll scratch yours, and what’s in it for me,” said Tim Bax, creative director of iCrossing, for the report. “And as soon as it becomes too commercial, people aren’t stupid, they can see what the influencers are doing. If they’re pushing stuff too much they’ll lose their voice in the community.

“Of course they want to monetize their activity, but we’ve made it too much about commerce and not enough about the quality of content,” he said. “This will be a trend that will change in the future.”

To appear authentic, influencers must be judged on the quality of the content they create rather than how directly they push sales. As compared to traditional advertising, influencers will work like word-of-mouth, with quality content leading to natural conversions where more overt sales pitches will alienate a follower base full of prospects for the brand.

In one instance, footwear and accessories label Jimmy Choo compiled the influential opinions of style bloggers to show off its snow-ready shoes.

The brand gathered eight digital influencers in Zurmatt, Switzerland for its “Snow Choos” effort, capturing its cruise collection boots on a powdery mountaintop. In many cases, influencers are more trusted and more revered by consumers than traditional celebrities, making this campaign a way for Jimmy Choo to ignite interest in the wintry footwear (see story). 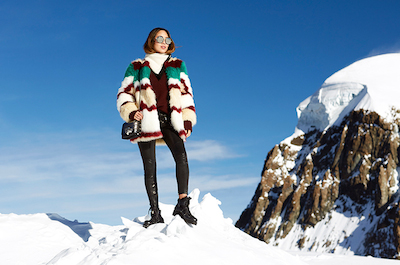 Because the influencers posted photos to Instagram, it is likely that Jimmy Choo was targeting a younger audience. The platform also allowed the influencer more control over the content, meaning it would not appear to be branded content.

In another case, Italian department store Luisa Via Roma explored the intersection of technology and fashion with the help of a bevy of bloggers earlier this January.

The 12th edition of its Firenze4Ever event, which brought together journalists and influencers in Florence, took inspiration partly from Swarovski and explored visionaries and “TechDreamers.” Fashion and tech are colliding more frequently, making this a timely subject for the retailer’s biannual event to investigate (see story).

“While a celebrity can undoubtedly get the message in front of millions, that message is likely to get lost if the audience is not interested,” Centaur Media PLC’s Ms. Dayal said. “Bloggers or YouTube stars, on the other hand, talk to a niche audience that is actually listening/following what they have to say so the impact can be more powerful.

“Marketers need to understand that where influencer marketing is concerned, context is king.”