For luxury houses, positioning is essential, and many brand marketers used advertising campaigns to ensure their message and happenings were received by discerning consumers.

While many efforts aimed to introduce new collections or talked-about product releases, others displayed brands’ senses of humor, dedication to craftsmanship and respect for others in their respective industry. In addition to poking fun or taking on serious subjects such as marriage equality, luxury brands included social media technology to meld with traditional placements to underscore modernity.

Here are the top 10 advertising efforts of 2015, in alphabetical order: 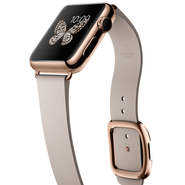 Within the 12-page spread in the Condé Nast-owned publication, Apple positioned its Apple Watch similar to the way in which a jeweler or watchmaker would show off its latest pieces. Placing an advertisement in Vogue, rather than a tech-focused imprint, may help Apple’s latest product gain recognition among skeptics while showing it is able to compete with traditional watches.

For its first United States-facing advertising effort for the Apple Watch, Apple worked with Vogue again to promote the variations its product was available in at launch (see story). 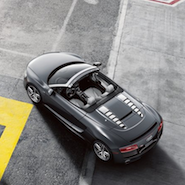 The price of Audi’s R8 model begins at $115,900, making the automobile unattainable for many of the automaker’s enthusiasts, but with some constructive saving nothing is out of the question. Playfully skirting around the financial means necessary to own an R8 was a humorous approach that likely connected with aspirational consumers rather than alienating them.

Audi shared the 80-second video on its United States-facing Facebook account. Text accompanying the video read, “If you want an R8 someday, but tend to be loose with your wallet, here’s five tips on how to #SaveForAnR8. You have to start somewhere.”

The video began with an R8 slowly pulling out of an industrial garage and beginning to drive on a darkened road. The first tip appeared in a text overlay telling the viewer that if they switch to LED light bulbs in their home, they would save $42 per year on electricity (see story). 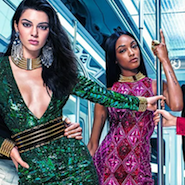 The collection itself was a hot topic weeks leading up to the campaign launch, as the line was leaked on Instagram despite Balmain and H&M’s best attempts at keeping it secret. The breach did not diminish consumers’ interest or response to the collection, with every additional detail since the leak becoming headline news, including glimpses of the campaign video starring TV personality-turned-model, Kendall Jenner.

In the opening scene, Ms. Jenner was seen entering the turnstile of a sci-fi subway station, her movements appearing robotic due to the way in which the shots were cut. As Ms. Jenner boards a train, the viewer sees that the operator is Balmain creative director Olivier Rousteing.

During their subway ride, Ms. Jenner and her friends were pitted against different groups of gangs, all of whom have stellar dance moves. Each time, the opposing gang challenged Ms. Jenner first and she responded by selecting which of her crew will be best to compete. She remains confident and unfazed as gang after gang challenged her group’s abilities.

With each new dance battle, controlled from afar by Mr. Rousteing, Ms. Jenner and her group appeared in different outfits included in the Balmain x H&M collection. This allowed the scenes to progress while showing off different aspects of the collection, ranging from outerwear, ready-to-wear and accessories (see story). 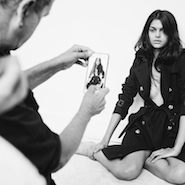 British fashion label Burberry peeled back the curtain on its Mario Testino-lensed fashion campaign through a live content feed on Snapchat.

Starting at 12 p.m. EDT on Oct. 22, consumers had just 24 hours to view the spring/summer 2016 campaign and footage captured during the shoot before the content disappeared. The ephemeral nature of Snapchat can help consumers feel like part of a brand’s inner circle by being able to catch content, making this an ideal way to reach Burberry’s most loyal fans first.

During the photo shoot, Mr. Testino created Snaps for Burberry’s account and the brand gathered video of the models posing, giving a glimpse at the full campaign months before its full launch in January.

This content was compiled in a live story, enabling consumers to replay content in a slideshow format. The label switched between the still images from the campaign and the models posing, giving a taste of the set atmosphere, the interactions between the models and the finished product (see story). 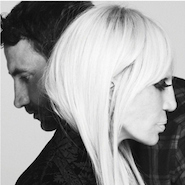 French fashion house Givenchy’s designer Riccardo Tisci shared an image of himself posed with Versace creative director Donatella Versace on his Instagram in April. Brands in the same sector do not collaborate often, but this ad showed solidarity among fashion’s leading designers.

In his initial Instagram post to announce the face of Givenchy’s fall/winter 2015 campaign, Mr. Tisci said, “So proud and honored to introduce my new ultimate icon.” Mr. Tisci often features his favorite artists, celebrities and models in Givenchy efforts.

In response, Ms. Versace shared on her account, “For my talented friend Riccardo. Together we break fashion boundaries.”

On the left hand side of the double imaged effort for fall/winter 2015, Ms. Versace stands with her forearms crossed and holding onto the opposite arm The right hand side shows a number of models standing in an ornate portrait gallery wearing clothing from the fall/winter 2015 collection (see story). 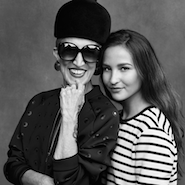 Canadian retailer Holt Renfrew highlighted the diverse cast of characters in its network through a fall campaign aimed at fostering a sense of community.

“All Together at Holts” featured 14 of the store’s customers and two sales associates from across Canada, who were shown in still imagery and in video talking about their individual sense of style. Going beyond those profiled in the campaign, Holt Renfrew offered consumers the chance to be a part of the campaign through user-generated submissions, making this a truly democratic marketing effort.

Holt Renfrew launched its campaign on Sept. 15, 2015 at 15:00, or 3 p.m. All Together at Holts ran on a dedicated microsite and the retailer’s digital channels, as well as in a national ad campaign and in direct marketing, such as email newsletters.

For the effort, the 16 individuals profiled were photographed in pairs, enabling them to shine as individuals as their personal styles play off each other. An additional black-and-white portrait captured the entire group (see story). 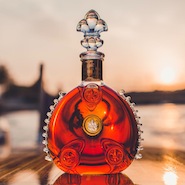 Cognac-maker Louis XIII produced a campaign film that is #NotComingSoon.

Fittingly titled “100 Years — The Movie You Will Never See,” Louis XIII’s concept was taken from the strategy found across sectors that promotes the craftsmanship behind the wares produced by luxury houses. For Louis XIII, the film, which tells the story of its cognac, will not be fully released until the year 2115, or four generations in the future, the same time it takes to create the spirit.

For the effort, Louis XIII worked with creative agency FF New York on a film that will be released a century from now. The film stars actor John Malkovich and was directed by filmmaker Robert Rodriguez.

Despite sharing the star and director, Louis XIII has remained mum on the plot. But, the cognac-maker has shared that Mr. Malkovich wrote the film in its entirety and Mr. Rodriguez has been referring to 100 Years — The Movie You Will Never See as “emotionally-charged” (see story). 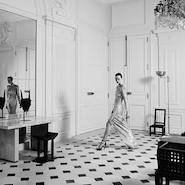 Saint Laurent’s creative director Hedi Slimane will only create these handmade items for friends of the house, fulfilling only those orders he approves of, according to The New York Times. The house eliminated its couture collection in 2012 when Mr. Slimane took over direction, so this Yves Saint Laurent Couture line will enable the brand to give elite customers one-of-a-kind garments.

Rather than debut the line within the couture fashion schedule, Saint Laurent instead showcased its new collection in an advertising campaign titled “Rue de L’Université.” The effort, premiered in magazines and included images captured at the brand’s salons in Paris.

Saint Laurent shared these images to social media, accompanying them with captions that delve into elements of the building’s history, including an 18th century chandelier restored by Mr. Slimane and its architect Thomas Gobert, who also served Louis XIV (see story). 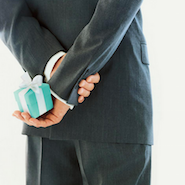 The “Will You” campaign included seven photographs of different couples in various stages of their romantic relationships, captioned with text that expressed their love for one another. One of the images is of a homosexual, male couple about to commit to marriage and exchange engagement rings.

Tiffany’s campaign took a modern look at love and marriage, acknowledging that many families today are not as traditional as they once were. The Will You campaign also included a couple with a young child exchanging their first wedding vows.

The campaign sought to convey that every romantic relationship is unique and beautiful in its own way, just as every Tiffany’s engagement ring and wedding band has its own spark. Tiffany celebrated all kinds of relationships and is able to provide the perfect ring for each and every one (see story). 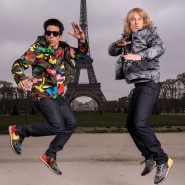 The photo shoot displays the brand’s sense of humor and its spring/summer 2015 collection. Mr. Stiller and Mr. Wilson seem to have a light-hearted approach to the photo shoot, reflecting upon the brand’s personality.

Mr. Stiller and Mr. Wilson were the show’s finale, doing a walk-off as their characters from the 2001 comedic film “Zoolander.” With the bevy of runway shows happening back to back, this quirky ending to the show helped Valentino get noticed by fashion fans, bloggers and popular media.

The two actors continued their character’s modeling with this photo shoot in front of the Eiffel Tower (see story).