The ever-increasing number of brands investing in branded and mobile video are sure to hear good tidings now that 46 percent of consumers have made a purchase as a result of watching branded video, according to Brightcove.

It also found that a whopping 81 percent of consumers currently interact with brands on social media, with 43 percent having done so through watching branded video. In fact, 79 percent of responders agreed that video is the easiest way to get to know a brand online, and 31 percent of them named video as heir number one choice of branded content on social networks—the most popular answer.

Brightcove Inc.’s Science of Social Video: Turning Views into Value surveyed a hefty sample of more than 5,500 consumers in the UK, France, Germany, US and Australia, and found that consumers—especially, social media-active young consumers— were susceptible enough to the allure of branded videos to drive them to purchase.The survey also documented the rise of social video consumption across all demographics, which one could construe as either a larger marketplace for their brand or the bellwether for a soon-to-be overcrowded social video landscape.

Brightcove’s report supplied a veritable cornucopia of findings on the connection between social videos and hard sales. It found that 46 percent of viewers have actually made a purchase as a result of watching a branded video on social media and 32 percent have considered doing so. 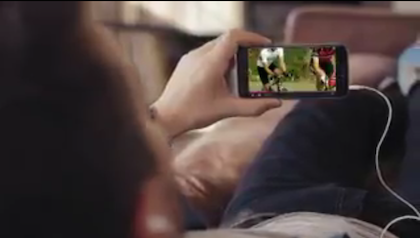 Mobile video is a booming sector in marketing

And growth in consumption is also a metric brands would do well to take note of, as it gives them insight into the shifting contours of their media playing field. 67 percent of users claimed to watch more video on social networks, such as Facebook, Twitter and Snapchat, than they did a year ago, with 60 percent expect the amount of social video they watch to continue rising over the next year.

And for those looking for harder metrics regarding volume: according to the report, the average consumer now watches 49 minutes of social video every day.

“As brands are looking ahead to 2017, we encourage them to consider how their video content could be more engaging and relevant to their audience to make the most out of their social media efforts,” the spokesperson said. “Determining the most engaging content is a continuously evolving process, which is why it’s critical to measure engagement.

“Tracking this metric lets brands know when it’s time to adjust content or when their audiences are ready for more of the same.”

The report also provided insight on categorical viewing preferences among users. It found that half of social video views take place on YouTube, 36 percent on Facebook and the remaining 14 percent divided between social networks such as Snapchat, Twitter and Instagram.

And for brands looking to develop a more holistic, comprehensive brand strategy that addresses softer needs such as brand image, the report found that 45 percent of people are more likely to tell friends and family about a brand after watching a good video by that brand on social media, and 76 percent of people are more likely to watch a social video if recommended by friends or family.

Marketers have been heavily relying on social and mobile-oriented video for their campaigns, even if just to augment existing properties. One such campaign is Macy’s latest Christmas campaign, which relies on user generated video content (see story).

And American workwear purveyor Carhartt introduced its fall lineup with a brand video produced and directed by Jason Momoa that features all the slick production value to which the former “Game of Thrones” actor is accustomed (see story).

“Engaging visual media is an important part of the digital experience,” said Michael Becker, managing partner of mCordis. “It is sensorial, emotional and can help forge a lasting relationship between brands and the individuals they serve. The video, like all content, should start with the audience, a key understanding of who will view it and gain value from it.

“This cue must be developed alongside the marketer’s brand objective,” he said. “If these two points are understood, the marketer can then consider the best format, length, creative, channel and launching timing for the video.

“Addressing all these elements in unison within the execution marketing strategy will be a key determinant in the success or failure of the piece. One final insight on this point, however, is to recognize the need to produce value, a key insight, the ‘what’s in it for me’ quotient with the first eight seconds of the spot.”