Advertisers Try New Tactics to Break Through to Consumers 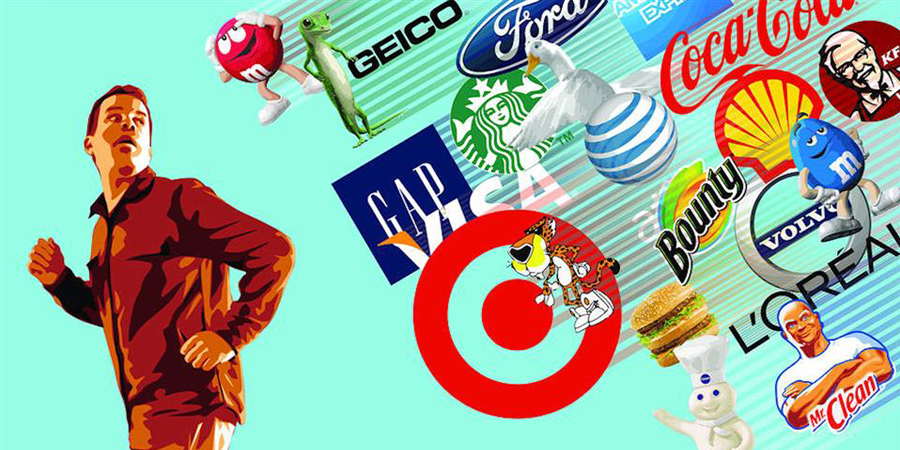 Reaching consumers is becoming tougher for advertisers as a result of cord-cutting and the growing use of ad-blocking software and DVRs. Here are some new and recycled tactics brands are experimenting with to make their content more appealing. Illustration: Daniel Hertzberg.

Harry Li, a 26-year-old Atlanta native, has been binge-watching all 10 seasons of “Friends” on commercial-free Netflix over the past few months. He doesn’t pay for cable TV, but watches his favorite TV shows such as the CW’s superhero series “Arrow” by streaming pirated copies online.

Even then, he is out of advertisers’ reach. The ad-blocking software on his laptop strips out many of the commercials.

“I just like to watch a 40-minute show in one go rather than watch the commercials,” said Mr. Li. “The 18 minutes of ads is unappealing.”

As the global marketing industry gathers on the French Riviera for the Cannes advertising festival this week, there is an awareness that grabbing consumers’ attention is getting harder and more frustrating across nearly all types of media. People are avoiding print ads, skipping through TV ads and cutting cable subscriptions. Reaching them online is getting tougher, too, between the rising use of ad blockers and the many scams in which fake, computer-generated web traffic lures in ad dollars.

As a result, companies are rewriting their marketing playbooks. Some are blurring the line between advertising and content, in the hopes of passing through the filter of what consumers actually see and read. Others are diving deeper into data and location targeting on the theory that consumers will embrace ads that they find relevant.

PepsiCo Inc. recently opened a 4,000-square-foot studio in New York to produce a wide range of branded content from reality programs to online films. Earlier this year, it got big play in the plotline of Fox’s drama “Empire,” when a character on the program was offered an endorsement contract with Pepsi.

The idea is to not look and feel like advertising in the hope that consumers won’t skip.

“Over time, advertising has gained the reputation of pollution content,” said Brad Jakeman, president of PepsiCo’s global beverage group. “We have to now create content that consumers want” to watch, he said.

Almost half the 24,000 U.S. consumers surveyed last year by market research firm GfK MRI agreed that “much of advertising is way too annoying.” In the online realm, digital-ad interruptions are too frequent, according to 84% of people Accenture surveyed this year in 28 countries. Some 10% of desktop web users in the U.S. have ad blockers installed, and the practice is now ramping up on mobile.

Marketers have been drawn to digital advertising because of the promise of targeting consumers with more precision. But the backlash over the quantity and intrusiveness of digital marketing, and the adoption of ad blockers, is forcing them to figure out other ways to capture users’ attention.

Advertisers like Coldwell Banker Real Estate LLC are embracing so-called native ads, which seamlessly blend into a user’s feed and are harder to distinguish from editorial content.

“Native ads have 50% higher click-through rates than any of our [display]banner inventory,” said Sean Blankenship, chief marketing officer of Coldwell, which shifted ad dollars out of display advertising this year and into native ads.

In television, almost half of U.S. homes have a DVR, fueling ad-skipping. And consumer frustration with lengthening commercial breaks has grown to the point where some media companies are now scaling back ad time and trying to put a new spin on the 30-second spot.

On Feb. 29, Comcast Corp.’s NBCUniversal sliced the ad load on some of its shows such as “The Voice” and replaced ad breaks with content sponsored by American Express.

At the beginning of “Late Night with Seth Meyers,” for example, the talk show host showed a video spoof of the movie “Mad Max: Fury Road.” At the end of the clip, a voice-over plugged Amex’s Blue Cash Everyday card.

AmEx said the campaign, which also included regular TV ads, drove a 50% increase in searches for the card and a 45% increase in card applications compared with the pre-campaign launch.

Some marketers are experimenting with virtual-reality technology to tell more immersive stories, while others are using precision targeting offered by social-media giants such as Facebook to zero in on specific audiences.

Belkin International, the maker of Linksys Wi-Fi home-routers and WeMo smart home devices, has been showing video ads about its products to people whose social-media profiles indicate they work at retail stores. Belkin’s objective: influence and inform retail workers, whom it relies on to recommend products to shoppers.

Johnson & Johnson is using data and analytics to figure out when a person might be most receptive to an ad and figure out what people need or want from the company. For years, it would target new moms with ads for baby toiletries, but after mining what consumers were saying on BabyCenter—a popular J&J-owned website that doles out pregnancy tips—J&J discovered that most moms actually shop for baby toiletries in the 26th week of their pregnancy.

For its Neutrogena sunscreen campaign last year, J&J automatically pushed out mobile banner ads when UV levels were high. The ads, which were served to people who were close to beaches or pools, would appear in the middle of beauty and fashion stories on a range of websites. Nearly 60% of consumers J&J surveyed said they would be more likely to try the sunscreen.

Alison Lewis, chief marketing officer of J&J’s consumer business, said that for decades, the company would create two 30-second TV spots, two billboard ads and five print ads every year. That is “not how the world works today,” she said.

Suzanne Vranica is the Advertising Editor for the Wall Street Journal, which is published by Dow Jones & Company. She has 15 years' experience at the Journal covering marketing and the inner workings of Madison Avenue.