A 50-year-old professor and mother in Tuscaloosa, Ala. A 19-year-old woman in Toledo, Iowa. A 48-year-old man who lives in Seattle.

All received free men’s razors from Gillette in recent weeks, along with wishes for a happy 18th birthday and a welcome to manhood — an amusing marketing misfire that left them wondering what led the brand to believe they were teenage boys.

“It came with a little booklet that says, ‘Your first shave won’t make you a man but your first real shave will get you pretty darn close,’” said Jennifer Greer, the Alabama professor, who has three daughters. When she saw the package was meant for her, she said she thought it was “hilarious.”

“Clearly, they have some bad algorithms or data set where they’ve misidentified someone in my household as a teenage boy,” she said.

Gillette, which is owned by Procter & Gamble, has mailed razors to young men for their 18th birthdays since the 1990s. It will send out more than two million razors this year as it places more emphasis than ever on introductory marketing, often earning enthusiastic and appreciative social media posts in the process.

But the free razors — and the “welcome to manhood” messages that accompany them — can be bemusing when sent to the wrong people, particularly in this age when seemingly every move people make online turns into a data point that helps marketers target them. A quick check of social media turned up people posting photos of the Gillette giveaway, with good-natured comments wondering why they had received it. 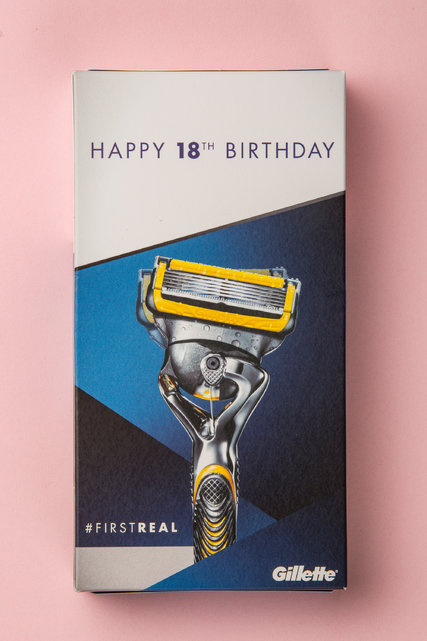 “Clearly, they have some bad algorithms,” said Jennifer Greer, an Alabama professor who received a razor.CreditTony Cenicola/The New York Times

Kody Meyer, a 19-year-old student in Toledo, Iowa, said she received an erroneous birthday razor last month, the second year in a row that has happened. She believes her name to be the culprit.

“I kind of understand because Kody isn’t exactly the most feminine name and I’ve had a lot of miscommunications, like being invited to a lot of football camps,” said Ms. Meyer, who informed the brand about its mistake on Twitter on June 30. Still, she added, “It’s not bad as far as promotions go — it is a really nice razor.”

Dear @Gillette
Two things: I am no longer 18, and no amount of shaving will make me a man.
I am keeping the razor though, it's really nice pic.twitter.com/5BvDZuEUPx

Gillette declined to disclose the data sources it uses to identify potential customers, though it says online that it may use sign-ups on its websites and opt-ins from retailers, as well as other “commercially available sources” like magazine subscriptions. That could also include lists from data brokers, which harvest information on people from a variety of places and sell it.

Gillette’s mailings are built on the idea that it is providing men with their “first real” (or #FirstReal) razors. The packages arrive with booklets outlining the differences between, say, a first suit and a “first real suit.” They also include lines like, “You didn’t claw your way into manhood only to shave with a toy.”

That made the package particularly odd for Jeddie Bristow, a 25-year-old student who lives in Cross Timbers, Mo., and received one in March, two months after her birthday.

“They’re talking about how it’s their first real shave, and I’m like, ‘I’ve been shaving since I was 11 — what are you talking about?’” said Ms. Bristow, who noted that she already buys Gillette’s Venus razors at Walmart. “But I used it because, hey, free razor, those things are expensive. But it was less than impressive, honestly — I don’t think it’s meant for leg shaving.”

Ms. Greer of Alabama was especially mystified by the birthday greetings because the mailing was addressed specifically to her “household.” 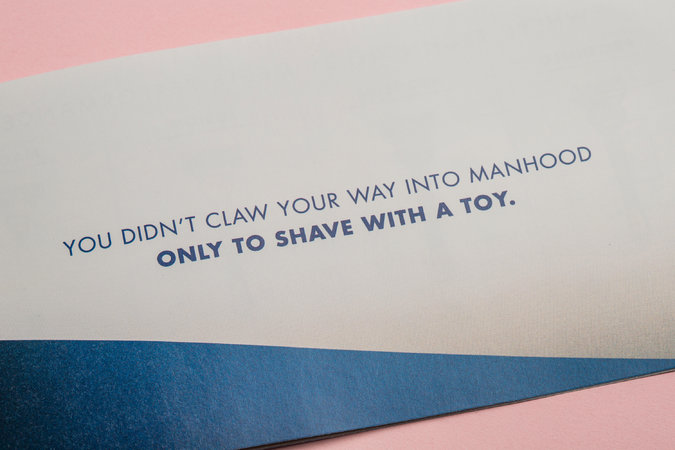 To determine recipients, Gillette says it uses sign-ups on its websites and opt-ins from retailers, as well as other “commercially available sources” like magazine subscriptions. CreditTony Cenicola/The New York Times

“My husband and I have different last names and then my kids all have my husband’s last name, so I’m the only Greer,” she said. No clues emerged from her magazine subscriptions or her Amazon account, she said, though she took a close look at the sports socks she bought for her father-in-law recently.

The error stood out to Ms. Greer given that many of the ads she sees online tend to be “freaky on point.” For example, she often likes posts on Facebook related to the St. Louis Cardinals, her hometown baseball team, and the University of Alabama football team, she said, and recently saw an ad for a shirt that read, “My two passions in life are the St. Louis Cardinals and the Crimson Tide.”

“That was creepily specific to me to the point it’s disconcerting,” she said.

The razor was a harmless mistake at the opposite end of the spectrum and so entertaining that she wondered if Gillette did it on purpose in hopes of getting people to post about it on social media, she said.

Bret Dodson, a 48-year-old in Seattle who works in cancer research, posted to Facebook about receiving the package on June 27, joking that the company was “only 30 and a half years late.” He said in an interview that he had not liked or followed the brand on social media or made any online purchases that would indicate he was 18. He assumed the company had bought a faulty batch of data that skewed some of its mailings.

“I work with a bunch of young people and so I’m very frequently joking about ‘us hip young millennials,’” he said. “But I don’t think I’ve ever entered myself as a millennial online because I don’t know what I’d put as my date of birth. Maybe Gillette is really good with data mining and they know I joke about being younger than I am.”

Gillette has been under pressure in recent years as it has lost market share to online upstarts, including Dollar Shave Club, which was purchased last year by Unilever. The birthday mailings include a promotion for an on-demand service from Gillette, which allows people to reorder blades using text messages. Razors and shaving-related products account for 11 percent of Procter & Gamble’s annual sales and 15 percent of its earnings.

Barbara Diecker, a spokeswoman for Gillette, said the number of mix-ups was “very small” over all. She added, however, that such reports might increase after bigger mailings and that the brand had “just sent out a fairly large shipment over the last few weeks.”

“As you can imagine, it takes a lot of data to reach two million men — and there are a number of steps between identifying the men, securing shipping information and then fulfilling the razors,” she said. “When dealing with such a large volume over a period of time, there are apt to be some mishaps.”