Risky campaigns can shock and inspire awe, but more importantly, they can be a force for good. Chris Freel shares a few of his favourite risky campaigns that led to more than a path to purchase. 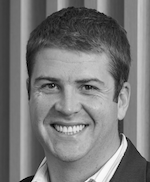 As a kid I was always a risk taker, I was a sucker for peer pressure. “Jump over the hedge Chris, you’ll be ‘right”, and so I would, and nine times out of 10 I was alright. Don’t get me wrong, I was scared, always scared, but the adrenaline and excitement would take over and outweigh the fear.

Then came the time it did go a little wrong. We were jumping off a garage roof onto a mattress, and each time the mattress would get further away. As I went for the final leap, I knew I wasn’t going to make it; my body froze, and I panicked. Rather than put my hands out in front to try and break my fall, I forgot and cracked my head on the paving and it split open like an egg. Fast forward and twelve stitches at the hospital followed, providing a scar that still shines brightly today. But would I go back and change that?

Even though I paid the consequences, it was a learning experience and my first realisation that taking risks could pay off. Above all, the key lesson that stuck was that it was probably a good idea to measure – in this case literally – the risk.

Risk is an essential part of life. It is defined in its purest form as a situation involving exposure to danger. But ‘danger’ is very subjective. What is dangerous for you may be different to what the person next to you sees as being dangerous. For brands, danger is often seen as change, detracting too much from the beaten track. ‘Stick to what you’re good at!’ After all, for many brands it has taken years to build up a following, a reputation and a business.

But now more than ever, brands are finding it hard to cut through and competition is at an all-time high. So how can they evolve and grow? For many, a shift to purpose is the answer and I believe that all brands should think about not just how much money they can make, but also about how they can make the world a better place. This doesn’t come without its challenges.

It can be bloody scary. It can mean a complete pivot in strategy and will often mean putting your neck on the line. However, it can also be the most fulfilling thing that you will ever do. Where business and personal values collide to create win/win scenarios all round. If you get it right then it can work for your brand, work for society and work for your bottom line. It is the future for brands who still want to have a business in years to come. Millennials have a global spending power of US$2.5 trillion and 95% of them would switch brands tomorrow for one that supports a cause, according to a Cone Communications CSR Study.

So, who is doing it well and what are the key lessons for success?

Patagonia – be genuine and true to your brand

Patagonia lives and breathes its mission. It is ‘In Business to Save our Planet’ and it is fully focused on this. Patagonia donates at least 1% of its time, services and sales to grassroots organisations protecting the planet. But as the climate crisis has worsened, Patagonia has taken more responsibility on activism and fighting governments. It also took a big risk as the first corporate to sue the President and donated all of its earnings from the US Government’s tax cut back to the planet – a US$10 million gift.

Not many brands fight against the US Government, and although a big risk that is costing millions of dollars, it is pivotal to Patagonia’s brand and values and because of that, its following has grown and loves the brand even more. As it states, it has been in business for more than 40 years, providing tools and clothing for those who embrace nature, and if it wants to continue to do that for the next 40 years, then it needs to ensure we still have nature to embrace.

Adidas and Parley – what started as a test is now mainstream

In 2015, Adidas teamed up with Parley for the Oceans and in 2017 created one million pairs of sneakers made from ocean waste. What started (in Adidas’ terms) as quite a small test has quickly become core to its entire business strategy. Five million pairs in 2018 and 11 million in 2019, as the movement now expands into apparel, too. It is playing its part in tackling one of the world’s biggest environmental problems and not only is it cleaning up the oceans, Adidas is also cleaning up financially.

The Parley range is the most sought-after sneaker in the US and can retail at upwards of US$300. It is good for the planet and very good for the bottom line. As Adidas looks to grow this strategy, it recently announced a 100% recyclable shoe and is also growing this into broader clothing ranges.

Burger King: ‘A Day Without Whopper’ – tactical can work if it is clever

Some may say it’s cheeky, and some may say it’s just a clever marketing stunt and both would probably be correct; but the move also saw an overwhelmingly positive response because good is good regardless. And we all love clever and cheeky.

The ‘Fearless Girl’ statue was created from an idea by McCann New York for SSGA to celebrate the anniversary of its gender diversity index fund and promote gender diversity in leadership. Its installation in 2017, facing the Charging Bull statue in Wall Street, was originally granted for one week but remained for more than a year before being moved to another site in the New York Stock Exchange. SSGA, which was almost unheard of outside of the industry, was propelled into the public eye and this campaign has almost become the SSGA brand.

Taking a stance on gender diversity was bold for SSGA. It has not been without its detractors, and it had to ensure that its own house was in order. But it has stayed true to this focus and it, in turn, has enabled SSGA to gain credibility and respect. On top of that, it has driven results in its quest for gender diversity on boards.

I believe that the biggest challenges in our lives reap the biggest rewards. It requires bravery, belief and sometimes risk. Above all, it requires you to do something. Haters are always gonna hate, but the rewards out there for those who are brave and clever enough to follow a true course are well worth it.