How Bono, Apple And LinkedIn Make Presentations Engaging And Memorable

An estimated 350 PowerPoint presentations are given every second around the world. How many are ‘boring’ is impossible to know, but as a communication advisor who watches presentations every week, I’ll make an educated guess—the majority of them.

In my opinion, the problem has never been the tool itself. We don’t have a PowerPoint crisis; we suffer from a creativity crisis. In fact, PowerPoint presentations in grade school or high school are often more enjoyable to watch than those given in corporate settings. Young people raised in the Instagram generation are more likely to create presentations loaded with pictures, videos and multimedia elements—the very components that neuroscience tells us are more effective when presenting data or information.

From time to time in this column I offer very specific tips and strategies to make your next presentation far more engaging and memorable. Today, let’s tackle the problem of presenting data in a more engaging way, especially a key statistic or number that you want your audience to remember and act upon. Whether your presentation software of choice is PowerPoint, Prezi, or Apple Keynote, the strategy works the same. Data is more impactful when it is personal, contextual, and tangible.

Data is abstract and unemotional. Data is simply a number, statistics or group of facts. The people behind the data are far more interesting. The U2 singer, Bono, delivered a thought-provoking TED Talk titled, The Good News on Poverty. He wanted to highlight the stunning progress being made reducing extreme poverty. The presentation was designed in Prezi, an online presentation tool growing in popularity. 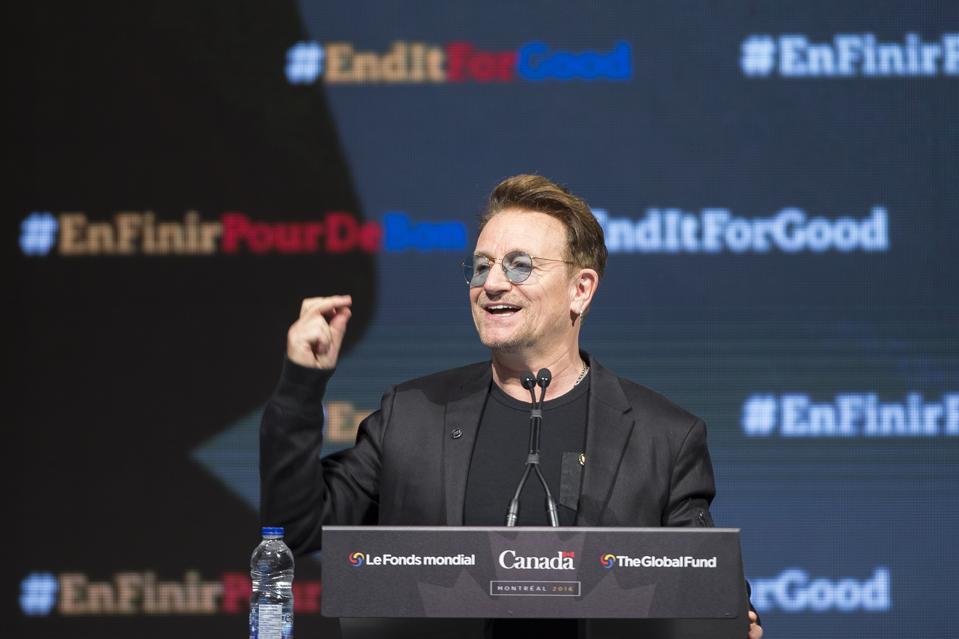 First, Bono ran through a list of facts and figures: “Since the year 2000 there are eight million more AIDS patients getting life-saving antiretroviral drugs…For kids under five, child mortality is down by 2.65 million a year. That’s a rate of 7,256 children’s lives saved each day.”

In the very next slide Bono showed photographs of two those children who were saved, Michael and Benedicta. He told their personal stories, bringing the data to life. Some numbers are simply too large for people to get their minds around. Add a face to the data and the presentation will stand out.

In 2010, one year before LinkedIn went public, I met with a marketing team who had the task of developing a sales presentation to persuade companies to advertise on the platform and to use it as a recruiting tool. At the time, three million members a month were signing up for LinkedIn. A person in the room casually mentioned that it was “three times the population of San Francisco.” We loved it and wrote the message in the “talk track,” the suggested script for the sales staff. The field sales professionals took it one step further. They adapted the message for different audiences in specific cities. A pitch in New York might reference Yankee Stadium or Madison Square Garden. For example, “LinkedIn is attracting three million members a month; that’s like filling 55 Yankee Stadiums…every 30 days.”

Apple co-founder Steve Jobs used this technique brilliantly. He never left a statistic hanging. He would build a story around data by putting the number into context. For example, the first iPod came with 5 GB of storage. Few people remember that statistic; but they remember what came next—5 GB is enough storage to fit 1,000 songs in your pocket. Jobs was an extraordinary communicator. He realized that nobody cared about “5 GB,” but they would care about how many songs fit in their pocket. “1,000 songs in your pocket” went on to become one of the greatest product slogans in history. Context matters.

Making data “tangible” is a tall order. But it can be done and, when done well, it makes for a memorable and engaging presentation. I recall meeting with a group of law enforcement personnel from a variety of state agencies. They made up an anti-terrorism task force. They were concerned about the decaying locks and gates protecting sensitive areas. Instead of simply putting up a PowerPoint slide with the number of locks that needed to be replaced, along with their costs, they gathered together boxes of broken locks, chains, and fence parts which they had cut off with heavy duty wire and copper-wire cutters. They emptied the boxes on a hard table. The clanking made an impression on the budget committee, who quickly approved the task forces’ funding request.

In your very next marketing or sales presentation, decide on the key data point that you want the audience to remember. Build a story around it. Make it personal, contextual and tangible. The results will be worth the extra effort.

I am a keynote speaker and communication coach. I am the author of seven international bestsellers including my newest book "The Storyteller's Secret: From TED Speakers to Business Legends, Why Some Ideas Catch on and Others Don't. I also wrote the bestselling books Talk Like TED, The Presentation Secrets of Steve Jobs and The Apple Experience. I graduated from UCLA and have a master’s degree in journalism from Northwestern.