British fashion label Burberry’s terminated experiment of having Christopher Bailey serving as both chief creative and CEO holds lessons for others in the luxury sector.

On July 11, the house announced that Mr. Bailey would be stepping down as chief executive, taking on the role of president in 2017, when Marco Gobbetti will join the brand as its new CEO. With the luxury industry facing challenging times due to geopolitical and economic turbulence, Burberry is not likely to be the only brand to see changes in leadership.

“There’s no question that Christopher’s skills as it turns out lie in being a great creative as opposed to operational,” said Milton Pedraza, CEO of the Luxury Institute.

“Luxury has not had such a difficult moment with so many factors affecting it on the downside in a generation,” he said. “Even the 2008 recession, everybody knew that if real estate came back and the stock market came back, people would go back to their old buying habits.

“This is uncharted and unpredictable territory now, where there are so many factors working in such as chaotic way on the luxury industry…I think it’s not only Christopher not having the operational skills, not having what we call adaptive expertise, the ability to adapt in a complex environment.”

Mr. Bailey took on the role of CEO in 2014 in addition to his creative duties when Angela Ahrendts left for Apple.

The luxury landscape in 2014 looked very different than it does today. Between China’s bubble, Brexit, the pound’s deflation, changing consumers habits and the shift toward digital and ecommerce, the industry is much more uncertain than it was just a few years ago.

This era of uncertainty requires more complex decision-making and leadership than was needed before, when strategy was more direct and obvious.

“It was unfortunate that he took on both jobs at a time when things are so complex, and where you need more operational expertise right now than perhaps creative expertise,” Mr. Pedraza said. “Maybe you need both, but clearly one person cannot do both. I think that’s what was proven out.

“Maybe in easier times, he might have been able to do it, but this is so complex,” he said. “I don’t even look at it as a demotion. I look at it as a change that was necessary and he graciously accepted.”

Burberry, as with a number of other brands, is being stretched. 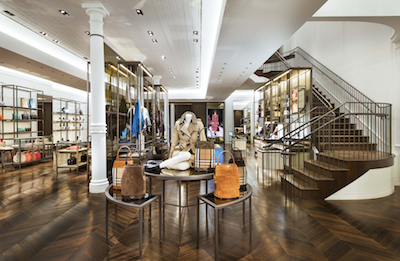 The company’s revenues dipped 1 percent for the 2016 fiscal year, leading the public company to unveil a three-year plan aimed at improving profitability.

Burberry’s 2.5 billion pounds, or $3.655 billion, in revenue for the year was slightly behind 2015’s figures, but the brand remains optimistic about the future. The label is establishing a three-year strategy that will cut costs by 100 million pounds, or about $146 million per year by 2019, enhance productivity and spur revenue growth (see story).

“Burberry’s challenges are more operational than creative,” said Chris Ramey, president of Affluent Insights, Miami. “They’ve made strategic mistakes in China and the United States that have to be fixed.

“Keeping Bailey was in their best interest,” he said. “There is value in continuity.”

“You need a plan to innovate on product, and you need to dramatically shift your front line people from being transactors to expert relationship builders,” he said. “So they need to build true relationships with their clients, not transactions.

“And they need to make those two—the product and relationship building—into competitive advantages, which means that they need to sit way up on the bell curve because they are high performers. They need to be experts at learning and execution, and very few companies right now are prepared for that task.”

Mr. Pedraza predicts that other brands may be “casualties” of an inability to adapt, estimating that about half of CEOs are not prepared to deal with the complexities of today’s market. According to him, Burberry’s position is a sign of a larger trend in the industry that extends beyond hard luxury goods into other services and products that target the wealthy, such as yachts and real estate.

With Burberry’s revenues in decline, this leadership shift will enable Mr. Bailey to focus on where his talents lie most: in design. Taking over for him will be Mr. Gobbetti, an industry veteran with 20 years of experience, who is currently at Céline. 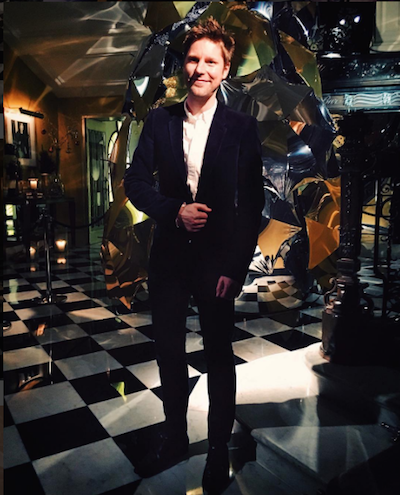 “The board firmly believes that these new leadership roles coupled with actions, identified in the recent business review, will significantly enhance our ability to deliver long-term sustainable growth and sector outperformance over time,” said Sir John Pearce, chairman of Burberry, in a brand statement.

“Since taking on the combined role of chief executive and chief creative officer, Christopher Bailey has done an excellent job set against a backdrop of challenging market conditions,” he said.

“The review that he has led into our ways of working is the blueprint for the next phase of Burberry’s evolution. To maximize our ability to successfully implement these plans, Mr. Bailey identified the need for a new chief executive for the business who could partner with him as we execute on the new strategies and I am excited to see what they will do together.”

For years, Burberry has been known for its digital prowess and as an early adopter of everything from Snapchat to Apple TV.

Burberry scored the highest in L2’s Digital IQ test for fashion brands. In addition to success on emerging platforms, updates to its mobile site have tripled while legacy investments such as “Art of the Trench” continue to find success with regional updates (see story).

On the other hand, Mr. Gobbetti’s employer since 2008, Céline, is almost the complete opposite, with no ecommerce, no social media accounts, a simple Web site and limited digital marketing.

Given that Burberry’s modern brand positioning partly hinges on its innovation, it is unlikely to regress within digital. However, this may be a case where Mr. Gobbetti’s experience driving a brand with mostly traditional channels will need to mix with digital expertise within the Burberry team.

“Looking at things through a digital lens, Burberry’s decision to name Gobbetti as CEO was an interesting one, considering that he comes from a brand with little digital prowess,” said Elizabeth Elder, L2 research associate.

“The managerial movements can be perceived as indicating a shift in priorities, from digital engagement to fiduciary responsibility,” she said. “It remains to be seen what will happen with Burberry’s place as an industry leader in digital, as it will depend upon Burberry’s ability to not only maintain—but continue to grow—it’s digital footprint.

“In the luxury fashion space, Burberry has established itself as a trailblazer in the digital sphere. This has undeniably contributed to the brand’s success.

“We will have to wait and see how Gobbetti’s leadership unfolds with respect to digital, however the brand shouldn’t rest on their laurels. It will be necessary for Burberry to maintain their innovations in digital if they hope to increase profits moving forward.”

Leadership and strategy should not be limited to the CEO and creative director, but rather spread among a team of individuals with specific abilities and expertise. With the changing luxury industry, decades of experience does not always translate to preparedness for today’s market.

“Gobbetti will dissect every initiative including digital,” Mr. Ramey said. “Its existence doesn’t mean it is successful. Nor does Gobbetti’s lack of digital experience predict its demise.

“Each position requires a specific skill set,” he said. “It’s rare when one person possesses the necessary left and right brain processes for a billion dollar brand.”