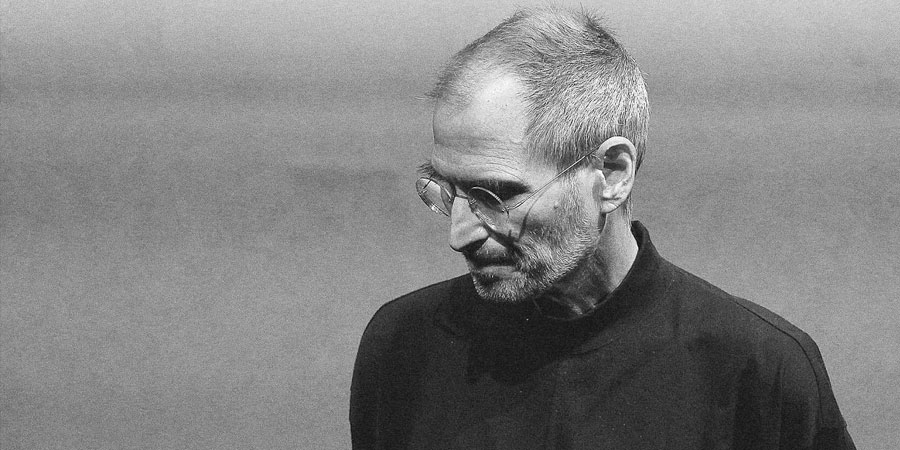 In the half decade since Jobs’s death, design has come into its own as competitive lever for businesses, a set of practices for solving important problems, even a method for optimizing your life. This past summer, I interviewed dozens of designers, design scholars, entrepreneurs, and CEOs for a potential book on the role of design in Silicon Valley. Some of the people I spoke with lead some of the biggest tech companies, but most are young designers-turned-startup founders. In either case, time and again, Jobs’s name came up as reference point, illustration, or exemplar. I don’t think that I’m exaggerating when I say that he remains the most idolized recent CEO and design obsessive.

What can product designers who aspire to be Silicon Valley titans learn from his example? What does it take to be the next Steve Jobs? He’s held in awe by both design and business types because he was so good at balancing the two without compromising on either. Designers respect him because he was obsessive-compulsive when it came to the smallest detail of a product and angrily averse to mediocrity. “Never send a suit to do a pirate’s job,” he would say. But the lesson for designers is that Jobs was also a great designer of organizations, who understood the importance of building a culture and process for design excellence. From my research, I came up with a handful of essential Jobsian traits that you need to possess in abundance if you’re a designer who wants to be the next great design-tech leader.

First, you need colossal ambition. And I mean to the nth degree. It’s rare that massive new product categories are launched at established companies. But after Jobs returned to Apple as CEO in 1997, he did it five times. To take the most inescapable example, this summer Apple sold its one billionth iPhone.One billion. Since Jobs introduced the first version, nearly a decade ago, the iPhone has gone on to become the most successful commercial product in human history. It catalyzed people’s insistence that their interactions with technology be frictionless and delightful.

Now, it’s unlikely that anyone will be able to replicate the extraordinary success and influence of the iPhone, but if you want to become Steve Jobs, you have to aspire to that kind of wildly unrealistic, era-defining impact.

A second characteristic of what made Jobs Jobs is one that’s never gotten much press. The stories that get told about Jobs are always of how exacting he was, down to the type of wood tables he wanted for the Apple Stores. I witnessed this for myself once, when he and Jim Yurchenko—who helped to build the first Apple mouse—got into a shouting match because Jobs insisted that the internal components of a product, which no consumer would ever see, needed to have a certain polished finish. The insides! So, there’s no doubt that Jobs was a designer’s designer down to his marrow, and these sorts of stories make for good copy. But the underreported feature of his success was how adept he was at switching focal points and letting go of his fixation on simply the product.

Jobs knew how to zoom out from his microscopic attention to detail and consider the big-picture needs of Apple—then zoom back in again. He was unyielding in his vision that the design of the iPod be simple and elegant—but he was equally cognizant of the fact that its success depended as much on making favorable deals with the music industry. My favorite example of his dexterity at shifting from unsparing designer to expansive-minded CEO was when he returned to Apple and the company had 12 different marketing departments, each with sizable budgets, each running multiple campaigns. Jobs consolidated all the disparate departments down to one, which gave him the resources he needed for one single campaign: Think Different.

If you’re a designer who, likewise, wants to build high-impact technology, you also need to understand the proper ratio of tweaking pixels to executing strategy.

Another aspect to being Steve Jobs was his gift for storytelling—his uncanny skill at reading the audience, finding the right way to frame a story, and galvanizing others around a shared (re: his) vision. Bud Tribble, who was a member of the team that built the original Macintosh, talked about Jobs’s knack for convincing people to do things they themselves thought were impossible through charisma, will, and sweet talk.

Now, I’m not expecting young entrepreneurs to do the “reality-distortion field” thing that Jobs was known for—and please, no black turtlenecks. I just mean that if you want to launch something ambitious on the scale of Jobs, you need to get amazing (not adequate) at communicating why people—investors, consumers, prospective hires—should care about whatever it is you’re trying to build. The “one more thing” teaser that Jobs used to drive journalists and Apple enthusiasts wild with at big keynotes wasn’t a function of his charm—it was an old narrative trick called a cliffhanger. Great storytelling can be your most powerful tool for disseminating and scaling your vision.

Steve Jobs’s true brilliance was in designing a system for repeatable genius.

4. Let The (Other) Geniuses Thrive.

Lastly, Steve Jobs is remembered as a singular genius. And there’s no doubt that he was an inspired and unique mind. But a key component to his genius was his ability to find talented people and rally them around his cause, without which he probably would’ve ended his days as the best used car salesman in Cupertino. Without Steve Wozniak’s engineering prowess, Jony Ive’s keen design acumen, or Tim Cook’s gift for building out unrivaled supply chains—Jobs would not have been able to produce the first Apple computer or the iPod, or manufacture an iPhone that didn’t retail for $4,000.

Healthy as his ego was, Jobs wasn’t deluded about this fact. He once said, “Great things in business are never done by one person, they’re done by a team of people.” Steve Jobs’s true brilliance was in designing a system for repeatable genius. If you’re someone who wants to be the next Steve Jobs—someone who wants to build delight-giving, world-changing tech products and companies—this is the Jobsian trait you most need to emulate.

Steve Vassallo is General Partner at Foundation Capital, and a former designer at IDEO.