This week the ANA (Association of National Advertisers)  awoke from its decade-long coma and decided to find out how its members have been getting screwed out of billions of dollars by the programmatic ad ecosystem. Nope, you can’t put one over on the ol’ ANA.

The group issued an RFP for someone to study the impossibly arcane and corrupt programmatic  apparatus and explain to them why their members have been getting fucked blind all these years. 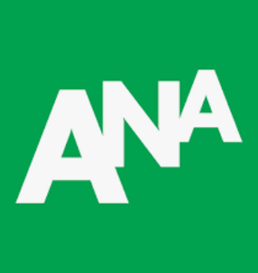 The ANA may very well be the most feckless trade association in the glorious history of feckless trade associations. These are the guys who…
– Have fought every initiative to protect consumers, democratic institutions, and their own members from the dangerous, slimy adtech ferrets who have been responsible for the very mischief they are now looking to expose.
– Reported to their members in 2019 that the “War On Ad Fraud Is Succeeding“ at exactly the time it was exploding.
– Reported years ago that only 25% of online ad dollars ever reached the consumer, and since then have done…what? Whine? Hold meetings? Support the miscreants?
– Oh yeah, and after months of back-and-forth cancelled a podcast they had asked for with a certain blogweasel 20 minutes before the recording because “it had snowed” the night before. Not that I hold a grudge…

Continuing the insane, willful denial of criminality and corruption in adtech world, the CEO of the ANA issued a delightfully hilarious disclaimer when he announced this cockamamie RFP: “We’ve not necessarily heard rumors saying there was any kind of misappropriation, … We are saying the way the ecosystem was constructed is not optimal…” Give me a fucking break.

The motivation for this initiative seems to be coming from a study conducted by the British ISBA and auditors at PwC. After two-years of research they reported that 50% of programmatic ad dollars never went to advertising, but were vacuumed up by the adtech vampires before they got to online publishers. Perhaps equally disturbing was that 15% of all ad dollars (and 30% of the “non-working” dollars) were completely untraceable and unaccounted for among the most sophisticated and highest profile advertisers like Disney, Unilever and Nestlé. Imagine what the numbers must be for losers like us.

Overall, the ISBA found that only 12% of ad dollars tossed into the programmatic sausage machine were traceable end-to-end. With over $300 billion invested annually in online advertising, and 80% of it run through the programmatic black box, the amount of money unaccounted for is staggering.

Perhaps the most remarkable thing about this whole programmatic shit show is how the trade associations pretend they still haven’t connected the dots between adtech and… fraud, corruption, absence of transparency, ineffectiveness, consumer disgust, public disrepute and the breathtaking evaporation of their constituents’ money.

Mr. ANA, I think I can save you a lot of time and cash. Cancel your stupid, unnecessary RFP and tell your dumbshit members to stop their programmatic dumpster diving and buy directly from quality publishers. No charge.

And suppliers beware: I suspect these clowns are sending out an RFP to find someone who’ll provide cover for them for their years of ignorance and incompetence. If you really want the gig slip the ANA a little note saying, “We already know what’s wrong. It’s everyone’s fault but yours.”