Marketing in the Moments, to Reach Customers Online 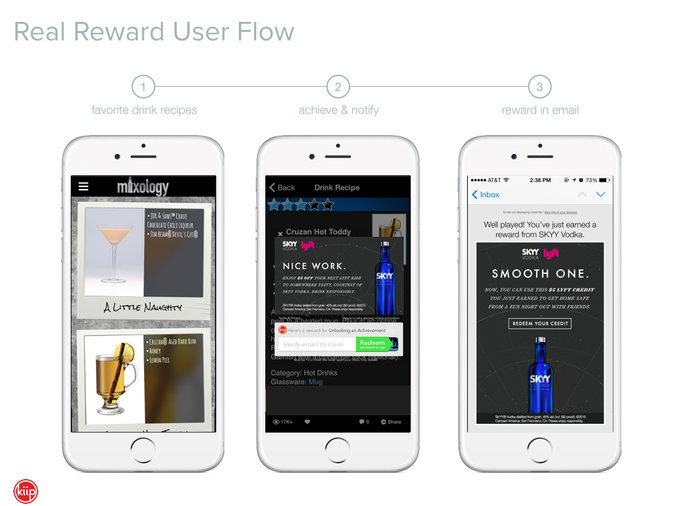 MOMENTS are having a moment in advertising. Or at least a micromoment.

As people flit from app to app online, they have little patience for any interruption, especially a banner ad or, heaven forbid, a 30-second commercial. Moments, whether they come during a 10-second Snapchat video or Twitter’s new collection of real-time news bites — called, fittingly enough, Moments — increasingly are all companies have to market against.

Companies that buy and sell online advertising are increasingly taking aim at these fleeting instances. They are hoping that targeting people based on what they are doing on their mobile devices at a particular time might make them more receptive to the message.

Last fall, for instance, the spirits company Campari America targeted liquor consumers aged 21 to 34 while they were in neighborhoods with lots of bars and restaurants. Using Kiip, a San Francisco firm that places ads in mobile apps, Campari offered consumers $5 off from the ride-sharing service Lyft when, say, they checked a score on an app while at a sports bar. More than 20 percent redeemed the offer, a high rate for digital ads. 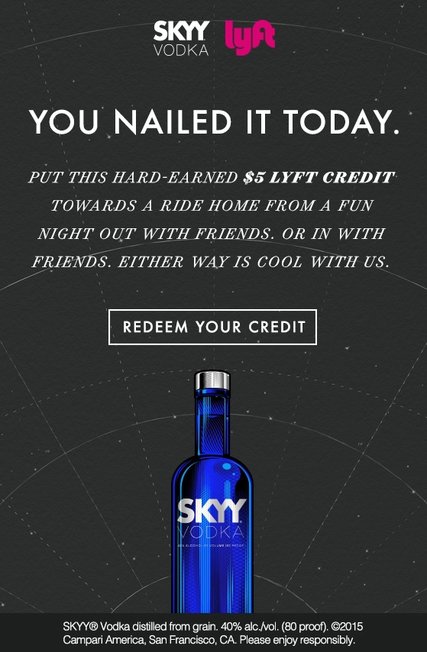 Some ads offered a $5 credit on rides with Lyft.

“The attention span of consumers today is, what, eight seconds?” said Umberto Luchini, Campari America’s vice president for marketing. “You get one shot.”

And an ever more brief one at that. Google, which has always matched its tiny search ads to moments of curiosity, has been counseling marketers since early last year to aim at even more evanescent “micromoments.” Those are the dozens of times a day that people pick up their phones to look up information, research a product, or find a local restaurant or store. Dunkin’ Donuts uses this method to target people who search for “coffee near me,” providing a map and wait times at nearby locations.

That means marketers must be omnipresent with apps, a social media presence, short how-to videos and the entire range of digital ads. They can be search ads, or those like Kiip’s that offer a reward, or Google’s local inventory ads that reveal what is in stock in a nearby store, or click-to-call ads that dial up a business with a tap. More important than the format, the ads must appear at the instant people need the information.

Reaching people at key junctures has always been a staple of advertising: billboards ahead of a highway exit, beer ads during halftime of the Super Bowl, digital search ads. The terminology is not all that new, either. A.G. Lafley, executive chairman at Procter & Gamble, where Ms. Gevelber once worked as a brand manager, coined the term “first moment of truth” in the 2005 book “The Game-Changer,” written with Ram Charan. It describes the point at which a consumer forms an impression of a brand.

The difference today is the rise of mobile phones as the consumers’ tool to find or do almost anything. That has introduced several wrinkles to the way marketers can influence and track how consumers decide to buy something. Global Positioning System navigation provides precise location data, apps track people’s every tap and swipe, and sensors such as accelerometers can even tell if people are sitting, walking or driving.

The herky-jerky nature of app use, much lamented by marketers, has an upside, too: There are now many more times during the day when consumers are engaging in discrete activities, between which they may be primed to see a related message.

It is not just a matter of reaching people at a particular time of day, a capability advertisers have employed for decades. Randy Wootton, chief executive of the ad technology firm Rocket Fuel, which recently announced a “marketing in the moment” approach, refers to ancient Greek concepts of time: chronos, or sequential time, and kairos, a moment of opportunity independent of linear time. The latter, of course, is the one his company claims to employ for marketers.

Another key, said Brian Solis, a principal analyst at Altimeter Group, a market research firm, is that the ads need to be more useful than they are attention-getting. According to a Google survey, 51 percent of smartphone owners have bought from a different company than they intended on the basis of information found online.

“There are more jump balls, and now we can capitalize on those moments,” said Jared Belsky, president of the New York digital agency 360i. One client, Red Roof Inn, linked flight data from the aviation software company FlightAware with Google’s search ad system to target travelers stranded at airports — but at very precise moments, such as when O’Hare Airport in Chicago experienced a major flight cancellation. Then, the system automatically raised the hotel chain’s bids for ad space enough to win the top spot in three-quarters of search results for queries such as “hotels near O’Hare.” The company experienced a 60 percent jump in room bookings from those searches.

However, to build brands, an effort that accounts for the majority of ad spending, companies need more than a moment. And few marketers currently have all the skills needed for moments-based marketing, such as ethnographic studies of their customers and the ability to match customer data to the right context, according to a report released last July by Forrester Research. Without those skills developing throughout the industry, the latest scheme to reach peripatetic consumers could prove, well, momentary.

A version of this article appears in print on January 18, 2016, on page B5 of the New York edition with the headline: Marketing in the Moments, to Reach the Mobile Customer. Order Reprints| Today’s Paper|Subscribe