The report was based on data from Google paid and organic US desktop searches conducted in the first 13 weeks of 2017 for millions of keywords.

The researchers calculated paid visibility and SEO/organic visibility scores for sites/advertisers based the number of times domains appeared in search engine results pages (SERPs), domains’ prominence on SERPs, and how domains ranked for competitive keywords.

Amazon.com has the highest visibility score for Google’s pay-per-click (PPC) units on US desktop search pages. In other words, its ads have the highest combination of volume and prominence on paid results for keywords. 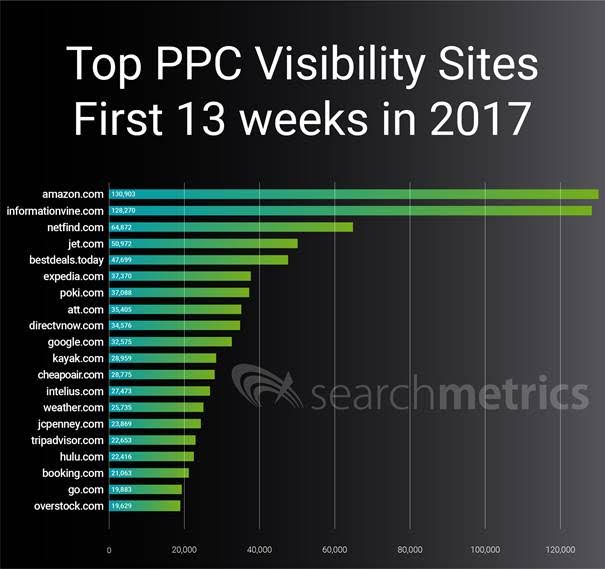 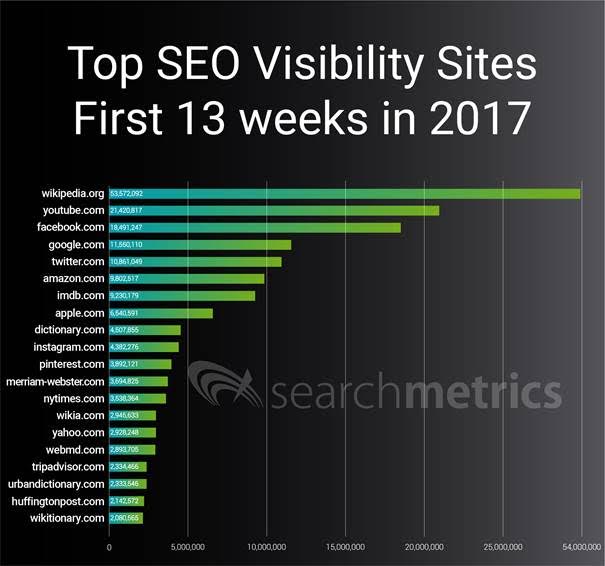 About the research: The report was based on data from Google paid and organic US desktop searches conducted in the first 13 weeks of 2017 for millions of keywords.