How Do You Measure Passion? Figuring The Value Of Social Media Followers 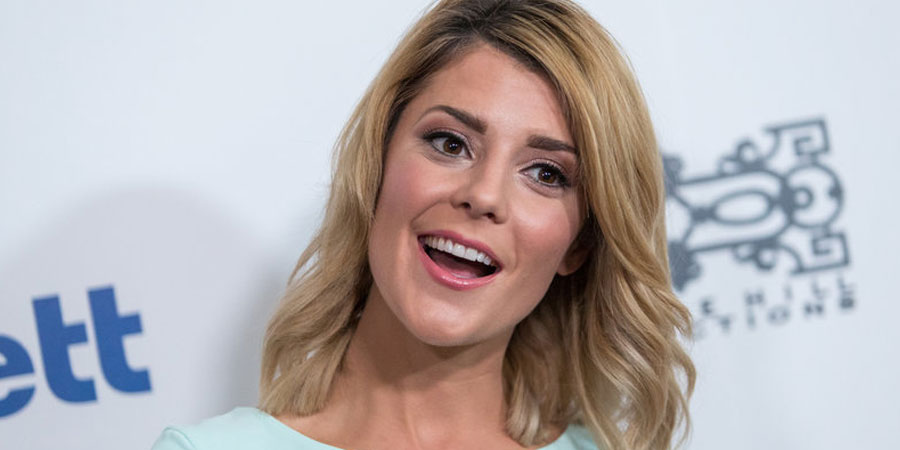 Comedian and actress Grace Helbig is a star on YouTube. “Having an audience that listens to and resonates with your creative ideas is invaluable,” she says. Paul A. Hebert/Invision/AP

“Look at someone like this guy right here,” Alex Taub says, intently peering at his laptop screen.

We’re in Taub‘s office right off Union Square in New York City. It’s the headquarters of SocialRank, the startup he co-founded. SocialRank shows companies and public figures with brands to promote which of their followers on Twitter and Instagram are most valuable.

Taub‘s pulled up his own Twitter account to show me one of his own followers, someone who seems valuable.

“This guy’s got 1.4 million followers,” he says admiringly. “That’s crazy. That’s like, more followers than some of the big celebrities.”

But here’s the thing. This guy tweets a little but almost no one ever responds. No one cares. In spite of all those followers, he’s not really valuable, Taub says.

Worldwide, ad spending on social media was estimated at nearly $24 billion last year. And figuring out the value of social media followers is a burgeoning business. Companies like Klout, Moz, Fruji and Markerly are all in the game.

“Within the industry now, there’s a strong belief that what you really want is a passionate audience, even if it’s slightly smaller, versus a larger, meh audience,” says media analyst Alan Wolk.

That’s a change from the conventional wisdom of the past 10 years, which has been about accumulating as many followers as possible.

“Most brands, they’ve been building these massive audiences over the past five to 10 years but they’re not doing anything with these people,” Taub says.

He points to a huge company like Nike. It can blast tweets to all of its 5.7 million followers on Twitter, but also target them by drilling into their data.

SocialRank’s software analyzes the Twitter bios of its clients’ followers. It looks at what people tweet and how often they engage. Then it lets its customers filter and sort followers into categories, for example, showing which are soccer fans. Or soccer fans in Boston. Or who’s also following Adidas. All this can be used for specific promotions and direct marketing.

SocialRank also shows which followers fall in the coveted category of “most valuable.” But what does that mean?

“Ultimately it comes down to how engaged these followers are,” says Drew Baldwin. He co-founded Tubefilter, a company that curates and charts online videos.

“The likes, the retweets, the reblogs,” adds his co-founder, Josh Cohen.

Valuable followers will retweet videos and promotions. They’ll warmly talk about brands, and their followers will pay attention. But how do you measure this kind of passion? “There’s no real standard yet,” Baldwin says. “That’s the next big problem to be solved in social media and online video.”

Cohen adds that another problem is figuring out if followers on certain platforms are more valuable than followers on others.

YouTube star Grace Helbig has lots of views and lots of followers. More than 2.8 million people subscribe to her YouTube channel. The comedian and actress has her own, generous algorithm for determining their value.

“Having an audience that listens to and resonates with your creative ideas is invaluable,” she says firmly.

If you’re an artist, anyway. For marketers, what’s invaluable is converting that resonance into commerce.