Consumers interact most with very short Facebook posts, according to recent research from BuzzSumo.

Posts that are less than 50 characters long garner the most overall engagement (combined shares, likes, and comments), on average, the analysis found. Interactions drop significantly for posts longer than 50 characters.

Posting to Facebook during off-peak times, such as very late at night, and on off-peak days, such as on Sundays, leads to more engagement, on average, the analysis found.

Check out the infographic for more insights from the report: 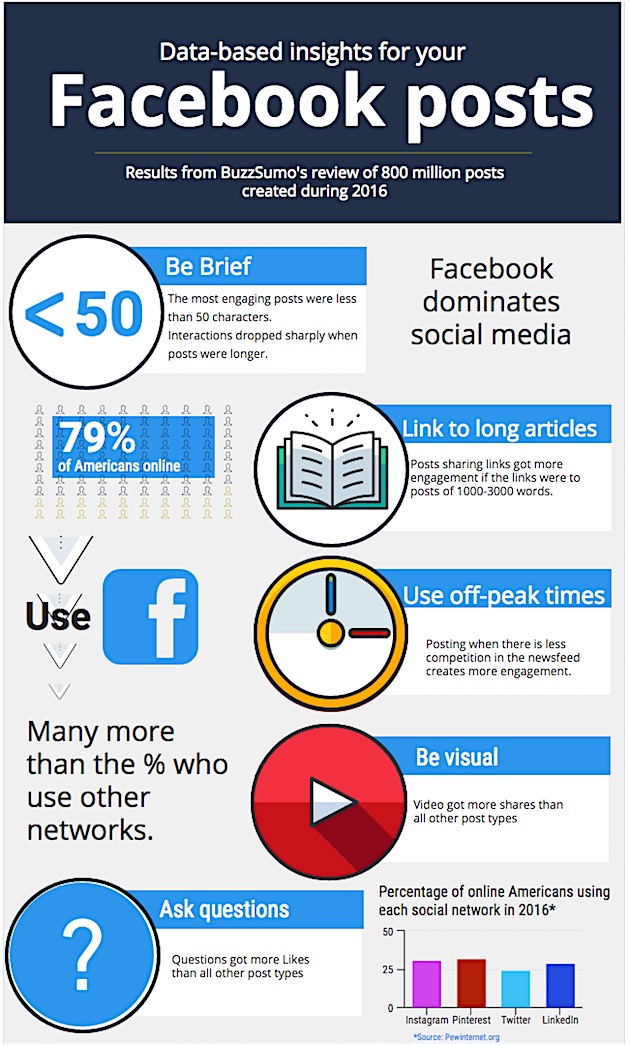