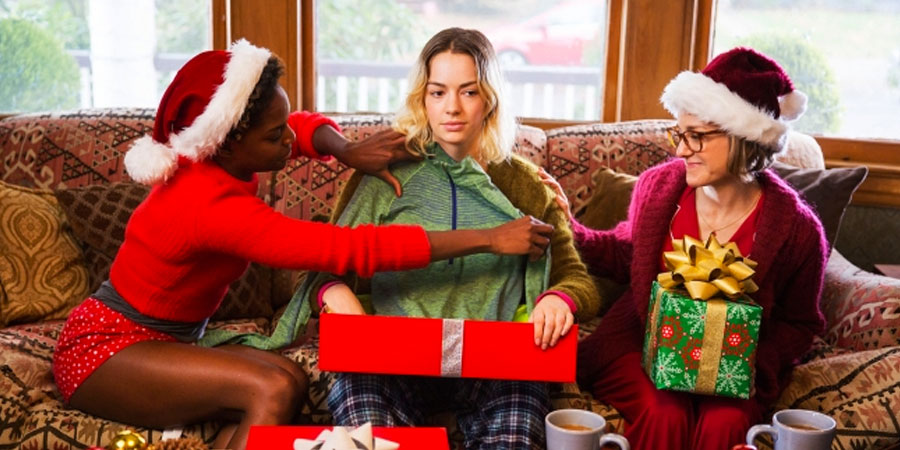 The project is a collaboration between W+K and the makers of Me and Earl and the Dying Girl.

Marketer explains the journey to ‘Margot vs. Lily’

Last April, Nike launched “Better for It,” its largest and most integrated women’s campaign to date. It was mostly traditional in its format—commercials, print ads, digital, etc.—if not in its message, which refreshingly acknowledged the average athlete’s insecurities and other obstacles on her way to self-improvement and empowerment through sport and fitness.

Now, for 2016, the brand is putting that more modern message in a more modern format, rolling out an eight-episode scripted YouTube series—a first for Nike—that follows two sisters who become involved in an unusual competition with each other, with fitness (and Nike products and services) at the center of it.

The series, Margot vs. Lily—a collaboration between Wieden + Kennedy and the makers of the indie film Me and Earl and the Dying Girl—premieres Thursday night with a screening in New York, and hits YouTube on Monday with the first episode. It stars young actresses Samantha Marie Ware and Brigette Lundy-Paine as adopted sisters—Ware is black, Lundy-Paine is white—who couldn’t be more different.

Lily, who lives in Manhattan, is a budding YouTube workout star. Margot, who lives in Brooklyn, is a slacker who has recently lost her social media job at an accounting software company. But in some ways, each wants to be like the other. Lily, despite her growing audience of fans, has no real friends, and envies Margot’s social life (if not what seems to be a mild drinking problem). Margot has plenty of friends but doesn’t exercise and (grudgingly) envies Lily’s discipline and healthy living.

So, they hatch a plan: Margot starts her own (unconventional) online workout show, and they begin to keep score: Can Lily add friends or can Margot add followers the quickest?

Adweek previewed the first four episodes this week, and as branded content series go, Margot vs. Lily is sure-footed and entertaining. The premise is fun, the actresses are perfect for the roles, and the plot—while cartoony at times—will ring true to the experiences of young single women, particularly those living in major cities.

It also goes fairly light on the Nike branding. There is plenty of Nike merch on display, from sneakers to workout gear, and also glimpses of Nike digital products in action, like the Nike+ Training Club app (which Margot uses, with somewhat disastrous results, in one of her first workouts). But for the most part the integrations are seamless.

That’s not to say the project isn’t pointedly commercial. The episodes point tonike.com/betterforit, which will feature, among other content, vlogs highlighting specific Nike+ workouts seen in the show. The goal is to get women everywhere to ignite their own “Better for It” journeys, using Nike products and services—continuing the brand‘s ongoing evolution from inspiring athletes to improve to enabling them to do so through a digital ecosystem of engagement, building a worldwide community of users in the process. The project also uses indie Hollywood talent. Jesse Andrews and Alfonso Gomez-Rejon were co-creators—Andrews wrote the novel Me and Earl and the Dying Girl, and Gomez-Rejon directed the film version, which won the Audience Award and the Grand Jury Prize at the 2015 Sundance Film Festival. The director of Margot vs. Lily is Tricia Brock, whose credits include Breaking Bad, The Walking Dead, 30 Rock, Girls, Mozart in the Jungle, Orange Is the New Black and Silicon Valley.

Adweek spoke to Kerri Hoyt-Pack, vp of Nike Women’s brand marketing globally, this week about Margot vs. Lily, which she said, while a first for Nike, is a natural evolution for the brand—particularly in talking to the everyday female athlete.

“We wanted to surprise and inspire her through story, and we knew that longer form would give us something where we could get a little richer in bringing the story to life,” she said. “It’s also a format that clearly women around the world today value. Connecting to this longer-form original programming just made sense for where she is.”

The heart of the “Better for It” campaign is relatability, Hoyt-Pack said, which means being honest about the realities of embarking on a personal journey through sport and fitness—realities that can include insecurity and self-doubt. Thus, the likable but flawed characters in Margot vs. Lily speak to a universal experience among young women today.

“It’s about identity,” she said. “There’s a transformation that happens through learning about yourself. Women certainly have that connection to sport, but frankly anyone can have it. It’s about strength and power and confidence, and I think you see that in both characters. But it’s also about vulnerability and uncertainty. … As a brand, that’s something we’re really proud to showcase, to invite our consumer into that experience, to be relatable. But it’s also just an expectation of this generation today. It’s a deeper, richer meaning that obviously resonated really well with [last year’s “Better for It” ads], and it’s something we’ve just put more depth in here.” As a mother of teenage daughters herself, Hoyt-Pack said she knew Margot vs. Lily had to feel authentic if it was going to connect with its target.

“They know if it’s true, if it’s right, if it’s interesting,” she said. “We wanted to be sure that we cast women who were relatable, who could fit the character but also have the range of emotion to really go through a transformation. We think they did a fantastic job.”

What kind of metrics will Nike be tracking to gauge the series’ success? Yes, it’s about Nike+ membership numbers, as well as commerce metrics, Hoyt-Pack said. But it’s also about engagement first, which leads to success in those other areas.

“We’re past the days of impressions and reach,” she said. “For us it’s about connection, and the quality of connection. It’s about how the conversation is shaped. We couldn’t have been happier about how we came out of the gate last spring and summer with this. So, for us, the true measure is that response, and how this unites a community of athletes in a deeper and better way around the world.”

Nike descibes “Better for It,” which launched in April 2015, as a global effort to get women to push themselves to see how far they can go, whether it’s running a personal best in their next marathon or running an extra block on a weekend job.