Unless you point out the occasional, super-leafy tree canopying all things around it, there are no ad blockers for billboards or other out-of-home (OOH) advertising. Indeed, OOH ads are almost always visible and seem to annoy consumers far less often than digital and TV ads. And that reality underscores why there’s been a renaissance in OOH, an $8 billion industry in the U.S. that’s expected to double by 2023.

OOH ads have seen notable growth because brands such as McDonald’s and REI are getting enviable returns from their campaigns. These types of big marketers aren’t necessarily moving away from digital—many, in fact, are increasing their digital out-of-home (DOOH) spend. Marketers are simply waking up to the fact that, when done right, out-of-home is inexpensive and effective compared to other channels. Further, this trend is also about marketers moving away from linear TV and radio to holistic campaigns that mix digital and offline touchpoints to reach the mobile consumer.

Effective OOH ads zero in on context, which entails delivering a memorable message at an opportune place. “An opportune place” can mean multiple things, including locations where there is a lot of car or foot traffic or, purposefully, very few people nearby. It can mean getting folks to walk into a nearby store, or it can mean social media branding by inspiring passersby to snap an Instagrammable pic.

No matter the marketing objective, OOH should be on practitioners’ minds for the remainder of this year and heading into the next decade. Therefore, let’s look at a few starkly different OOH campaigns that nail context by hitting the right notes around creativity and location.

Charting new territory for the Golden Arches
Billboards, which make up 66% of the OOH market, have seen 31 straight quarters of growth. Even this space could soon be cluttered, so your creativity and overall campaign intelligence need to stand tall.

McDonald’s understands that need. In the last few years, it has put together multiple OOH campaigns that succeeded because of creativity and location. In late July, the burger chain began running directional DOOH ads in Paris that used colorful depictions of its iconic French fries to steer drivers and passersby to the nearest location. 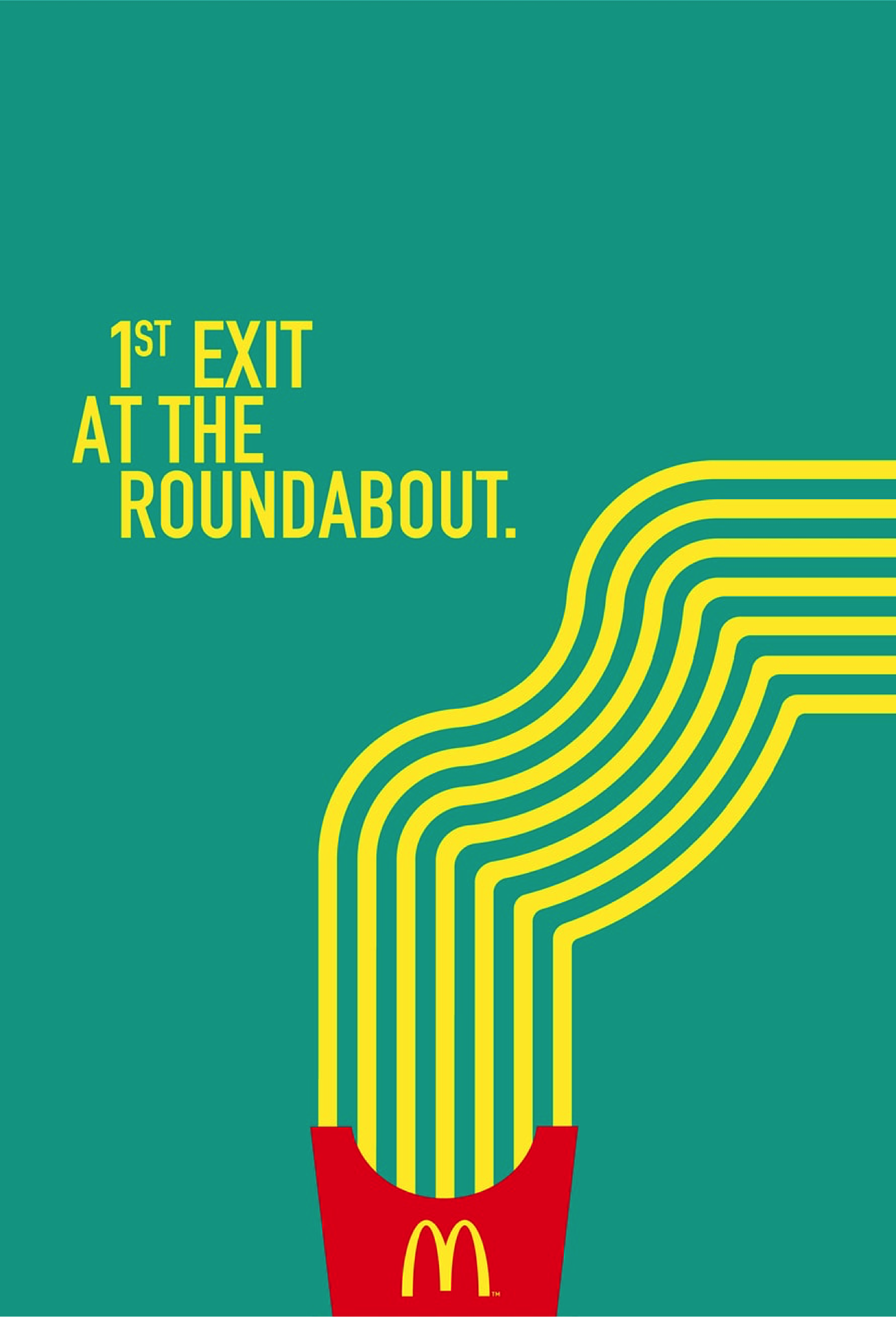 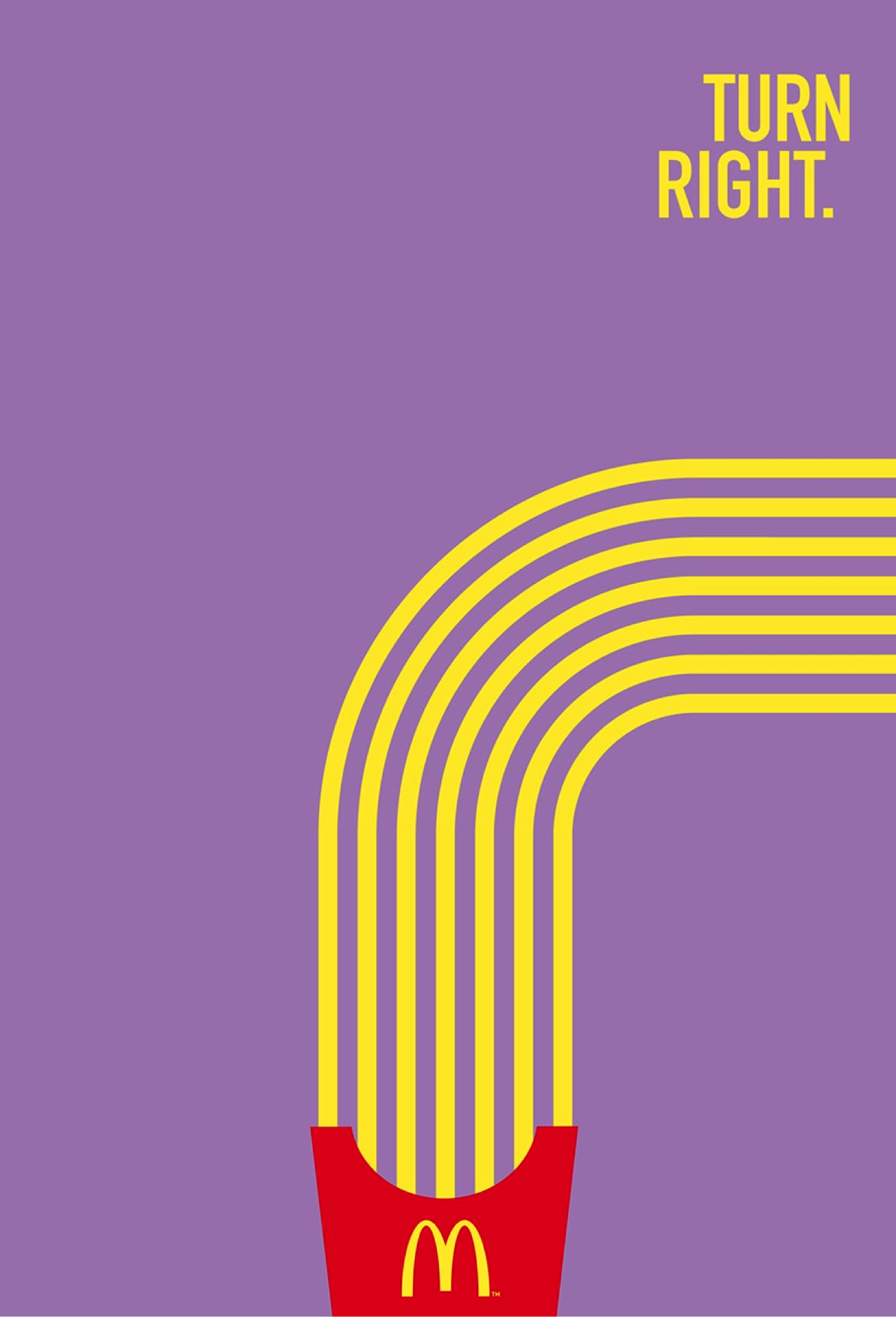 Distance, as people like to say, can be a factor. With that in mind, there are more than 1,000 McDonald’s with drive-thru locations in France, while fast-food rival Burger King has around 20 drive-thrus. So, McDonald’s put up a pair of billboards for highway travelers approaching Brioude, a town of 6,700 people in south-central France that’s location was chosen because it’s 160 miles from the closest Burger King drive-thru.

One sign was a typically-sized, roadside billboard, and it promoted a nearby McDonald’s drive-thru. Next to it stood a towering billboard that flaunted how far away the nearest Burger King drive-thru was while displaying a humorously long list of turn-by-turn directions to get there. It looked like a giant groceries receipt for a family of seven. 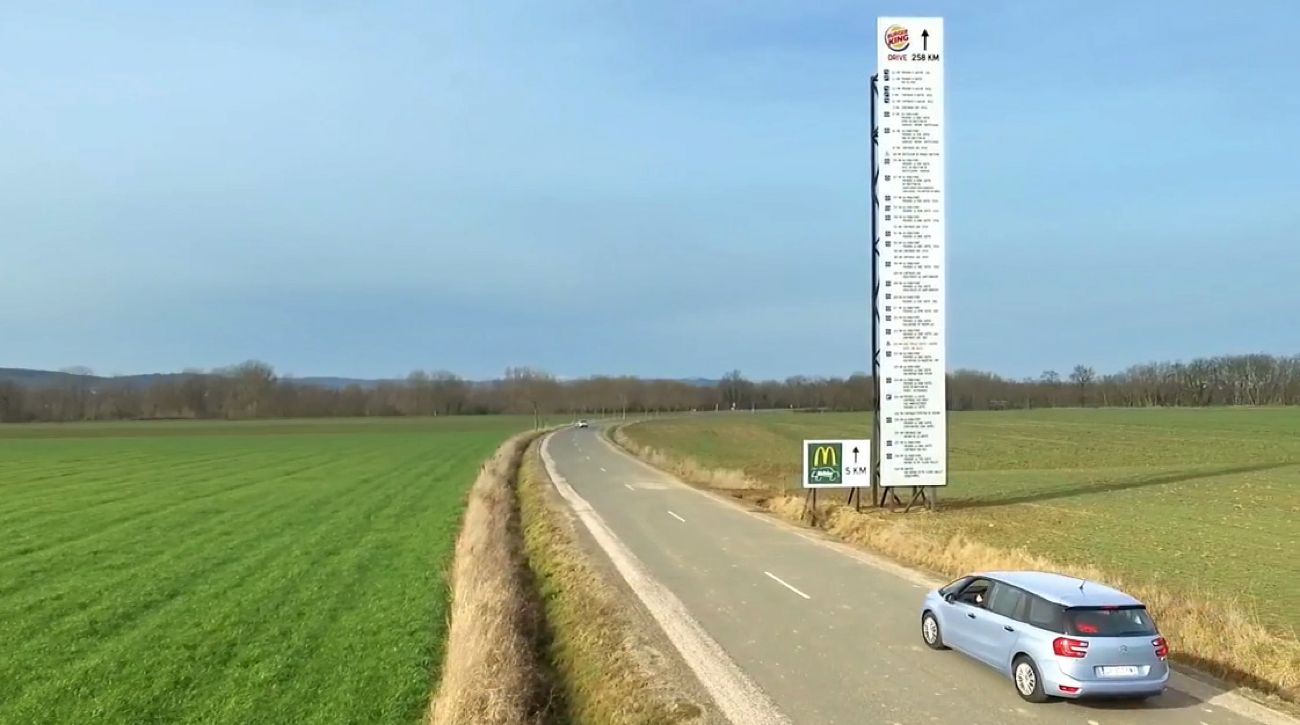 The billboard made plenty of rounds on social media. Here is a video, which has been viewed 1.4 million times on YouTube, showing the last stages of construction of the Burger King sign.

From a longer view, McDonald’s fun juxtaposition represents how it and Burger King have constantly trolled each other by using location in recent years. For instance, last December, Burger King’s smartphone app offered people a Whopper for one penny if they were within 600 feet of a McDonald’s. And then in recent weeks, McDonald’s used an outdoor ad in Belgium to take a shot at its new nearby neighbor, Burger King.

In a contrasting effort, McDonald’s showed how creativity and location can drive awareness in a purely positive way—and win a Cannes Lions. For a campaign in Canada, the company’s marketers deconstructed the iconic Golden Arches logo into a series of directional signs that helped drivers navigate toward its locations. 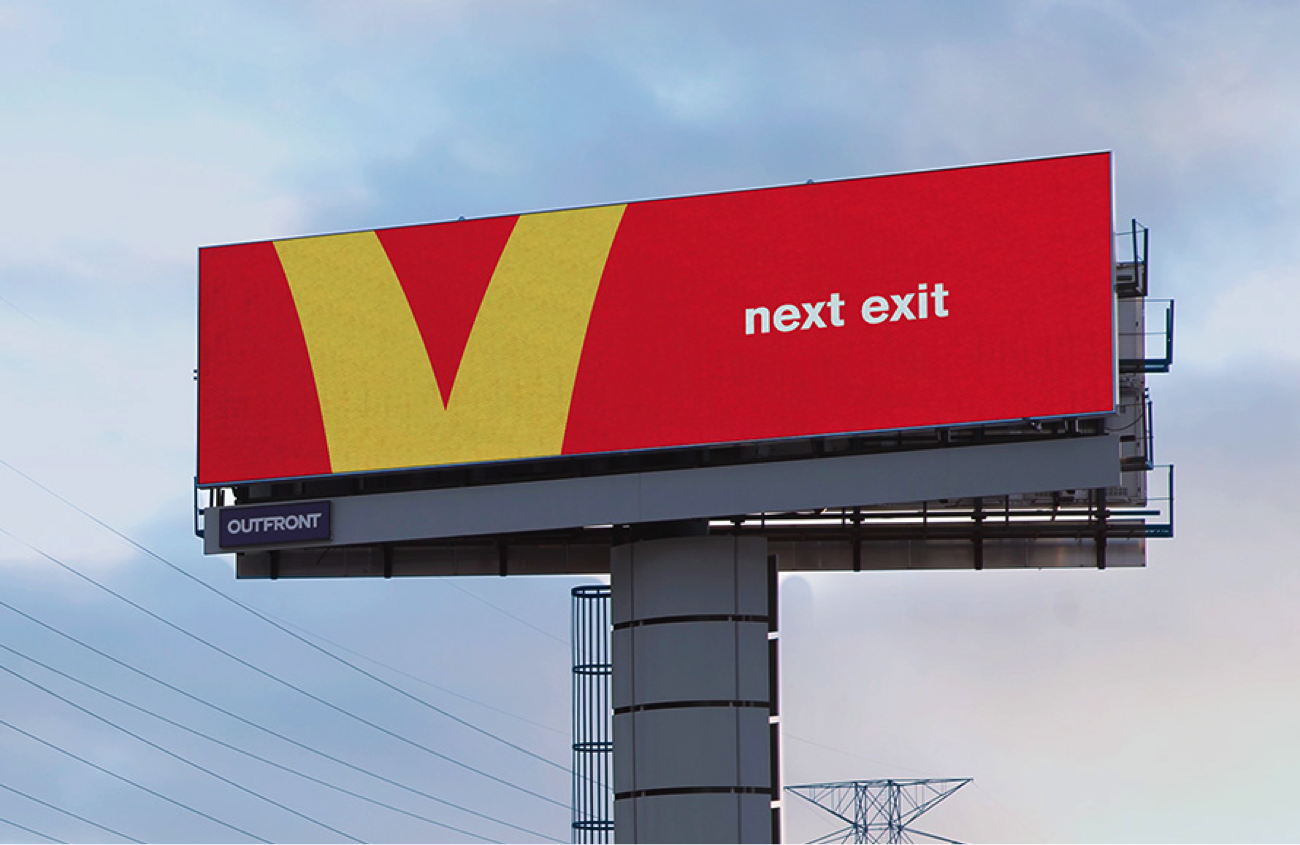 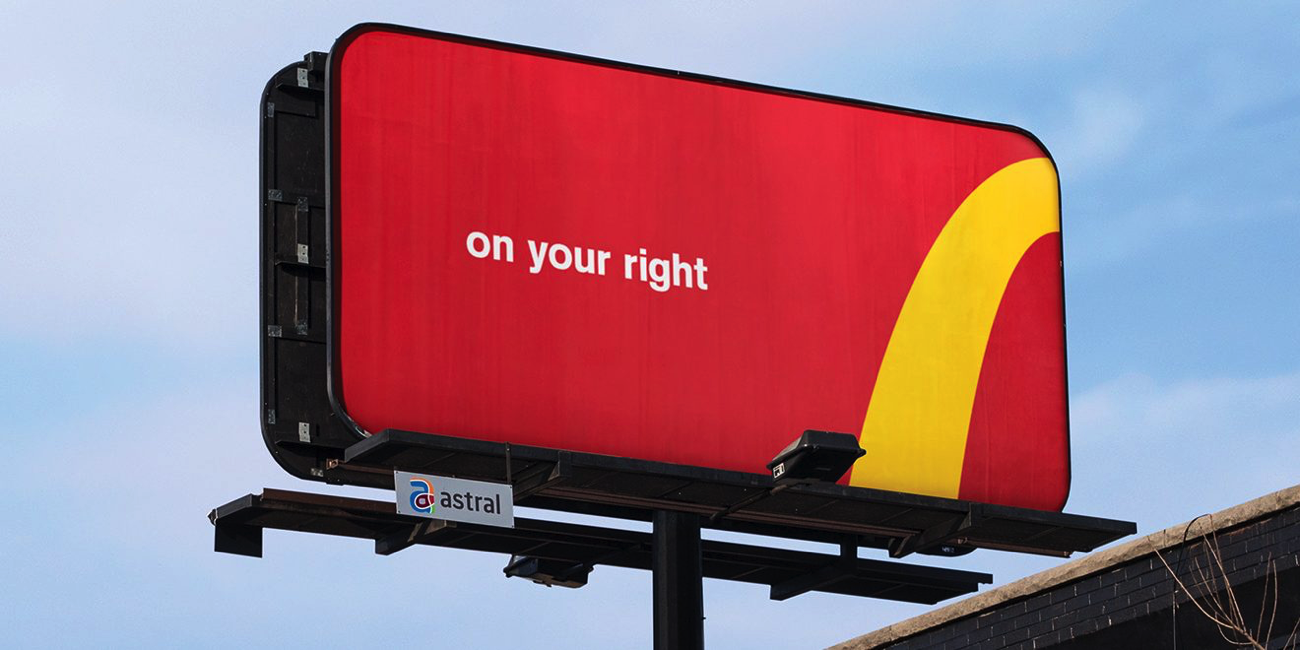 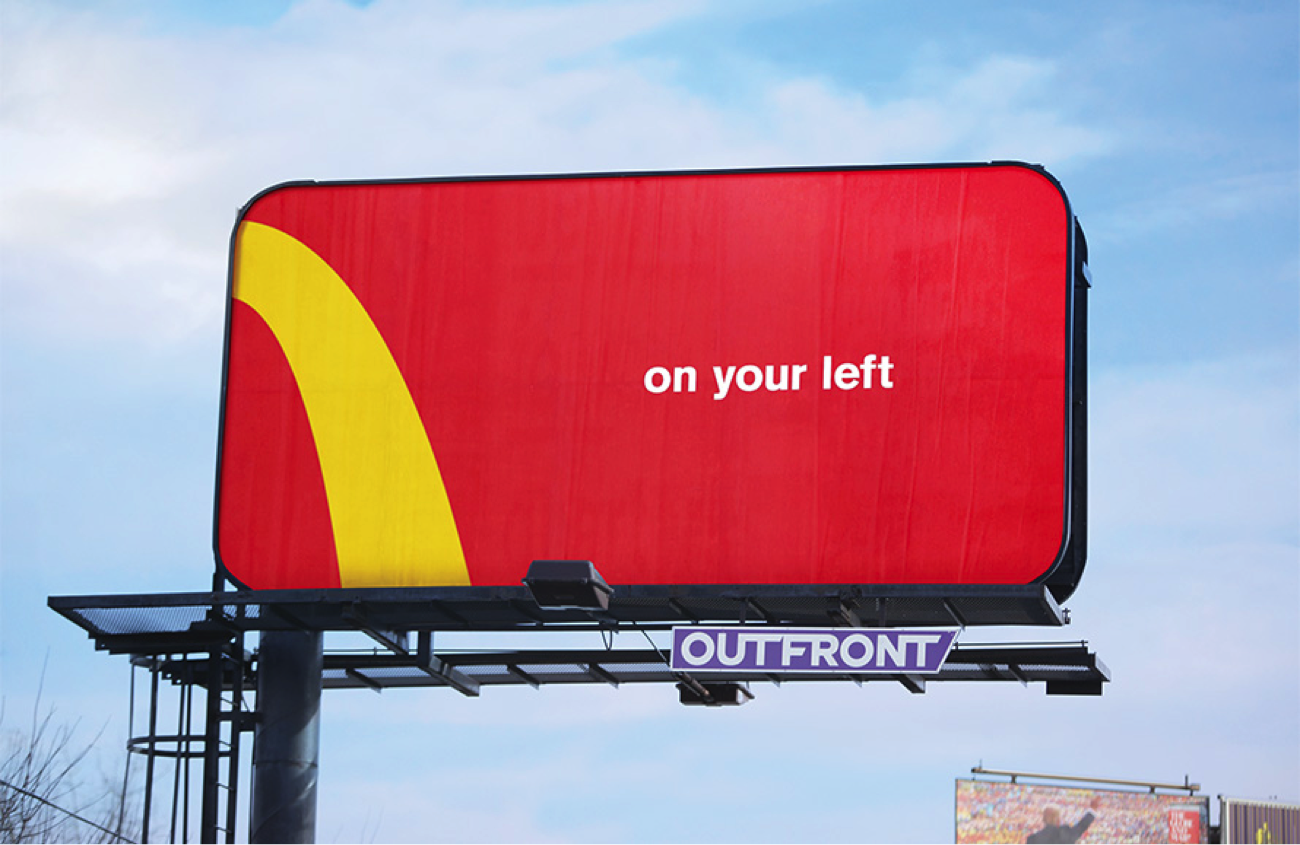 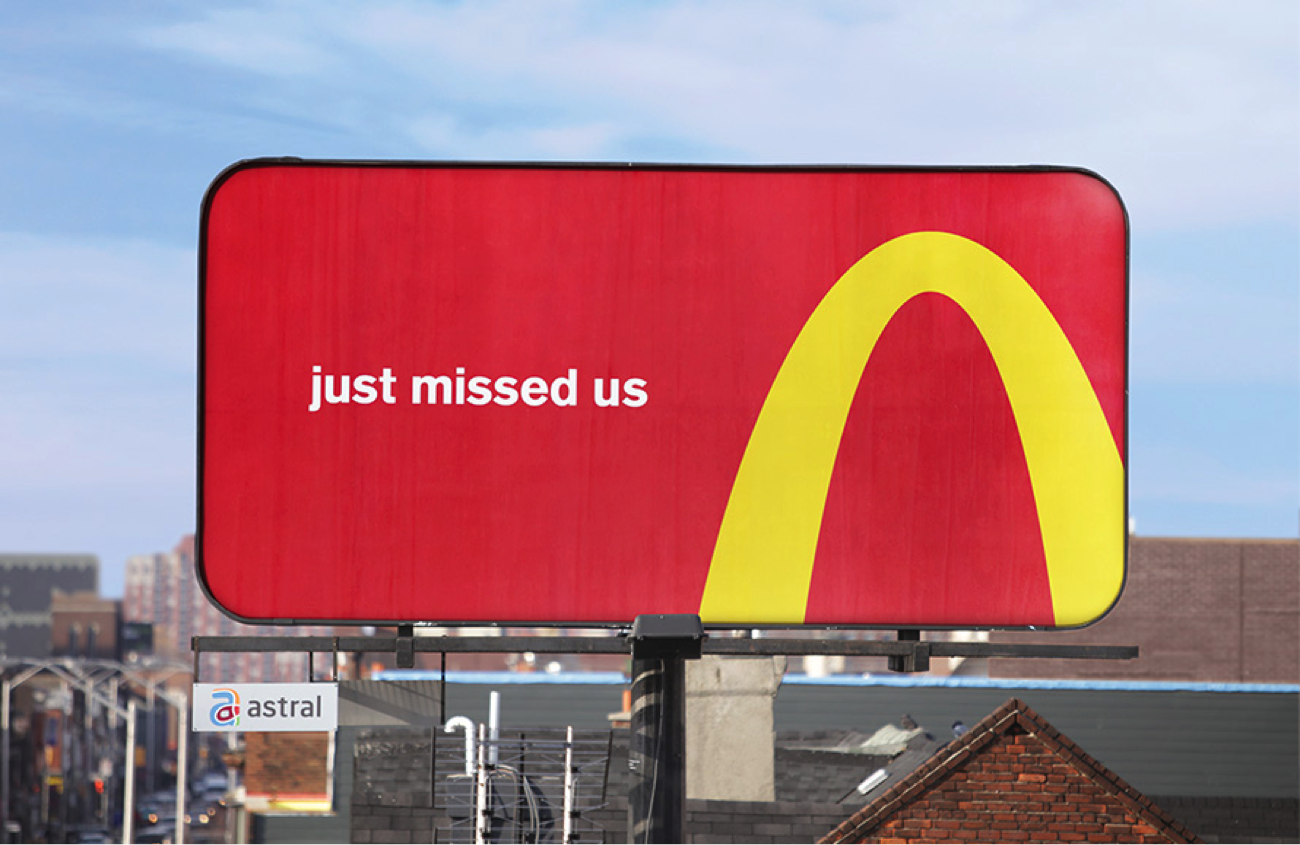 As the Cannes Lions tribute indicates, this effort was artfully done. And it’s another example of how location can steer the creative process. (Here is a video detailing the campaign.)

Taking OOH to the next level
While McDonald’s provides inspiration for clever billboards placed in opportune spots, the next-generation of OOH will include more digital components. A Nielsen study found that combining billboards with digital ads can lead to a 4X lift in online activation.

Location data is now powering digital billboards to, for instance, serve Chevy truck ads to drivers who just drove off of a Cabela’s or Home Depot parking lot. Such audience segmentation is made possible by anonymized data, which brands and agencies are leveraging more and more in DOOH campaigns. What’s more, location data can help measure a campaign’s effectiveness toward in-store visits.

As one example, outdoor clothing and gear retailer REI worked with Publicis Media to run DOOH ads in conjunction with mobile ads to reach past customers as well as attract new ones in San Francisco and Washington, D.C. Location data and other intelligence helped home in on the places where they were most likely to spend their time. The DOOH-mobile combo meant consumers weren’t just served with an ad when they were nearby an REI but also at other relevant times in their daily routines.

The campaign was also aesthetically pleasing and worked wonders: The retailer lifted purchase intent by 7% and got a 14% jump in brand awareness. What’s more, location data showed that REI’s retail outlets benefited from a 3.6X hike in-store visits. 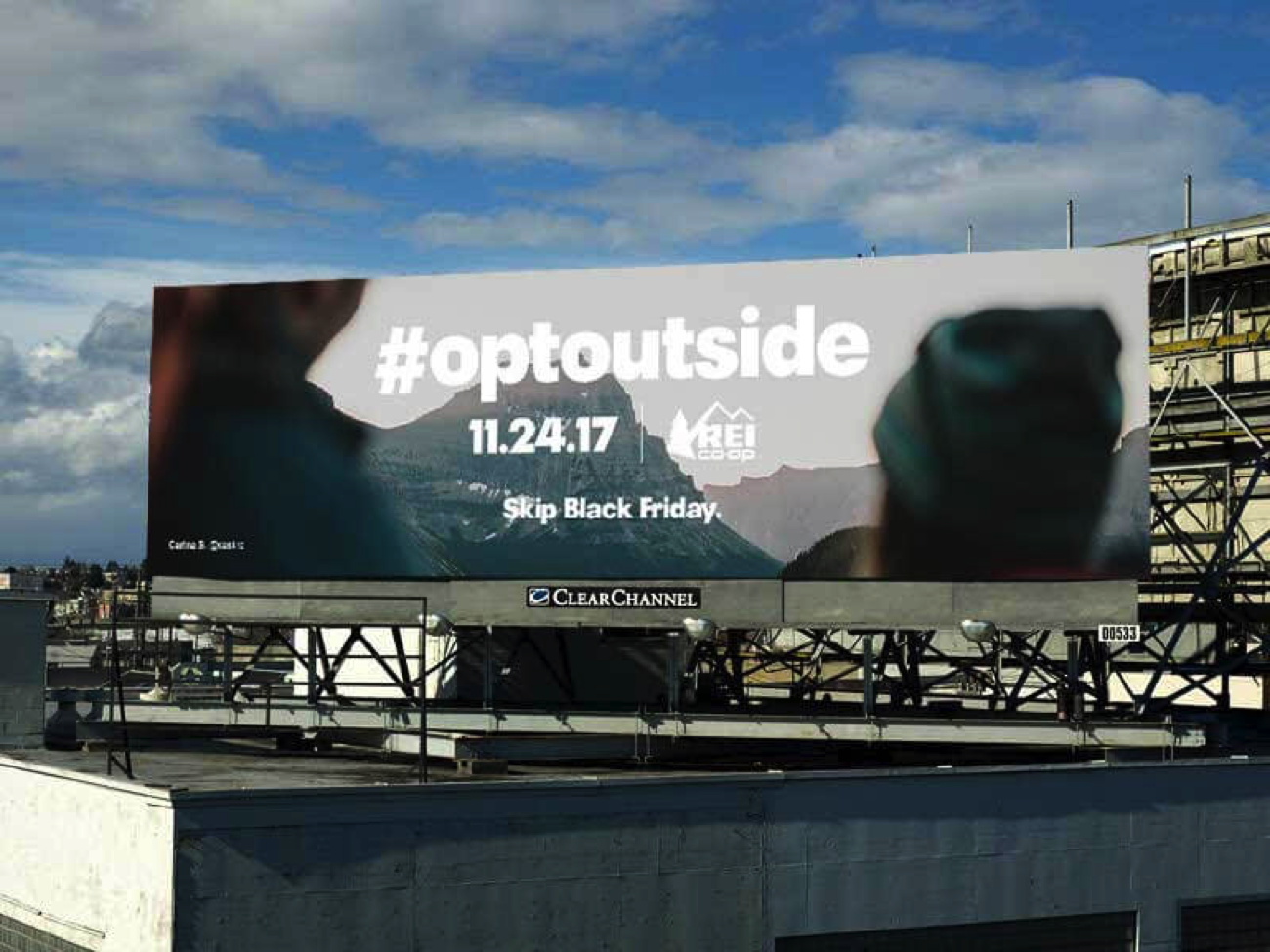 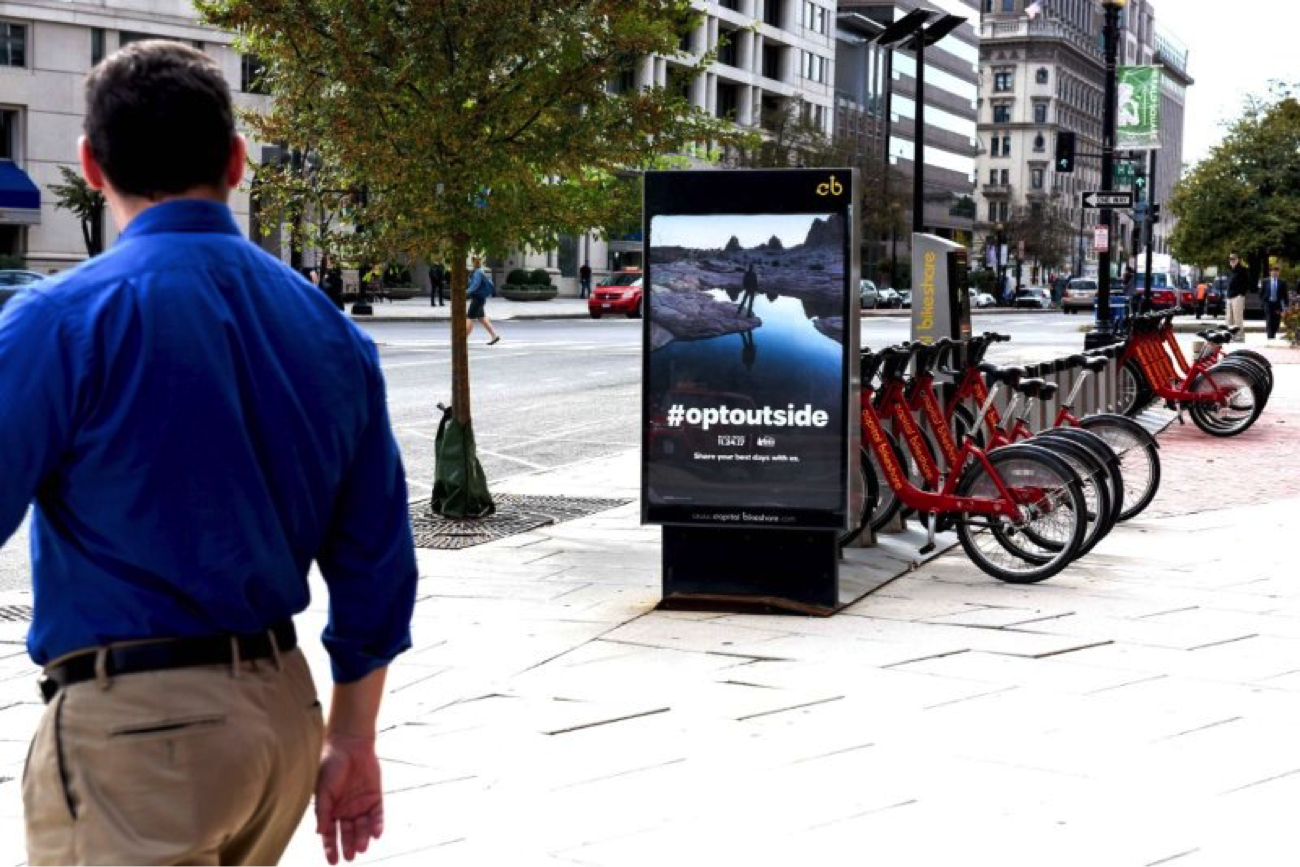 What these different examples have in common
McDonald’s and REI’ “get” something not all brands understand—while context is always important to advertising, it’s crucial to OOH. Marketers need to use locational intelligence to enhance their creativity and the relevancy of their messaging, and they must use such data across touchpoints to reach the mobile consumer.

The brands and ad agencies that take context seriously also, by nature, take location seriously and then win customers and glitzy awards. “Location, location, location” is an old saying that defines how to succeed in real estate and the business world in general, and the phrase captures the essence of why OOH advertising is a burgeoning practice.