Future Facility, a spin-off of the British firm Industrial Facility, wants to make networked products work for us, not the other way around.

Kim Colin and Sam Hecht, founders of the London-based industrial design studio Industrial Facility, have helped a number of large companies work through thorny design problems. Herman Miller tapped their expertise when it was in the middle of reconsidering its business strategy, and Muji has frequentlycollaborated with the firm for additions to its product line. In the last few years, Colin and Hecht started to notice that their clients were coming to them with the same problem: how to respond to tech trends.

So this year, Colin and Hecht launched a spin-off of their design studio and consultancy called Future Facility, which aims to help companies rethink how they approach connected products.

“We came to a realization that every product with a button will become connected to the Internet—it’s an inevitability and will become an overcomplicated situation,” Hecht says. “If that is a reality, there are two routes you can take as a designer. One is to completely ignore it and say, ‘That’s not for me, I’ll stick to furniture design.’ Or you could say, ‘There’s a bit of a beauty and an important part a designer can play as an editor and a form-giver for digital content.’ We felt compelled by that second option.”

Today, sensors have become so small and inexpensive that it’s possible to hitch them onto nearly any product. The raft of products touting themselves as “smart” is almost a parody, which has led to a bubble of dumb, connected devices. Brands are aggressively eager to adopt this technology, even if it doesn’t make absolute sense. This technological “keeping up with the Joneses” mentality runs the risk of sacrificing user benefits. Future Facility is abiding by the mantra of just because you can, doesn’t mean you should. Here’s how they’re helping brands hit reset. 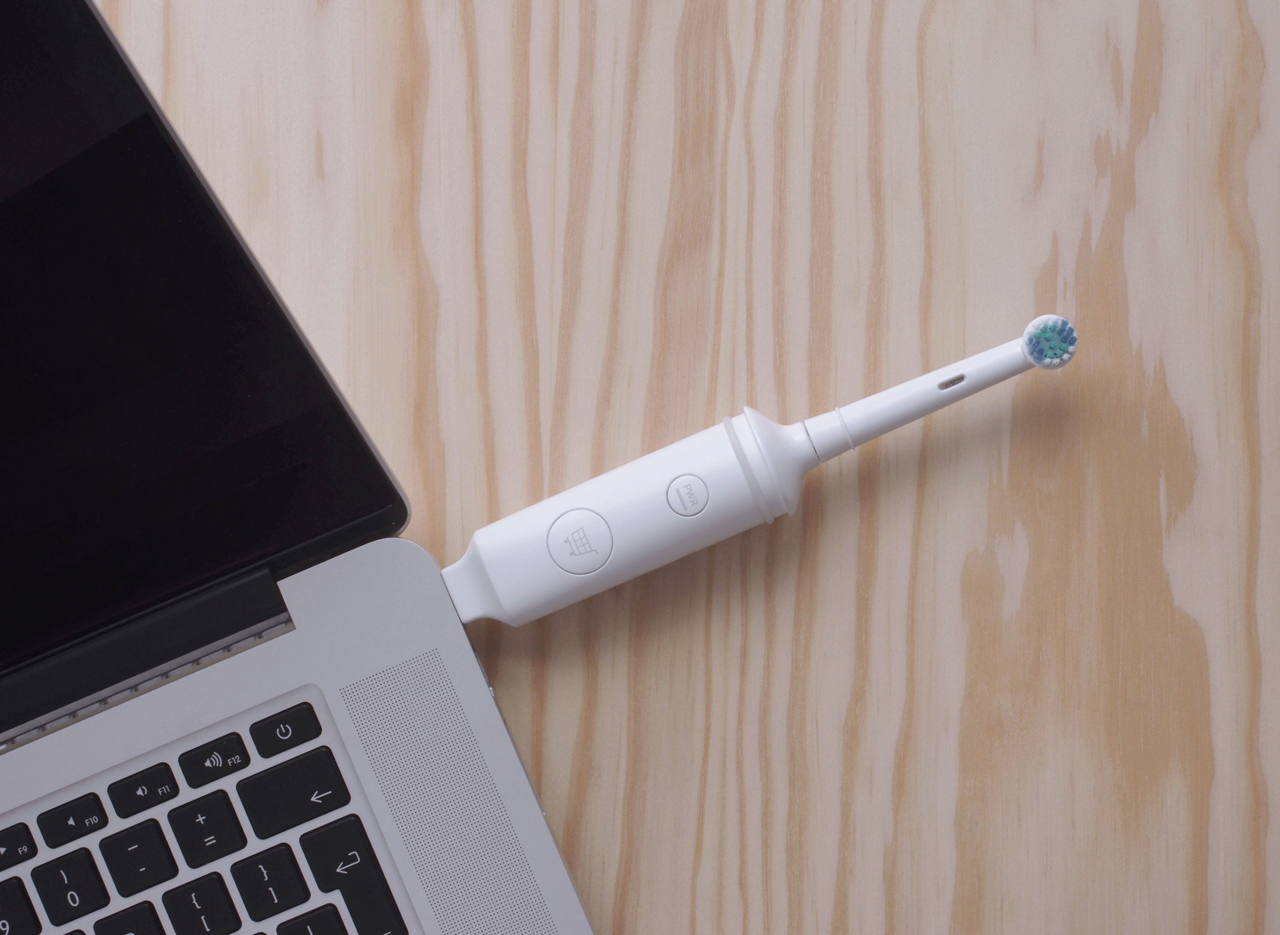 TAKING OUT THE “RUBBISH” TECH

When Colin and Hecht founded Industrial Facility 15 years ago, the problem facing many consumer brands were analog products saturated with features. The new and improved, triple-action, streamlined, “insert action here” attributes weren’t about providing benefits to customers. Rather, they were gimmicks intended to compel consumers to pay more, thinking they’re getting more out of the purchase. Case in point? The ballooning number of blades on a razor.

“You might have a product with 20 buttons, but you may only need two,” Hecht says. “Products were ‘featured’ beyond what was necessary and the market was determining it, not the customer.”

“Do you want to live in a home where each of your products is shouting about what it can do?”

Their industrial design work for brands, like Muji, centered around “removing the rubbish,” as Hecht describes it, and paring down a product to the essential traits it needs to be livable, functional, and beautiful. This is the same approach they’re taking with technology.

“When networking came, we saw the repeat of the same mistakes,” Hecht says. “The difference is it’s now digital. You have a fridge telling you what you’ve got and haven’t got and advice on recipes. It’s this silliness of data and information which leads to these pseudo features—things that are good for sales brochures but meaningless when you’re using them on a day-to-day basis.”

Colin frames the problem more bluntly: “In the end, do you want to live in a home where each of your products is shouting about what it can do?”

When Braun and Oral-B enlisted Colin and Hecht to help them come up with an IoT electric toothbrush, the manufacturers initially wanted to develop a sophisticated data-tracking tool that could sense how well users were brushing each and every tooth, tell them about their gum sensitivity, and play music. The designers convinced them to instead think about how additional technology could solve a couple of really big frustrations with the product.

“A toothbrush is already loaded with guilt, that you’re not doing it properly or enough,” Colin says. “The companies weren’t thinking about the customers’ experience. They were thinking about the toothbrush the same way you would an athletic activity tracker, that it records and processes information.”

Instead of adding to a user’s neurosis about brushing, Colin and Hecht wanted to give them less to worry about. The two features they decided would be most useful were around charging the toothbrush and ordering replacement heads. At home, the toothbrush charges on a dock through induction but also comes equipped with a USB hookup for use on the road. The other problem to tackle was ordering replacement heads. You notice that the brush is worn down when you use it, but often forget to order a replacement after you leave the bathroom. To solve that problem, the designers built an app that the toothbrush connects to via Bluetooth. Pressing a button on the brush sends a reminder notification to your phone to buy replacements. “We’re curators of technology and looking for what’s realistic and what’s pleasurable and beneficial to users,” Colin says of the philosophy guiding their design decisions. 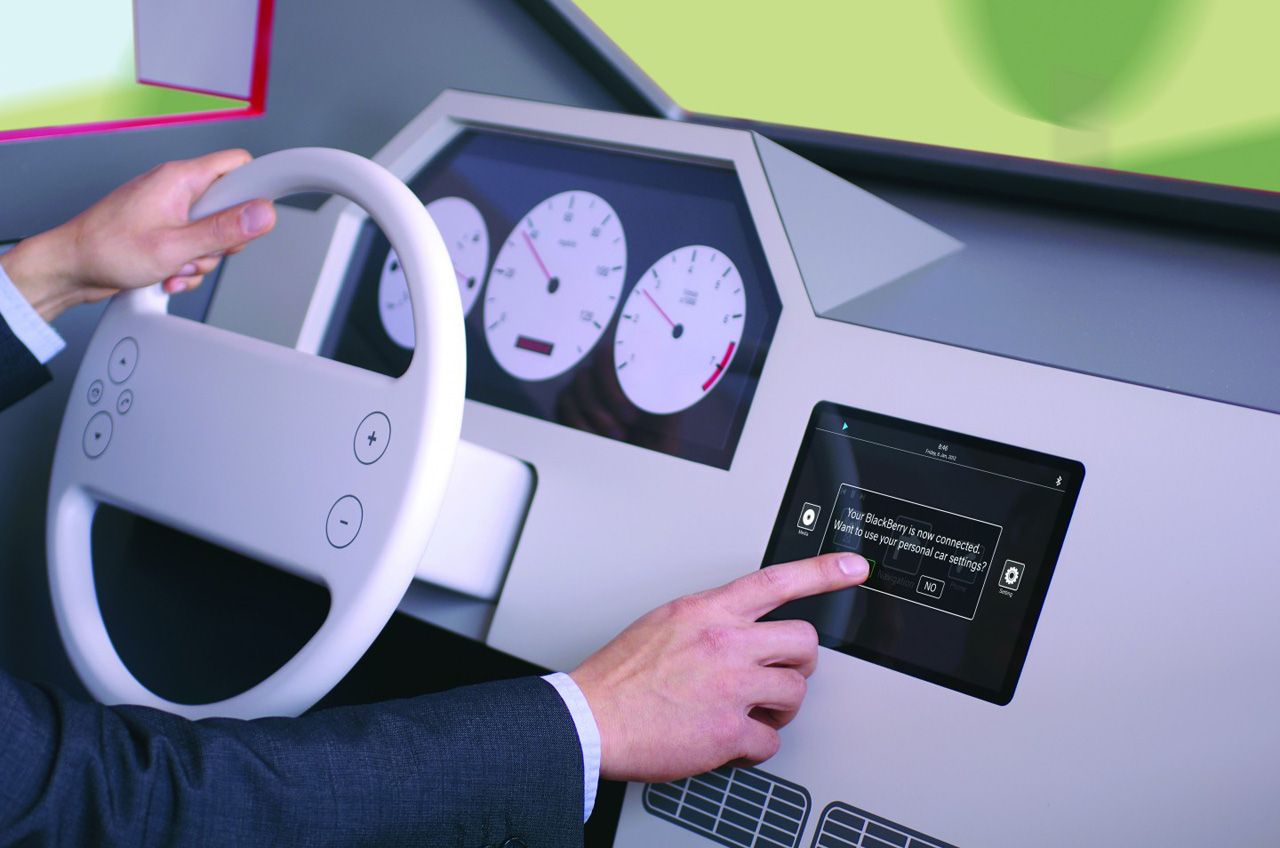 One of Future Facility’s biggest tasks is helping tech companies—which often have prolific research and development departments—translate their proprietary knowledge into consumer-facing products. “We’re interested in how to make technology every day and easy to reach as opposed to engineers thinking about a ‘blue sky’ [scenario],” Colin says. “Our job is to make them ready for right now.”

One of Future Facility’s earliest projects in this realm was for Blackberry, which had just acquired the automotive operating system company QNX. The brief involved creating an interface between a smartphone and a car using the QNX platform in order to better connect the driver with the vehicle’s machinery.

A scenario that Colin and Hecht used as a jumping-off point was car rentals and car sharing—situations where drivers are often placed in a vehicle that they aren’t comfortable with and whose features are not immediately apparent. This becomes especially challenging—and worrisome—when “check engine” lights flash. The app Colin and Hecht developed would tell users what the problem is and how to fix it. For example, if the car needed more windshield wiper fluid, an augmented-reality feature in the app tells people where exactly the reservoir is. You pop the hood, pass the phone over the engine area, and it signals where to look.

To Future Facility, the definition of a good connected product is one that can do everything a non-connected product can do but also communicate what state it’s in and, if it’s in trouble, what that problem is and how to address it. “It has a self-awareness that generic products don’t,” Colin says.

With this project, Future Facility wasn’t inventing any new technology or knowledge—it already existed within Blackberry and QNX. Rather, it was finding a way to make it apply better to drivers. Hecht and Colin think that companies tend to take on futuristic, conceptual projects because they’re less risky than trying to apply that thinking to a marketable product today.

“As a designer, if you come into a project with a premise and an idea that could be implemented immediately, it can be very threatening to a company because they don’t know how to execute it or if it’s going to be beneficial,” Hecht says. “When you discuss it as a conceptual concept—as something that’s potentially part of the future—then it’s not threatening and their guard is lowered as a company and they’re more willing to engage in a relaxed manner. We don’t invent ideas that don’t exist already—we’re almost giving an idea of what the future can be when it’s informed by today.” 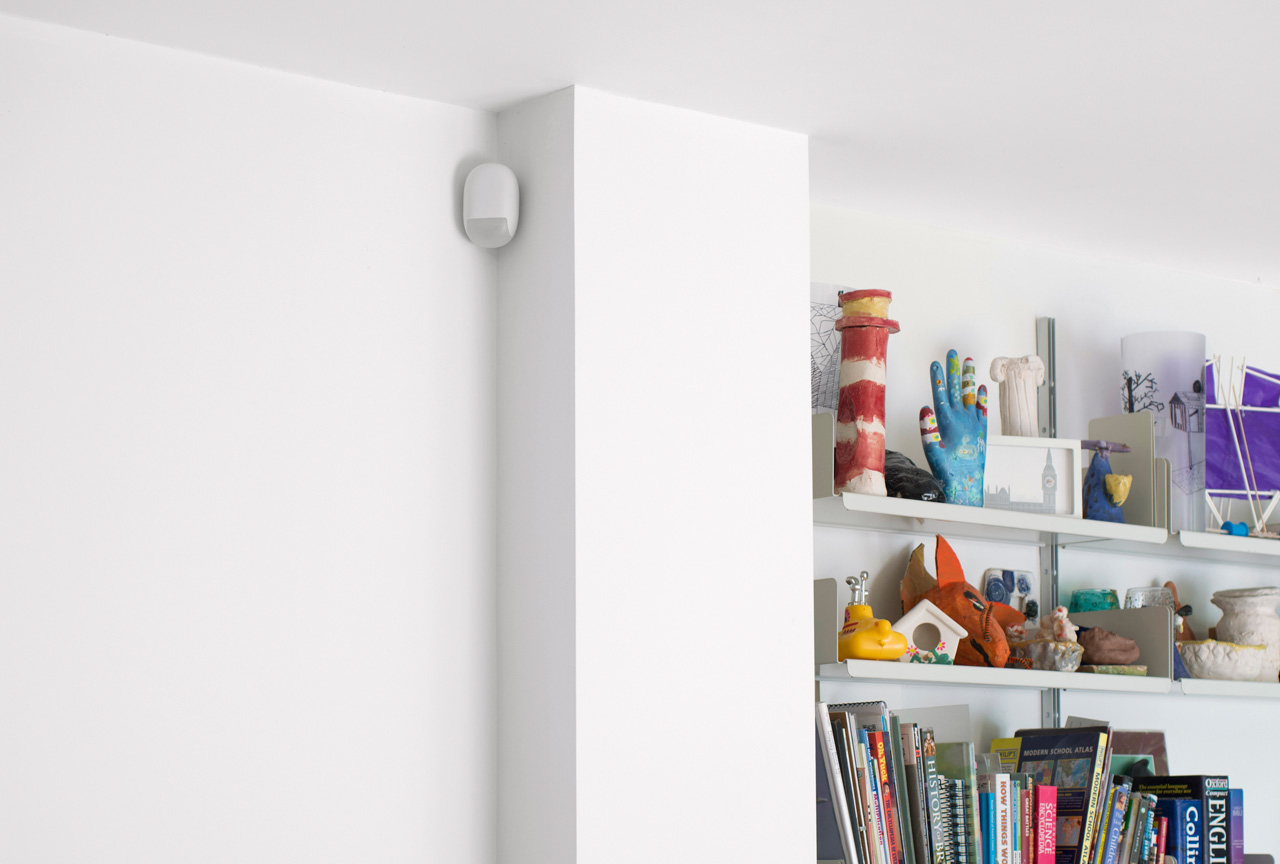 Some companies approach Colin and Hecht because they think they “have” to participate in the networked products trend. Colin’s advice? Sometimes you just have to say no. “Don’t be led by the sugar cube down the path,” she says. “There are lots of ways you can think about [connected products]. . . It’s about helping companies develop a natural sensibility for themselves as they move forward.”

One of the companies that fell into this camp is Wästberg, a small eight-year-old Swedish lighting brand. Because of its work with LEDs, which are packed with electronics, the company felt compelled to make an IoT product. Instead of making a connected product for the brand—which would have required significant investment—Future Facility suggested a product that supports the connected devices many of us already carry. Colin and Hecht noticed that you often need a power source at the same time as a light source in work spaces, hotels, airports, and at home. The w152 lamp resulted from the collaboration and features three USB ports that can charge tablets, phones, and laptops without an additional adapter.

The Internet of Things industry is at a crossroads. The “smart home revolution” that has been marketed to death hasn’t come to fruition for various complex reasons. One of them is that consumers are skeptical of living in a home laden with sensors, data tracking, and surveillance—and the onus is on companies, Colin and Hecht say, to come up with more user-friendly solutions.

“I think there’s a lot of room to improve the relationship between businesses and consumers,” Colin says. “Technology can’t work for one side of the equation. It has to work for both and we have to balance it better.”

All Photos: via Future Facility