We’re officially into month 3 of social distancing. Who is using this opportunity to ramp up digital advertising?

Don’t look now, but we’re solidly into the third calendar month of the COVID-19 crisis. Time flies, right? For many advertisers, enough time has passed to settle into some form of “new normal” defined either by reduced or at least flat spending in the digital space. However, that’s certainly not universal. Using the latest digital spend details from Adbeat available in Winmo, our team has been able to identify several spenders who have significantly ramped up digital advertising spend over the past month.

Let’s dive into 10 examples of prospects you should be calling on right now.

The fairly obvious: “yeah, I probably saw that coming”

Who among us hasn’t Googled “paper towels in stock” at least once over the past 60 days? With home cleaning products and toiletries still in high demand nationwide, it’s not surprising to see advertisers in this vertical taking advantage of the opportunity to encourage brand loyalty and promote a message of goodwill. 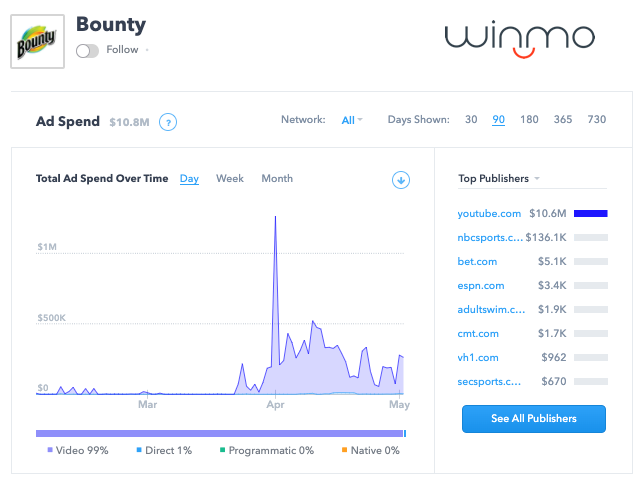 Most notably, we’ve seen huge increases in digital advertising from Bounty and Charmin. While both were active in March, April was a whole new ballgame for both P&G brands. Increased spending of $8.1 million and $3.3 million month-over-month, respectively, represented the most dramatic spikes in spending in this space during the month of April.

Meals for the moment: “someday I’ll eat at a restaurant again, until then…”

With Americans staying at home and with restaurant options significantly limited, it makes sense that many grocery brands have consistently sustained or even increased spending to match the current time. What we’ve seen especially over the past month are aggressive upticks from Cinnamon Toast Crunch and Hershey’s. 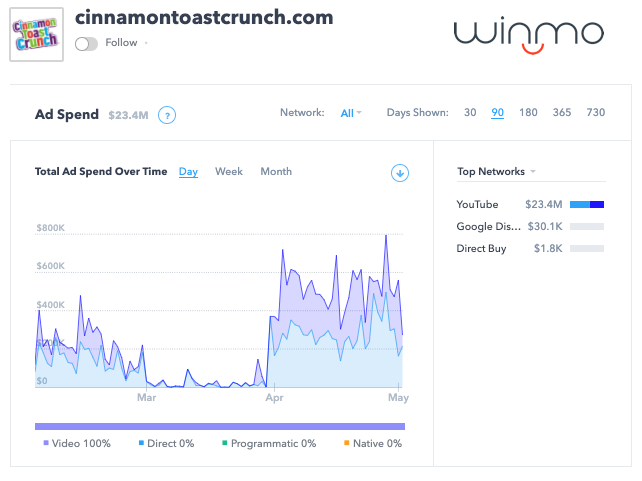 Both advertisers had been spending roughly $1 million digitally over the month of March, but increased buys pushed Cinnamon Toast Crunch to over $15 million and Hershey’s to nearly $8 million in April, alone. Grocery chain Kroger also experienced a big shift (topping out at $7.4 million in digital spend) setting them apart from their competitors.

Spring cleaning during quarantine: “maybe now’s a good time to fix that shelf”

Many of us have found ourselves with increased hours at home, and what better way to fill them than by tackling that DIY project you never quite had the time for previously? Certainly, Lowe’s and Home Depot have recognized this opportunity, as both competitors were among the greatest digital advertising spikes from March to April. 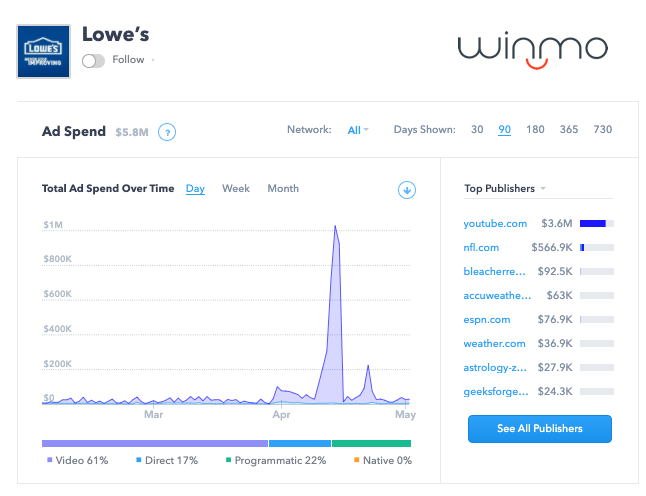 In both cases, spending in March was well below $1 million. However, that certainly did not hold true in April. Lowe’s clocked in at $4.5 million and Home Depot increased spending to $2.6 million in April alone. Keep an eye on both spenders as we drive into prime spring cleaning season!

What is the top vertical? Insurance: “well it’s nice to know at least some things haven’t changed”

Whether we rank advertisers, sports teams, favorite movies, etc., the universal question that always pops up is “who’s number 1?” That definitely applies here, too! And in this case, the top increase in digital advertising spend goes to Liberty Mutual. In fact, the vertical that dominated from March to April was Insurance. State Farm and Nationwide also saw drastic increases in digital activity over the past month. 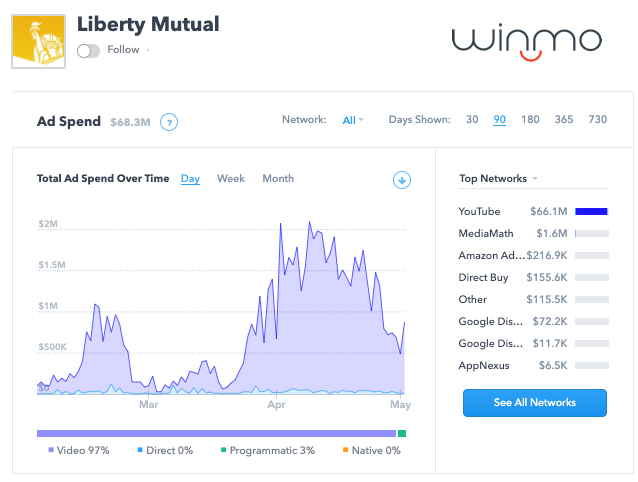 These three insurance spenders, alone, combined for an increase of over $54 million month-over-month. Certainly, a clear indication that the insurance vertical is chugging along just fine. Consider calling on these three brands, as well as other industry peers as indications are insurance spenders will likely continue to heavily invest as the COVID-19 crisis persists.

Looking for additional insights? What about contacts or agency teams for these spenders? We’d be delighted to share more.

This article first appeared in www.winmo.com