The report was based on data from a survey conducted in the fall of 2015 of 9,400 teens, with an average age of 16. Respondents came from a geographically diverse subset of high schools across the United States.

Nike also tops the list of footwear brands, with 50% of teens saying it is their favorite.

Amazon is the most popular shopping website with teens (38% cite as their favorite), Michael Kors is the top handbag brand (31%), and MAC is the most liked beauty brand. 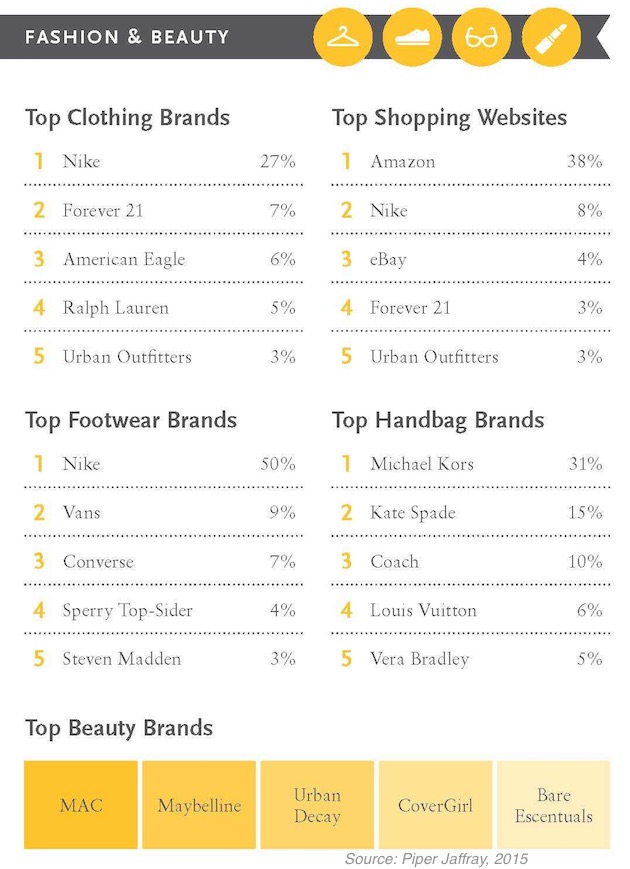 About the research: The report was based on data from a survey conducted in the fall of 2015 of 9,400 US teens, with an average age of 16.