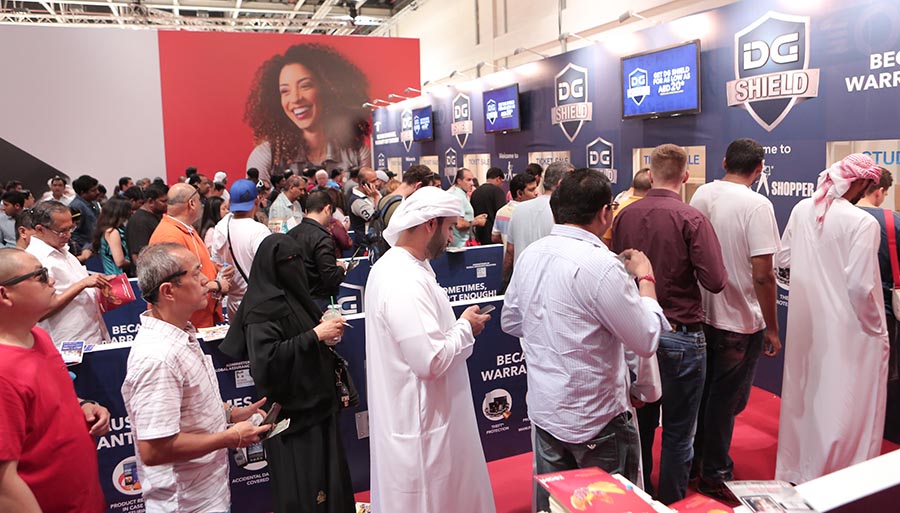 Consumer technology spend set to reach USD 4.58 million in the UAE by the end of 2016 says BMI –

Consumers across the Middle East would do well to wait until October to make their technology purchases this year given the extraordinary savings they will make at GITEX Shopper 2016. The region’s largest and most anticipated consumer electronics show continues to attract both the world’s top tech brands and the region’s largest power retailers. Taking place from 1st – 8th October at the Dubai World Trade Centre (DWTC), the eight-day sales extravaganza promises exciting new product launches and unbeatable offers across the full spectrum of technology, communication and entertainment sectors.

In addition to being a bargain hunter’s paradise for all things tech, GITEX Shopper serves as a playground of novel entertainment features, competitions, prizes and activities that will keep visitors enthralled and engaged from 11:00am to 11:00pm every day of the show. Millions of dirhams in prizes will be up for grabs this year, and will include an car [SUV], dream holidays and cutting-edge tech products given away daily.

Demand for the latest consumer electronics, whether for work, home, entertainment or communication, continues to grow in the Middle East. In the UAE alone spend on consumer electronics is expected to reach USD 4.58 million by the end of 2016, according to Business Monitor International (BMI) and the country remains one of the leading consumer technology markets in the MENA region. The country is rated globally as a key market because of its role as a trading hub serving the GCC and other neighbouring markets. Retailers and distributors in the emirate serve a potential market of almost two billion people, with GITEX Shopper acting as an important additional retail marketplace to reach a wider segment of consumers.

“GITEX Shopper has always been an exciting and much anticipated event – as much for consumers as it is for those participating on their stands. This is a show that contributes considerably to the market, bringing new products to the region, and offering retailers and top brands a shopfront with exceptional footfall,” said Trixie LohMirmand, Senior Vice President, Dubai World Trade Centre (DWTC). “Waiting has never been so worthwhile – not only will visitors be able to choose from the widest range of the latest products, they’ll be saving more by buying at GITEX Shopper. It’s unbeatable in every sense.”

Expected product leaders at GITEX Shopper this year reflect the global trends in consumer electronics, with the handheld devices segment expected to maintain its dominant position, particularly as smartphones continue to increase in capability and features. The audio/video segment is predicted to develop at a rapid pace thanks to the introduction of wireless technology in audio devices, while the demand for innovative connected television sets is expected to be a major driver of the consumer electronics market, both regionally and globally. 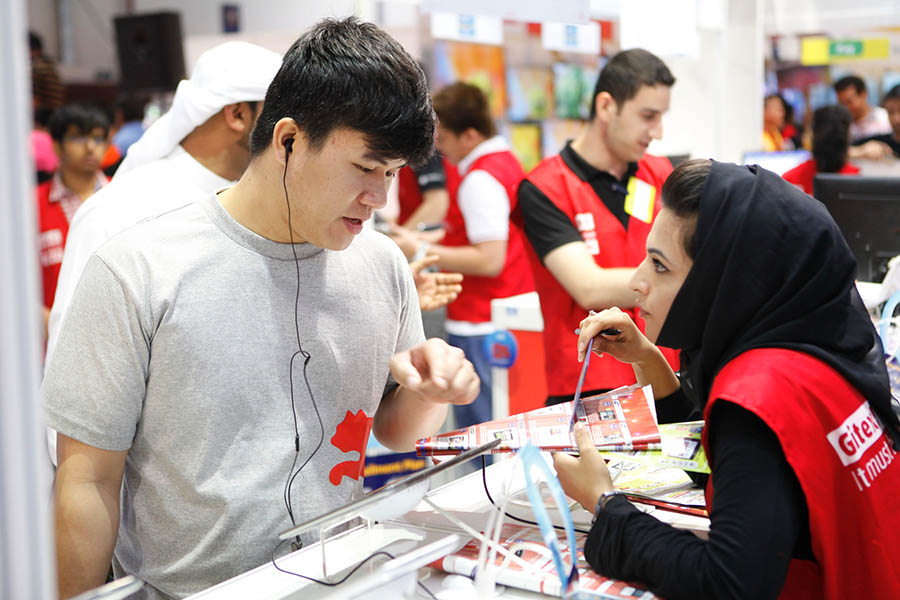 With the wearable tech market forecast to reach a staggering US$56 billion by 2020, fashionable and functional devices such as the Apple watch, Samsung’s Gear Fit2, Fitbit Surge and Garmin’s Vivoactive are likely to be in high demand. And with Virtual Reality quickly becoming an actual reality for all, heads-up displays such as Samsung Gear 360 and Gear VR are making VR hardware both accessible and affordable.

The world’s top tech brands and regional power retailers will offer the latest range of products in each technology segment at GITEX Shopper 2016. Commenting on Samsung’s participation and their new dedicated Virtual Reality Zone, Purushotham, Head of Marketing (Smartphones & Tablets), IT & Mobile Division at Samsung Gulf Electronics, said: “Our participation at GITEX Shopper has grown consistently over the past eight years, both in size and scale, as well as the diversity of our product offering. This year we will be showcasing our latest range of smartphones including the Galaxy Note7 and Galaxy S7/S7 edge, as well as ground breaking innovations such as the Gear 360 and the Gear VR. We will have a dedicated virtual reality zone complete with 4D chairs to transport visitors into whole new world of possibilities. We are sure that fitness enthusiasts will find our growing wearables segment, with the recently launched Gear Fit2 and IconX, especially intriguing.”

More than 35,000 products will be on offer at the show this year, with global players such as Dell, HP, Huawei, Samsung, Microsoft and more among the many brands showcased. Top regional distributors and retailers, including Emax, Jacky’s, Jumbo, Plug Ins and Sharaf DG, will be enjoying healthy competition with spectacular promotions being created exclusively for GITEX Shopper visitors.

Promising incredible offers and surprises during the show, Nadeem Khazadah, Head of OmniChannel Retail at Jumbo Group said: “Jumbo Group has been an active participant at GITEX Shopper since its inauguration 25 years ago. The show is an indispensable channel for us to engage with both existing and new customers, and is a key factor in our annual growth in sales and volumes. This year we are expecting a rise in wearables, fitness devices and VR headsets, backed, of course, by high volume sales of smartphones. Our special offers will include multimedia headphones, Bluetooth speakers and large screen televisions, and we’re telling Shoppers to also watch out for a surprise in the VR space.”

“GITEX Shopper is not just an electronics exhibition; it’s a platform that allows us to demonstrate our strength in customer service and customer experience. We are coming up with some innovative concepts for our visitors this year, something truly special that has never before been done at the show – and that’s only part of what we’ll be offering in terms of best deals, offers and promotions,” said Mahesh Chotrani, Assistant Vice President of Jackys electronics.

GITEX Shopper 2016 will take place from 1 – 8 October and will open from 11:00am – 11:00pm every day. This year, tickets for GITEX Shopper will be priced at AED 30 for the weekdays and AED 35 for the weekend. Entry is free for children below the age of five.