Recently I remote-controlled back and forth between MSNBC and FOX News. I was listening to what the reporters and pundits were saying, but couldn’t help but qualify every statement against the right/left hidden agenda that each respective “news” station has. Truth? Or their version of the truth? Then the ironic thunderbolt hit me. Advertising might just be the last bastion of truth. And it’s because advertisers don’t have hidden agendas, but overt ones.

To demonstrate my point, guess where this headline came from:

“Planting Hope in a Coalfield.”

You could read the line differently depending on the source. If you found it on a news site like MSNBC, you might think it was a liberally slanted piece about coal miners seeing the light and refusing to work in a coal mine in order to save the environment.

But if you found it on the FOX News site, you might think the very same headline is about the resurgence of the coal business since Trump was elected.

Sadly, words like the five in that headline don’t matter anymore. The agenda behind words is all that matters these days. And we, as consumers of information, have been forced to be careful. The agendas behind these two news forces – and many others – is so wildly different and so potent that we can’t be entirely sure what follows any headline is true or just some version of the truth.

Now, if I told you that headline was from a brand what would you think?

Starbucks, to be specific.

You may or may not like Starbucks coffee and Starbucks certainly has an agenda: to sell more coffee. But it’s a clear agenda, an overt agenda (not hidden), a harmless agenda, an agenda that won’t judge you or, worse, attack you if you don’t agree with it.

Now, read that headline again knowing that it’s from Starbucks:

“Planting Hope in a Coalfield.”

It isn’t laced with vitriol anymore, is it? We aren’t forced to tease out the hidden agenda before intellectualizing the line’s intent. Our identity won’t be in crisis if we choose to read the article it headlines. It’s just a brand trying to sell us coffee. As such, I’m more open to believe what’s reported in the subsequent article than if it were to come from MSNBC or FOX News.

Fact is, I found that headline on Starbucks’ “Upstanders” online series of articles and films from the Starbucks Channel. It was a truly uplifting story about an entrepreneur starting a company dedicated to turning a defunct coal town into a prosperous place again (without coal).

How does that story sell coffee? I’m honestly not sure beyond any affinity it generates for the brand. That’s a topic for another article. But my point is, there’s an opportunity here in how advertisers are perceived in the wake of fake news. 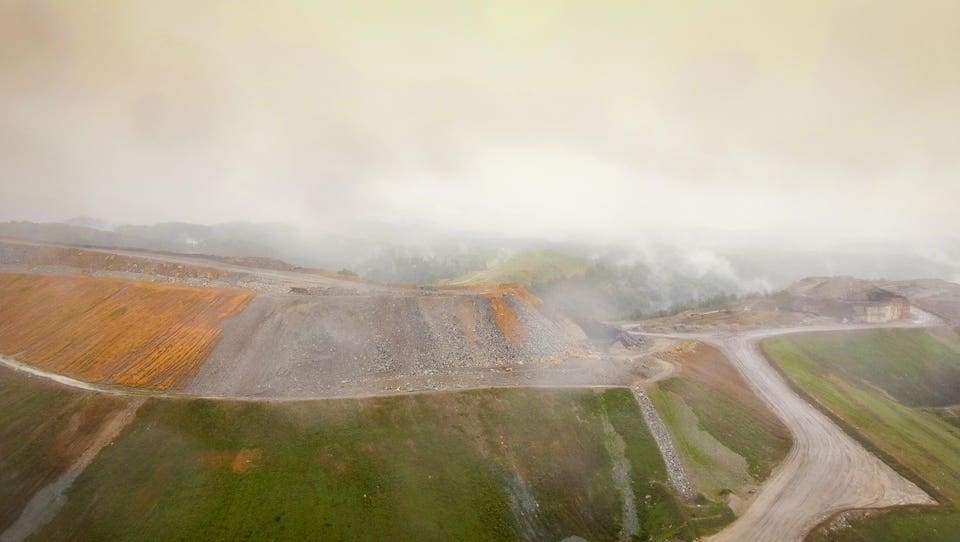 A brand and a coalfield.

An advertiser’s agenda used to arm us, now it disarms us.

In a world of fake news, vitriol, finger pointing and social media flame throwing, the fact a brand wants to sell me something suddenly seems quaint. Time was, we saw advertising as “all lies” and “just trying to sell you stuff.” Now it feels like fresh air.

While advertising is, in fact, trying to sell us stuff, it’s not an evil hidden agenda. A brand with an agenda of creating preference for its golf ball or its cup of coffee or its winter coat does not carry with it an automatic disbelief in what the brand talks about. I didn’t read the Starbucks article above and think, “Nonsense, they’re just trying to sell me a cup of coffee!”

I took the story about the coal town as gospel truth. Because why would a brand trying to sell me a cup of coffee lie about such a thing? They wouldn’t.

Imagine that. We can’t believe anything the “news” says anymore, but we can – and do – believe what a brand says.

The world has truly changed.

Marketers, we didn’t earn this position. It comes as a result of other sources of information internally combusting, falling on their hidden agenda-swords.

But what are we going to do with this trust? How can we make the world a better place? What can we tell the world’s citizens that it didn’t know before?

Because you might tell me about an entrepreneur who is turning around a coal town in West Virginia. And I might actually believe you.

Will Burns is an advertising veteran and current CEO of Ideasicle.com.