‘Welcome to the driver’s seat’

Saudi Arabia’s King Salman this week issued a decree allowing women to drivefor the first time—effectively ending the Gulf kingdom’s ignominious status as the only country in the world to ban women from driving.

A number of auto advertisers quickly jumped on the news (politics aside, they were surely happy to see an immediate spike in potential users of their product). But none did so quite as cleverly as Ford.

In a tweet yesterday, the automaker posted an image of a woman’s eyes in a rearview mirror, surrounded black rippled material that’s evocative of a veil. “Welcome to the driver’s seat,” says the copy. The ad is credited to GTB Middle East along with ASDA’A Burson-Marsteller PR.

The beauty is in the simplicity—an advantage the Ford work had over competing efforts from brands like Nissan and Volkswagen.

After Saudi Arabia permits women to drive, @Nissan, @Ford, and @Volkswagen publish ads. Ford's is the most visually interesting, in my view. pic.twitter.com/nqBERNfHWU

UPDATE: It turns out the Ford ad might not be entirely original. J. Walter Thompson Doha won an award at Dubai Lynx last year for a similar ad for the website Raseef22, which you can see below. We have asked Ford agency GTB about this, and will update when we hear back. 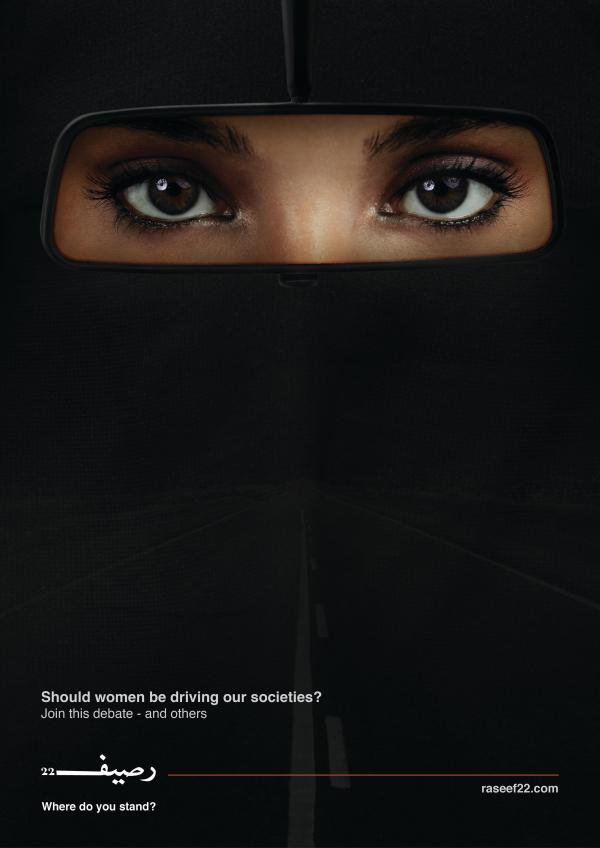