How A Dutch Startup Made The File-Sharing Business Cool

In the Netherlands, where the file-transfer company WeTransfer is headquartered, “even the highway and airport signage is beautiful,” says cofounder Ronald “Nalden” Hans. “Everything is highly designed because it’s such a small country. Growing up here makes you more aware of what good design and UX is. We tried to translate that to the web.”

It’s a neat origin story, ready-made for a slide deck at a design conference. But in WeTransfer’s case, it may actually be true. The service that WeTransfer provides (alongside Dropbox, Google Drive, Box, Hightail, and others) is dull—”email attachments on steroids” pretty much sums it up—and difficult to differentiate. As long as your file gets from A to B intact, do you particularly care who gets it there, or how? If you use WeTransfer, you probably do—especially if you’re a “creative type.” How did Nalden and his team pull that off?

A wise man once said that good design boils down to being “a very good, thoughtful host.” WeTransfer takes that advice literally. With no sign-up process and no fees, hosting a file on WeTransfer and distributing a link to it is no different from sending an email. “That accessibility is the biggest thing [users]love us for,” says Nalden. “It keeps them in their flow. There’s still a file limit”—2 GB for the free version—”but we hope to remove that in the future.”

This naive-seeming commitment to simplicity recalls another web service who successfully morphed from fungible commodity into beloved brand: Google. That company’s Spartan landing page raised eyebrows when it launched, especially compared with content-heavy search portals like Yahoo and Alta Vista. Of course, we all know what happened to them.

WeTransfer’s advertising business model, like Google’s, is also engineered around a no-fuss-no-muss user experience. The company makes money by letting advertisers fill WeTransfer’s landing page with a full-bleed image meant to feel more like a magazine spread than a banner ad. Sometimes the image makes a clear sales pitch, for Shutterstock, say, or Adobe. But it could also be an unbranded still from a fine art photographer or indie graphic designer. “We’re not pushy,” Nalden says. “We have our own design team in-house that helps our advertisers to make better ads, so they feel like someone recommending something to you rather than shouting at you.”

But simple UX design and pretty wallpaper alone can’t propel a 40-person startup to garner nine-figure valuations and headlines comparing it to Spotify and Apple. WeTransfer has earned its brand value on the back of an old-fashioned business principle with a fancy Silicon Valley name: “product/market fit.”

In simple terms, that means WeTransfer does a specific job that certain people in certain contexts actually want done. It’s a harder nut to crack than it sounds. In WeTransfer’s case, the job is easy: “Send big or small files from A to B,” as the company’s own tagline reads. But it’s the people and the context that make all the difference. “What we see is that file syncing solutions, like Dropbox, are used more within teams working together on files,” Nalden explains. “But once people need to share the end result—whether it’s a film or a presentation or a song—they tend to use WeTransfer to actually deliver it.”

If the digital file-transfer business is like New York real estate, Dropbox is Midtown—and WeTransfer is the next Williamsburg.

Get the picture? If the digital file-transfer business is like New York real estate, Dropbox is Midtown—and WeTransfer is the next Williamsburg.

“WeTransfer has been used by the creative community from the moment we started, because we are from that community ourselves,” Nalden explains. (His nickname comes from the linkblog he ran between 2002 and 2012. ThinkKottke.org, but Dutch.) “I was always highlighting photographers, musicians, designers, architects. We kept doing so on WeTransfer using the full-screen background images to offer them a platform to showcase their work. The creative community started using us because not only were we promoting their work, we were also discovering other people’s work, and more and more users started to appreciate this. That’s where we built credibility.” 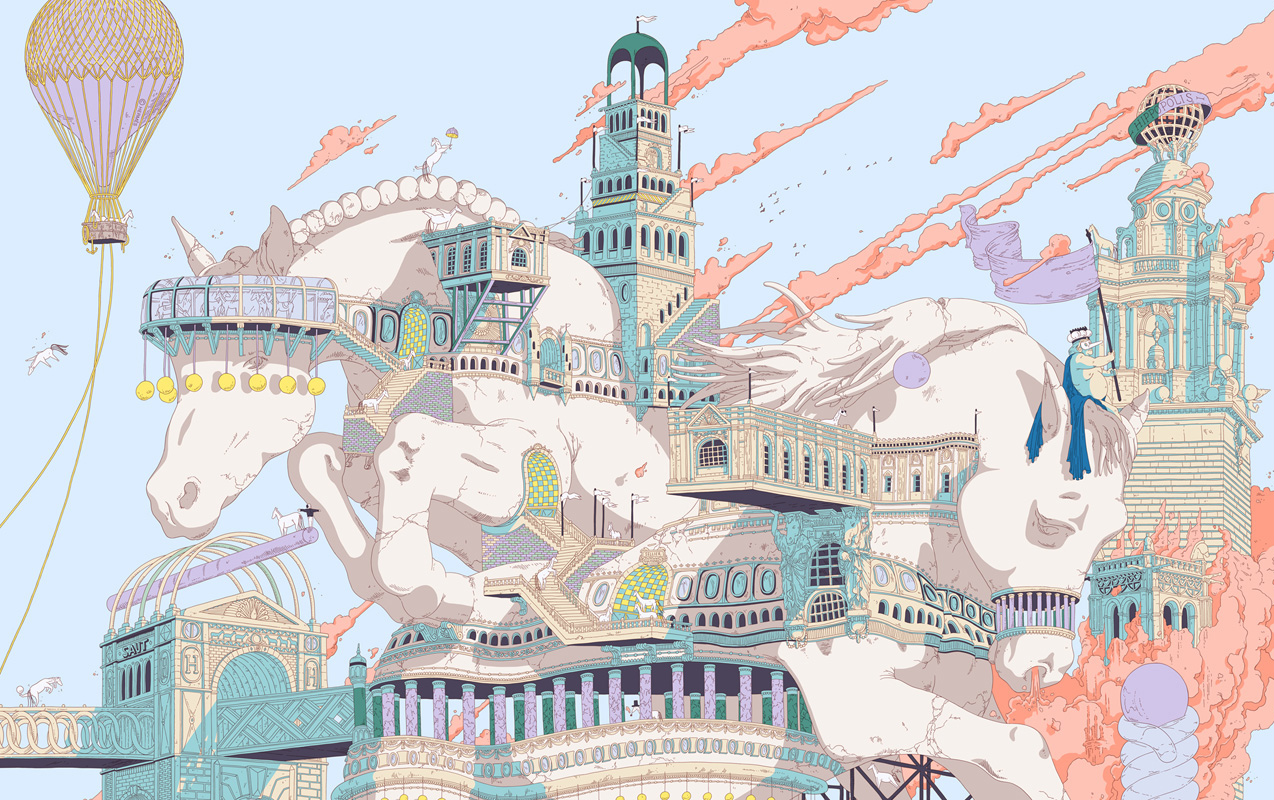 And that kind of cachet can’t be pulled out of thin air, even if WeTransfer has demonstrated a product/market fit. YouSendIt, a similar large-file-transfer service that WeTransfer competed against in its early years, rebranded as Hightail in 2013 and recently positioned itself as—you guessed it—a service for “all creative types.” (Literally: the phrase is right on their home page.)

Nalden doesn’t seem worried. “It’s a very competitive landscape from a technology perspective. That’s why we want to become superior in the user experience, and remain the most trusted interface for people to send something,” he says. How trusted is “most trusted”? Nalden isn’t above dropping names to make a point. “When I see on Twitter that Azealia Banks is sharing her latest mixtape with her fans through WeTransfer, I get really excited.” (Prince also used WeTransfer to release certain tracks.)

So if WeTransfer is becoming the Williamsburg of digital file-sharing, how does Nalden intend to keep it from becoming . . . well, Williamsburg? (You know: faux-hip, investor-friendly, and artist-hostile?) By not being overly precious about the whole “creative type” thing, for starters. “We see a tremendous amount of people using WeTransfer to share presentations and keynotes,” he says, not unproudly. “It might not be the typical definition of ‘creative,’ but this is creative thinking that they are putting effort into building into a great presentation. And they’re sharing it with our service because it’s simple and accessible.”

Hipness, like startup buzz, is transitory at best. Nalden wants WeTransfer to have much broader appeal than its core user base of musicians and visual artists represents. To him, a more appropriate analogy than Williamsburg or Google is Apple—another tech brand that nurtured a cult following among “creative types” for decades before going mainstream. “Good design allows anyone to embrace technology,” he says. “The iPad is a great example. It’s used by elderly people and babies. I set that as a benchmark for us.” Granted, WeTransfer is light years away from becoming the iPad of anything—”we’re still at the ‘minimum viable product’ level,” Nalden cheerfully admits. But in the email-attachments-on-steroids business, it’s a decent start.

John Pavlus is a writer and filmmaker focusing on science, tech, and design topics. His writing has appeared in Wired, New York, Scientific American, Technology Review, BBC Future, and other outlets. He also creates original web videos for top media brands like Conde Nast, NPR, Slate, Nature Publishing Group, and The New York Times Magazine through his production company, Small Mammal. He lives in Portland, OR.