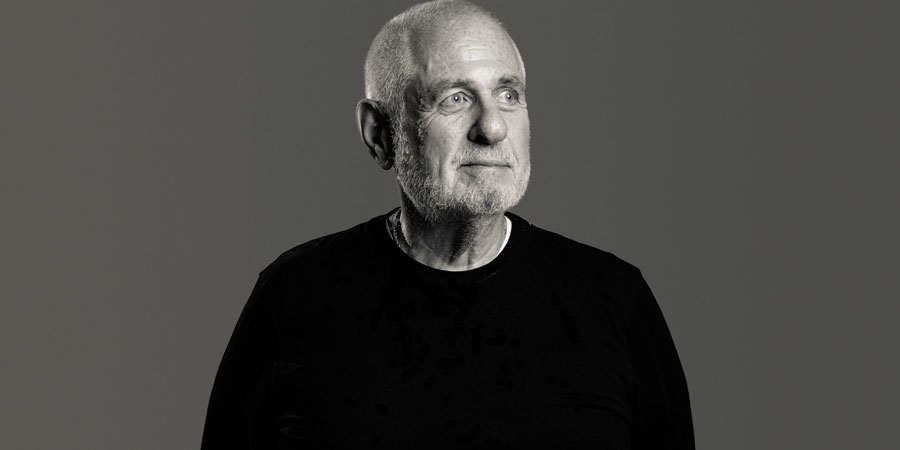 Mr. Wurman, as the founder of the TED conferences, the predecessor of the TED Talks, do you ever get stage fright?

I have absolutely no fear of being on stage or of being in front of people. In fact, it’s my comfort zone. My stress levels – as measured by Carnegie Institute in a special straight jacket they have that measures your tension, sweat, muscle twitching, all those things – go down when I’m on stage talking. They were surprised. I thought it was delightful. But I do know that I go to a very comfortable place. It’s a very relaxing time for me to be up there.

When I first started to speak, I was terrible. I was humiliated time after time. I gave terrible speeches for four or five years in my late twenties and early thirties. I was terribly ambitious when I was younger – I have no ambition now – and I knew that ambition had to be assuaged by being able to speak in public. I kept on doing it until I somehow passed through a hole. I know how zen it sounds. I’m not zen at all; I’m a schlepper. But I still choose to do projects that I really don’t know how to do. They’re past the edge of what I’m doing. I’m doing a major book now which has been an impossible project, or at least semi-impossible, and it might not get done before I die.

I guess you like being out of your comfort zone.

Well if you do something and it turns out really well, why would you do it again? I realized a little while ago that if you do something, and you keep on doing it better and better and better, that is almost embarrassing. I did a conference a year and a half ago, the WWW Conference, and it was the best conference, by far, that I’ve ever done. It was terrific. But what people asked when it was over was when was I going to do it again? (Laughs) What a funny question. Why would I do it again? It worked so well. I mean, I did it, why do another one? Why wouldn’t you choose something else to do?

Is that why you didn’t want to continue running TED yourself?

Yeah. I did it too long. I kept making it better and better every year instead of doing something else. I realize that that was a weakness. I’m weak! I was more ambitious then and I was coveting the success of it and the fact that I was this little jerk from Philly and I had this big life. I’m not the brightest star around, and I devised in a circumspect way – without star-fucking – how to be in the present and have conversations with remarkable people. I’ve been fortunate. I’ve had an interesting life. I met Lou Kahn when I was an architectural student, which lead to meeting Jonas Salk, which lead to meeting Francis Crick. Do you know who these people are?

Francis Crick, but not the others.

Jonas Salk discovered the vaccine to cure polio and the Salk Institute is one of Kahn’s great buildings. In my life, everything connects. Lou introduced me to Jonas, who was the most famous person in the world for a few years, like Muhammad Ali was. He was more Brad Pitt than Brad Pitt. I worked with Bob Redford for a little bit, and you could not walk down the street in New York with him. Crowds everywhere. And Jonas would have been the same way then. And you don’t even know who he is now! That’s amazing. Jonas introduced me to Francis Crick, he discovered DNA with James Watson. And on and on! My world is a lattice of having conversations with people in the most disparate fields to find patterns between them. In that sense, not what TED is now, but what TED was for the 18 years I ran it. I’m sort of “TED.” I’m the convergence of things.

After having so many conversations what’s an example of a bad question?

And a good question?

I was having a chat with Juan Enríquez, a respected acquaintance of mine, in a public forum and something came up about the idea of the simplest question. When you step on an ant and the ant dies, you say, “It’s dead, it’s no longer here.” And even a four or five year old can say, “What’s death? What’s life?” It’s a simple question but it’s very complex.

“I am terribly fascinated with things that I don’t understand.”

What is your biggest fear?

I guess, you know, humiliation. I make some effort to avoid humiliation. But I can’t. If you decide that you want to try to do things that you don’t want to do, things that even your close associates and friends say won’t work, you’re at the edge of being humiliated at different times. And that’s very uncomfortable. But when I have that choice, I almost always do it anyway. I am terribly fascinated with things that I don’t understand. That’s my passion.

Do you think that your hunger for knowledge will ever be satiated?

Steve Jobs once said that you can only connect the dots in your life looking backwards and “you have to trust in something — your gut, destiny, life, karma” – that the dots will somehow connect in your future. What’s your philosophy?

I’ve made some huge mistakes. And they emotionally hurt me, these mistakes, but as I look at the path they put me on, those paths seem, in retrospect, more interesting than the path I was headed on – had I not made those mistakes and been more successful. I certainly didn’t want to go through the emotional rollercoaster that I went through. I was a failure, left destitute at 45, I was thought of as a mascot, I was never taken seriously, never very skilled… But I know it’s lead to something. I’ve had a number of young people write to me and ask, “What is your secret to success?” and I have a standard response that my secretary writes back, which is, “Mr. Wurman thinks that the answer to your question is, ‘Have an interesting life.’ And he would like to let you know that today has been pretty interesting.”

This article first appeared in www.the-talks.com