These are trying times. And people, purpose, planet is the need of the hour. A small example of the same comes through in a very thoughtful initiative that has been launched by Kioxia( formerly Toshiba Memory) of distributing free kits(health packs) in the UAE during these trying times brought about by the COVID19.

” We are all aware that doing good is doing great for brands. But, it is time to look beyond all of that, as it is the calling of the hour. From our perspective, as a responsible, committed, global organisation, we have initiated this purely as a human centred exercise meant to alleviate and support the multiples who have to go about their daily tasks and chores while being subject to the risks of exposure to the deadly virus. Since this is all about coming together and fighting the COVID 19, we have tagged this project ” Together-Lets Make It A Distant Memory “. Two Surgical Masks, 1 Bottle of Hand Sanitizer and a Flyer that outlines the Do’s and Don’ts for people to follow is what the heath pack will consist of “, commented Santosh Varghese, Vice President, Digital Products & Services Division, Toshiba Gulf FZE. KIOXIA Products are marketed by Toshiba Gulf FZE in MEA region 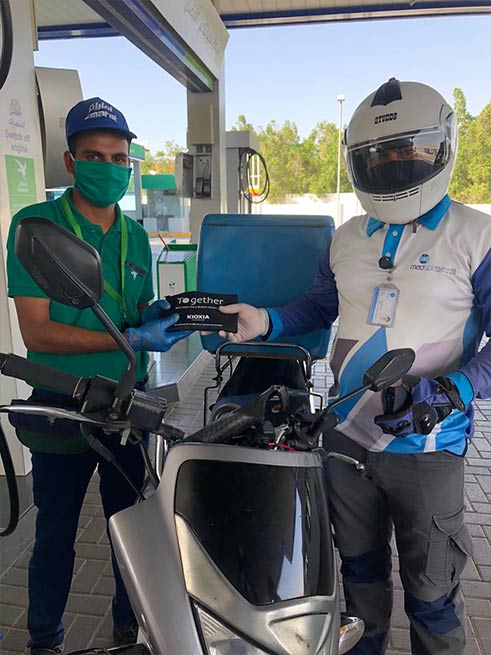 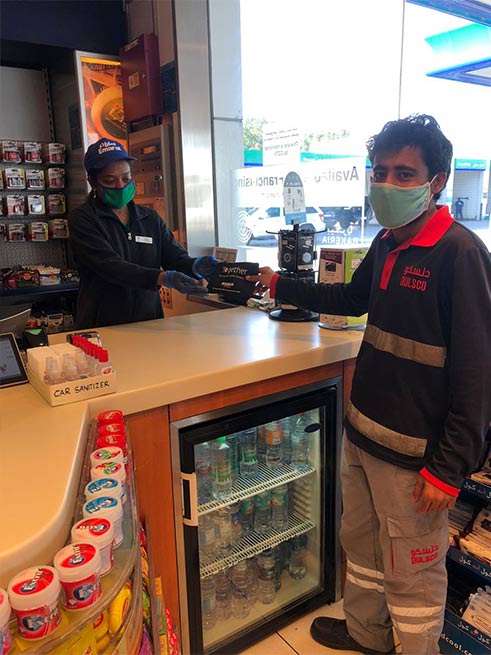 ” Not everyone is in a fortunate position to socially distance themselves or work from home during these times of extreme duress. At Kioxia, we believe this is a very small salute and acknowledgment to all the gladiators out there going about dispensing their responsibilities by being selfless and risking themselves to care and look after others, while remaining in the firing line”, continued Santosh Varghese, Vice President, Digital Products & Services Division, Toshiba Gulf FZE.

This inspiring undertaking by Kioxia will not only help the community significantly but will also motivate other corporations in doing their bit. After all, one good deed follows another.

” We believe a Contagion like the COVID19 can only be countered by another Contagion of people, community and brands coming together, collaborating, cooperating, communicating and committing. So, Together-Lets Make It A Distant Memory , this is where hearts and minds need to confluence “, concluded Santosh Varghese, Vice President, Digital Products & Services Division, Toshiba Gulf FZE. 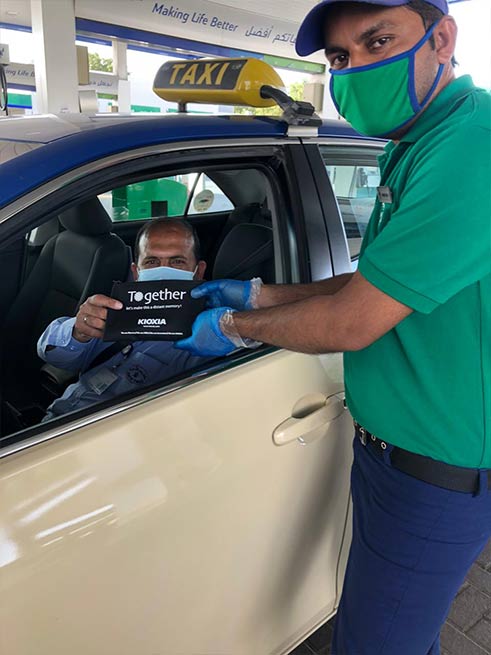 P.S: Toshiba Memory has been rebranded across the globe as Kioxia(pronounced kee-ox-ee-uh) wef 1st October, 2019. Kioxia is a blend of the Japanese word kioku meaning “memory” and the Greek word axia which means “value”.The change is meant to mark a new era of memory and embark on a new start.