Why You Should: Mitchell Levy on Marketing Smarts [Podcast] 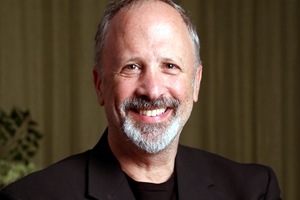 I invited Mitchell to Marketing Smarts to talk about why encouraging brand executives and employees to become thought leaders is smart business, and how you can become a thought leader in your own industry.

We also cover how to balance the desire for employees to showcase your brand with their need to build their own personal brands.

Here are some highlights from my conversation with Mitchell:

Start building thought leadership in just seven seconds (06:20): “One of my axioms today is we have a ‘seven-second sound bite.’ So how do you capture somebody’s attention in seven seconds? Whether it’s a Vine or a tweet or something that’s real small? Because then they’ll do more.

“The next thing is that 80% of the content that thought leaders share should be somebody else’s. And so, how do you generate trust with the people you’re talking to? Obviously you want to be trustworthy. You have to be authentic. If all you’re doing is spouting how cool you are and how cool your company is, and how your product is the only thing that solves world hunger (or whatever problem you’re trying to solve), you’re not as believable as if you’re sharing content not just from you, but from your peers in the space. So you’re sharing good, compelling content that talks about the industry, and your peers in the industry, and what’s going on, and how the customer’s’ problems will be solved…. And that sort of authenticity, that sort of trustworthiness, that sort of transparency in who you are and what you do will give you the ability to be heard.”

“Step 2 is who are your peers in the space? Once you’ve defined where you want to be a thought leader, there are people already playing. There’s very few places in the world where there’s actually nobody there. And of course if you go to a place and there’s nobody there, the question is, ‘is there actually business in that location?’ So, who is your peers that are out there, and part of step 2 is not only do you figure out who they are, you start doing them favors.

“Favors in the social world are simply liking what they do. If it’s a Facebook post, you like it. You plus it. You retweet the types of things they’re doing. You comment on their blogs. You basically go out of your way to start recognizing and doing…things that they get excited about. What happens is that, after a very short period of time, they start recognizing you. If you’re a thought leader, by definition you’re sharing stuff often in different locations, and you start recognizing the people who are your advocates, who are sharing the content for you.

“Step 3: you put a plan in place to [share content]very consistently. So you want to design a certain amount of time every day—whether it’s five minutes every day or an hour every day—where you are going out of your way to create, share, aggregate, curate content. When you’re creating, obviously it’s your original stuff. When you’re curating and aggregating, you’re grabbing other people’s content and you’re sharing and resharing that. You want to do that fairly consistently, and you’ll recognize within a short period of time that some of those top lists that come out of top people in the space, that your peers that you’ve identified in the past who may not have known you before, now know you and start including you in the type of emails…and webinars that they start doing together…. If you start paying attention to those around you, they’ll start paying attention to you.”

Replace networking events with intimate conversations to grow your personal network (25:11): “In Silicon Valley, there’s at least 2,000-3,000 events one can go to a month. I used to go to three networking events a day. So, a very shotgun approach. Over the last year, I’ve changed that to having three intimate conversations a day. It makes a whole lot of difference when you can actually talk to somebody. And it’s Skype; with Skype, I may not actually leave the office, but I’m actually seeing somebody and talking to them live. And that has significantly changed how I interact with the world.”

Learn more about Mitchell at AhaAmplifier.com, and check out his interview series at ThoughtLeaderLife.com. Mitchell and I talked about much more, including how companies can balance an employee’s desire to build their own brand with the need for employees to advocate on behalf of the company, so be sure to listen to the entire show, which you can download the mp3 and listen at your convenience. Of course, you can also subscribe to the Marketing Smarts podcast in iTunes or via RSS and never miss an episode!

Music credit: Noam Weinstein.
This marketing podcast was created and published by MarketingProfs.