Want to challenge assumptions? Follow the lead of Microsoft, MIT, and others, and ask more questions, writes author Warren Berger.

Brainstorming has developed a fraught reputation, perhaps deservedly so. When groups of people are thrown together and expected to come up with original ideas, there is often too much pressure to be creative—resulting in ideas that are anything but.

But what if brainstorms were designed to generate questions, not ideas? It’s an approach that’s being touted these days by a number of advocates, myself included. And while it may seem counterintuitive (Who needs questions? We need answers!), encouraging people to formulate lots of questions around an issue or problem can lead to deeper analysis and a better understanding of that problem—which, eventually, can yield smarter ideas on how to tackle it.

The latest proponent of this approach is the author and business consultant Matthew E. May, whose new book, Winning the Brain Game, describes a question-generation process that May calls “frame-storming”—because it uses question-generation to help in “framing” the challenge at hand. (May borrowed the term from Stanford University professor Tina Seelig, who maintains that frame-storming works because, as she puts it, “Questions are the frames into which the answers fall.”) May says he’s been using some form of frame-storming with clients for about a decade and has found it to be more effective than traditional brainstorming in sparking fresh thinking. 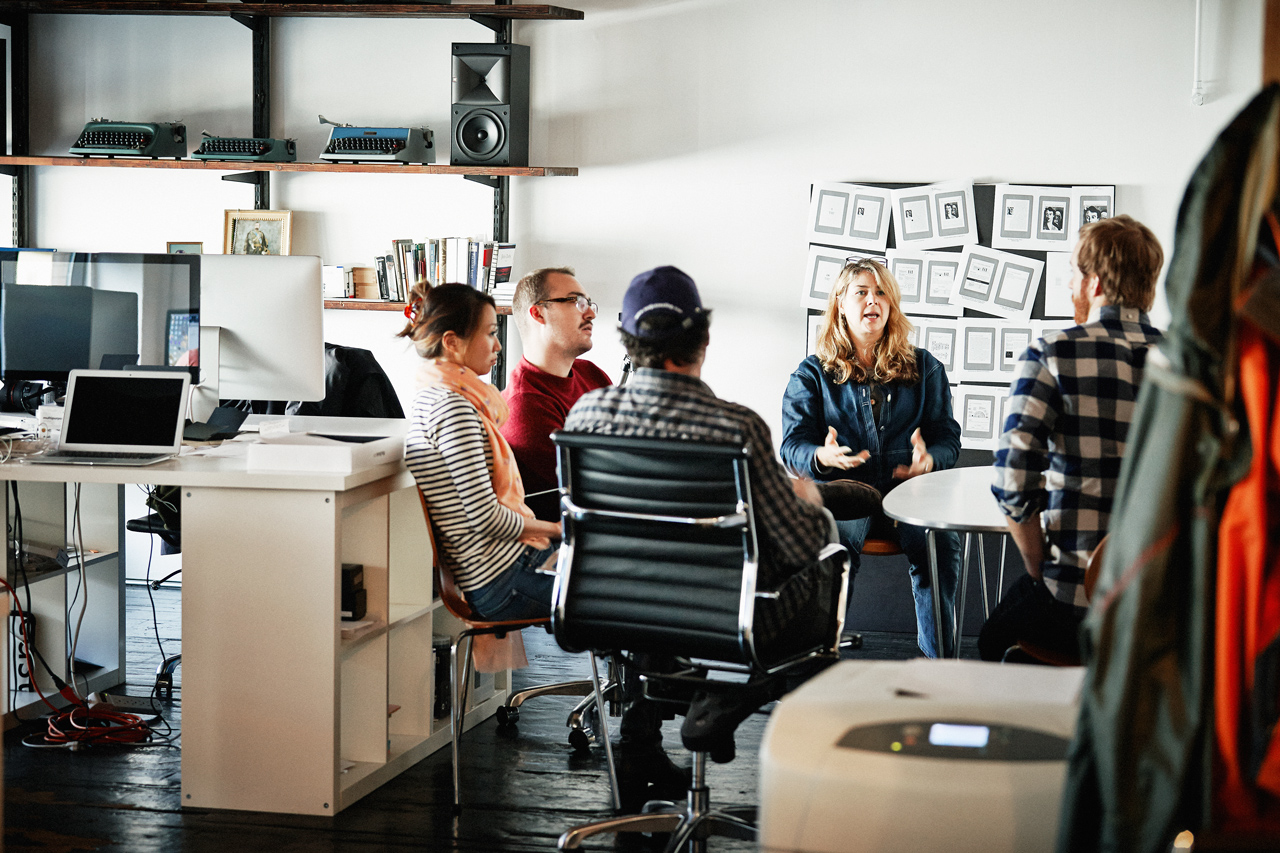 Others use a different name for similar versions of question-generation exercises. Hal Gregersen, executive director of MIT Leadership Center, has conducted “question-storming” sessions with corporate clients. Meanwhile, the nonprofit Right Question Institute, which has studied and refined question-generation methods over the past 20 years, has developed its patented “Question Formulation Technique,” or QFT, which it uses with both schools and companies such as Microsoft and Kaiser Permanente.

Whatever label it goes by, the question is: How does it work?

Over the past year, as I’ve conducted question-generation sessions with clients ranging from small startups to major pharmaceutical companies such as Pfizer, I’ve had a chance to observe how the process is similar to, and different from, conventional brainstorming. In terms of similarities, both brainstorming and question-storming start with quantity—the objective is to generate lots of questions or ideas on a subject, initially withholding judgment. Then, in both cases, the goal is to converge around questions/ideas deemed most promising.

But there are big differences. When participants are generating questions, they tend to dig into a problem and challenge assumptions. For example, they may inquire about why the problem exists, why it’s even considered a problem (maybe it really isn’t one), whether there’s a bigger problem behind that problem, and so on. The process gives people permission to ask fundamental questions that often don’t get asked; not just “how can we do it better?” but also “why are we doing this in the first place?”

Another difference I’ve observed is that while brainstorms are typically dominated by a few “big idea” people, questioning exercises seem to have more across-the-board participation—perhaps because questions can be easier to think of and are judged less harshly than ideas. Kristi Schaffner, a Microsoft executive who conducts question formulation exercises at the company, says that when people are offering up questions rather than ideas, “they don’t feel the pressure to sound brilliant.”

If you want to try a question formulation exercise, it’s fairly easy to conduct one. I’ve tended to use the QFT model from the Right Question Institute (also used by Microsoft’s Schaffner). It breaks down to the following steps:

Obviously, you need something for people to ask questions about—usually a problem the company is dealing with, though it could also be a larger industry issue or trend. Dan Rothstein, codirector of the Right Question Institute, says that once you’ve identified an issue, it helps to “problematize” it in the form of a short, provocative statement, such as: “Thirty percent of our customers are not happy with our service.” Don’t use a question as your focus; it’s easier to riff questions off a definitive statement or a phrase.

Form groups of four to six, with one group member writing down all questions that are voiced—no editing or debating. Within a 10-minute time limit, I’ve found groups can come up with dozens of questions. MIT’s Gregersen says that when he does question-storming, he expands the generation period and pushes people to keep going: “Some of the best questions come as you get to 50 or even 75.”

Groups then review the questions written down and work on them; expanding some, tightening others. Rothstein suggests opening all closed (yes/no) questions, and closing the open ones.

Each group selects its favorite two or three questions to share with the room. Then, by discussion or vote, the overall top few questions are identified. How to judge the best questions? Look for those that stir interest and open up new ways of thinking about the issue.

It can be hard to know what to do with ideas that emerge in brainstorms, but questions are more “actionable.” They’re almost begging to be answered, or at least researched, pondered, and discussed further. Microsoft’s Schaffner says she typically ends sessions by developing “an action plan to move forward on the top three questions we’ve identified.” I’ve seen companies take questions from sessions and turn them into capstone projects. One even ended up using results from the exercise to draft a single, guiding “mission question” for the company to live by.

RQI’s Rothstein recommends closing with a brief reflection period, during which participants share what they’ve learned about using questions in this new way. Rothstein says this can yield “a metacognitive bump” that helps solidify learnings and may encourage the habit of attacking problems with questions. At Microsoft, Schaffner says question formulation is becoming so natural that “some of our people have said they now do it in their heads.”

Warren Berger is the author of the new book A More Beautiful Question: The Power of Inquiry to Spark Breakthrough Ideas.