Large companies can be easy targets for disruption, but Gary Pisano says there are steps that can keep them ahead of the innovation curve. Rule 1: Don’t emulate startup cultures.

“Larger companies are rarely seen as fountains of innovation,” says Harvard Business School professor Gary Pisano. Yet scale, if properly exploited, can still be an engine for transformation.

In his new book Creative Construction: The DNA of Sustained Innovation, he explains how to create an innovation strategy, design a system for creativity, and build up an enterprise’s cultural DNA. Pisano, the Harry E. Figgie, Jr. Professor of Business Administration, shares insights in our Q&A.

Martha Lagace: Your title, Creative Construction, plays with a famous concept of innovation. Could you tell us the background and how you think about innovation?

Gary Pisano: Probably the greatest economist of the 20th century was Joseph Schumpeter. He was really the godfather of the economics of innovation. He described a process he termed “creative destruction,” whereby economies move forward when young, entrepreneurial companies come on the scene and sweep away large incumbent enterprises. He famously wrote in 1939 that big companies become, in his words, like old men, losing their innovative vitality as they age. We have seen the forces of Schumpterian creative destruction many times over in the fall of such companies as DEC, Kodak, Nokia, Wang, and more recently Sears.

“PEOPLE OFTEN FORGET THAT WHEN APPLE LAUNCHED THE IPHONE IT WAS ALREADY A $24 BILLION CORPORATION. “

I am a huge fan of Schumpeter and I’ve been reading his work since college. But my experience with companies, my research, and the research of others tells me the process he envisioned is not inevitable. I saw counterexamples of innovative large companies both historically and in more recent times. People often forget that when Apple launched the iPhone it was already a $24 billion corporation. The idea that scale might actually be an advantage for innovation motivated me to write this book.

Lagace: As you say, innovation is a broad term. What does it mean to you?

Pisano: Innovation means change that creates economic value. Innovations can be about technological change, business model change, or some combination of both. In my framework, there are four types of innovation.

Lagace: What are common errors when companies try to create innovative cultures?

Pisano: Big companies too often try to emulate startup cultures, and that’s misguided. First of all, not all startups have innovative cultures. Just being small doesn’t create an innovative culture. Second, startups typically operate under some pretty unique circumstances that are hard to replicate in a larger enterprise. The reality of startups, though, is that you don’t have a lot of money and so the pressure is enormous. And the costs of failure in startups are pretty high. If the project fails, you probably go out of business and lose your job. Just putting people into small teams, cool spaces, and allowing them to dress any way they want does not recreate a startup environment.

The other mistake companies make with innovative culture is presenting it as something that is going to be really fun. So there is a lot of discussion about tolerance for failure, experimenting, collaboration, and all sorts of other really pleasant things. But, there is a harsh reality of innovative cultures. They are not much fun. There is little tolerance for incompetence, they are extremely disciplined, they involve high degrees of personal accountability, and they are brutally candid places. Not everyone will thrive.

Lagace: How can we avoid the same mistakes?

Pisano: Be clear that innovative cultures are not a walk in the park. They are more like climbing Everest. Make sure everyone is prepared for the fact that with all the great things like tolerance for failure and so forth, there is an equally important set of behaviors required that may be a lot less pleasant for some people.

Lagace: Why do many companies not recognize disruptive threats?

Pisano: It’s easy to criticize managers for missing disruptive threats, but I don’t think it’s entirely fair. Leaders making decisions are staring in a foggy lens into the future. In retrospect these disruptive threats look painfully obvious, but they are not obvious at the time. They can happen much faster than we think.

“THE OTHER MISTAKE COMPANIES MAKE WITH INNOVATIVE CULTURE IS PRESENTING IT AS SOMETHING THAT IS GOING TO BE REALLY FUN.”

And, sometimes responding is not even the right response. As I write in the book with the example of digital photography, sometimes a new thing coming along is far less profitable than your existing business. The cliché “eat your own lunch before someone else does” is not particularly helpful in these circumstances. In some cases, it may be better to defend and extend your existing business. It’s not necessarily glamorous but it might be your best option.

In the book, I provide many examples of companies who have had really smart strategic responses to big shifts in their industry. For example, when carbon fiber came along it endangered Pinarello, a high-end manufacturer of steel bike frames. Pinarello shifted its business model to focus on design, rather than manufacturing, which allowed them to exploit the potential of carbon fiber.

Lagace: Where can companies get better ideas?

Pisano: The problem is often not where they look but where they don’t look for ideas. If you ask where ideas for innovation come from and companies say, “Everywhere. We’re open to everything,” watch out. Their ideas might come from the same places: the same customers, same suppliers, same opinion leaders, same universities. Without even realizing it they get grooved. It’s better to talk to different customers, suppliers, opinion leaders, and people in different geographies.

Importantly, you don’t have to be CEO to make an impact. People on the frontlines can’t change their company strategy but they can innovate in solving customers’ problems. You want folks to be constantly challenging themselves to find the right way or better way to do something. There are regulatory, legal, and safety requirements that can constrain what you can try, of course, but anyone can be deeply involved in creating a culture where things are done differently. What it takes is senior leaders who enable it, and people throughout the organization who don’t say, “Well, this is the way we’ve always done things. Let’s never try anything new.” In short, what you need throughout your organization are creative constructors. 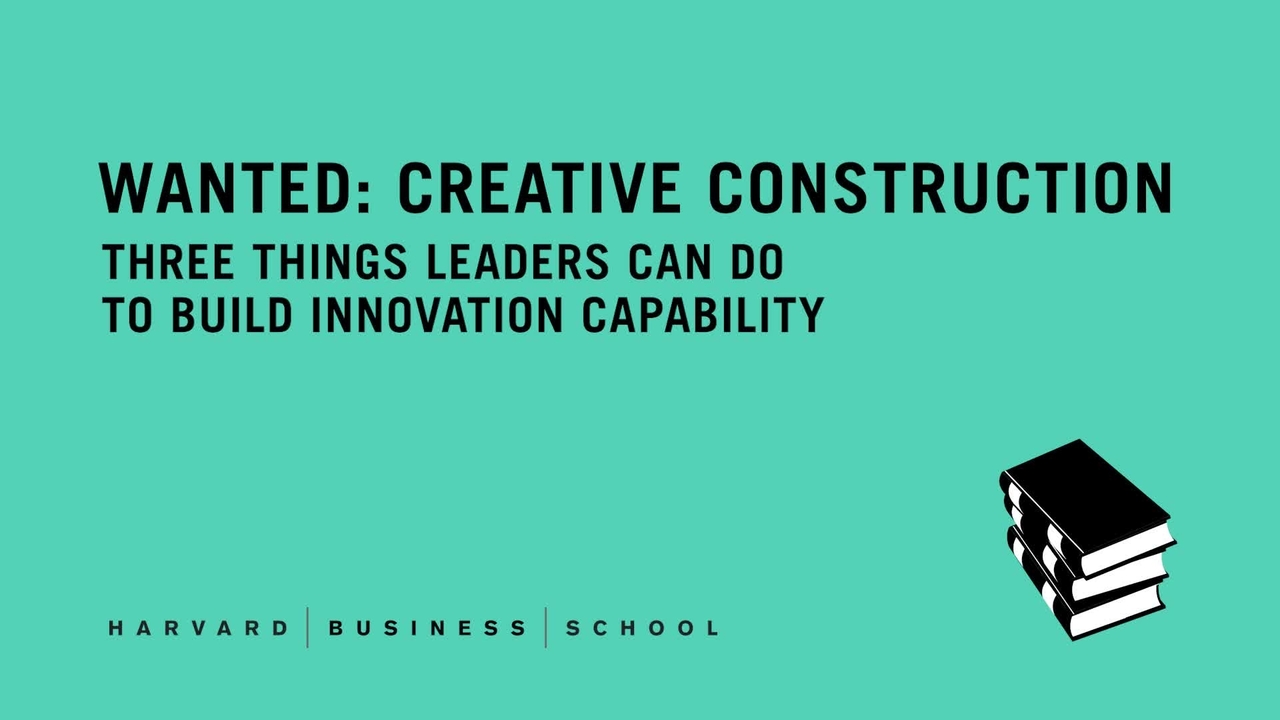 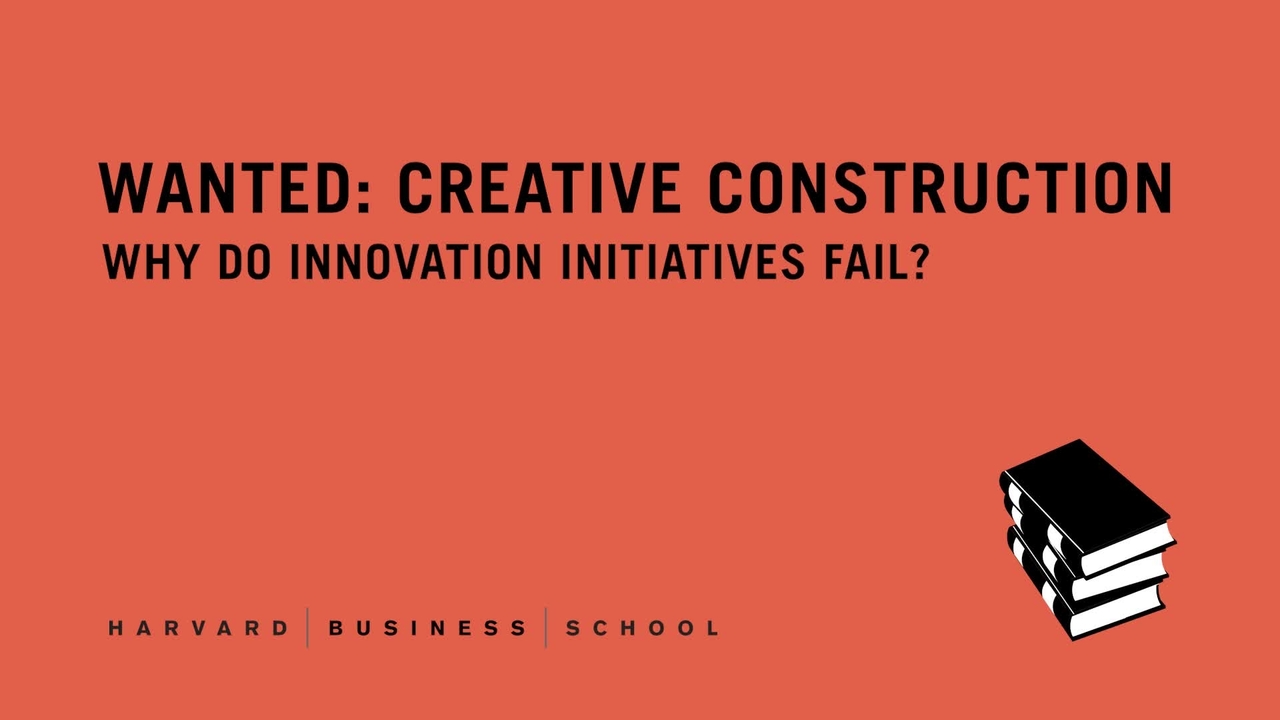 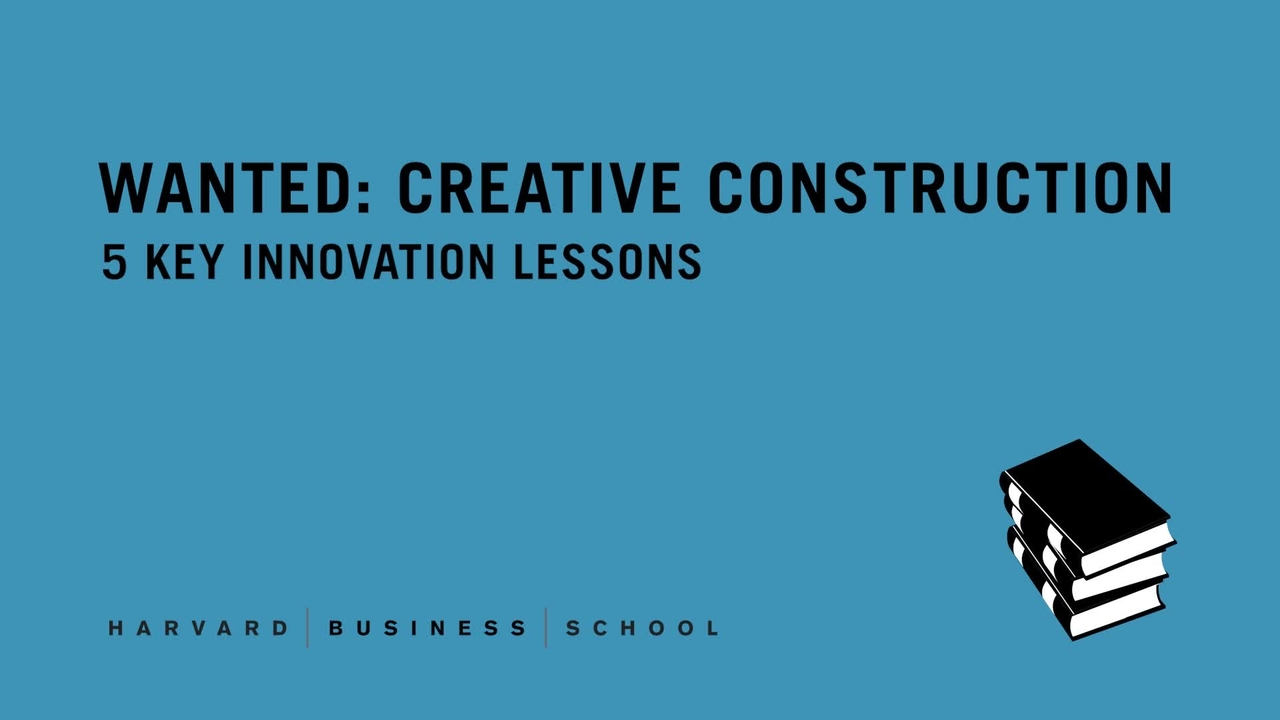 This article first appeared in www.hbswk.hbs.edu