The iconic tool turns 50 this year–here’s the story behind its immense popularity.

Picture a pair of scissors, and there’s a good chance they’re orange. But have you ever wondered why? It’s all thanks to the 368-year-old Finnish company Fiskars, whose ubiquitous orange scissors turned 50 this month. The story behind their design involves the advent of ergonomic design in the 1960s, a companywide vote, and one very happy accident.

Fiskars has sold more than 1 billion of its scissors, and today they sit in the Museum of Modern Art’s permanent collection. Orange is so strongly associated with the company, it even won a lawsuit to trademark its orange–making it one of only a few companies to have successfully trademarked a color.

So who designed this staple of the homes around the world? That would be the industrial designer Olof Bäckström.

In 1967, the plastics industry was exploding. The material was finding its way into many household objects, and Bäckström was working on creating plastic tabletops and other home goods at Fiskars. He had some bright-orange plastic left over from making orange juicers, which became the de facto material for his prototype scissors. He took a pair of typical heavy metal shears, combined it with the light durable plastic, and designed a handle that actually curved to fit the user’s hands–a first.

According to Jay Gillespie, Fiskars’s current VP of marketing, the company decided to vote on what color the final scissors design would be before it went into production. At the time, Gillespie says, colors like orange and lime were very popular, so they decided to stick with orange. “An icon was born from [that vote],” he says.

But Bäckström’s user-friendly design was more than a random workshop accident. The scissors were a product of the rise of both plastics and ergonomic design in the ’60s.

World War II saw the advent of new and complex wartime technology–and in even in the years after the war, industrial designers and manufacturers were focused on how humans could work productively with this all new tech. That meant making humans more comfortable and effective working with these new tools, which spawned modern ergonomics. The war also precipitated the common use of materials like plastics, further enabling this new era of industrial design. Bäckström’s use of both–plastics and ergonomics–illustrates how the twin forces of politics and technology gave birth to postwar industrial design.

Soon enough, the company couldn’t keep them in stock fast enough, especially in the U.S., so it built a factory outside Helsinki to meet demand, which still produces Fiskars’s scissor today. The company has an unusual way of determining the quality of each finished product: The quality control team listens to the sound of each pair of scissors as they’re closed. “The two pieces of metal and the sound they made is an indicator of how well they’re honed together,” Gillespie says. 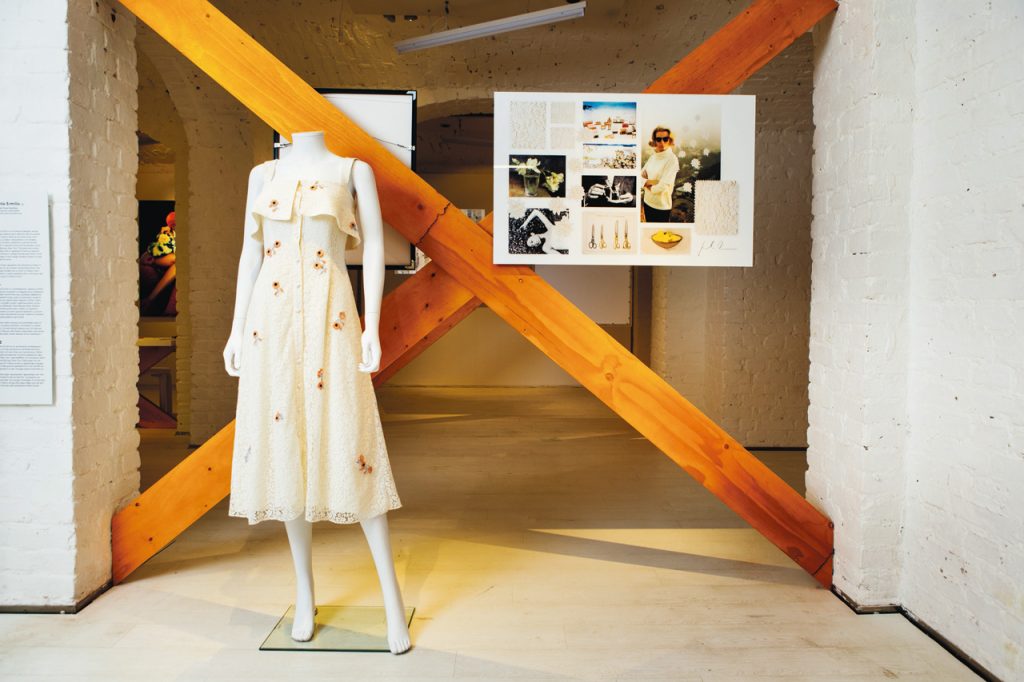 Today, it’s rare to find a pair of household scissors that don’t have curved plastic handles that fit your hand, a testament to Bäckström’s influence and the longevity of his design. In celebration of its 50th anniversary, the Helsinki Design Museum asked designers and artists to create works using and inspired by the scissors (you can see them in the slideshow above). And on the scissors’ proper birthday, Gillespie says the company held a birthday party for good measure. The color of the cake? You guessed it.

Katharine Schwab is a contributing writer at Co.Design based in New York. Her work has appeared in The Atlantic, The Seattle Times, and the San Francisco Chronicle.