FLORENCE, Italy – Since its founding in 1837, Hermès has had to adapt to changing times, requiring a balance of modernity with tradition, according to the brand’s CEO at the Condé Nast International Luxury Conference April 22.

Helping it remain a presence over the years has been Hermès’ willingness to embrace new methods of communication and adapt its existing craftsmanship when working with what materials are available. As technology evolves, luxury brands must take the lead in a way which maintains their core values and aesthetic.

“No matter how prestigious or old you are, you need to be relevant to your time to continue to exist,” said Axel Dumas, CEO of Hermès.

Adapt and evolve
During World War I, Hermès was sent by France to buy leather. However, the horse leather it previously used was not available in the United States, which only carried cow. Responding to necessity, the brand worked with what it could find.

This adaptive spirit continued as Jean-Louis Dumas took over the company from his father in the 1970s. The new chairman opened up communication to consumers, creating the house’s first advertising campaign, which showed a woman wearing one of its scarves with a pair of jeans.

During this time, Hermès also extended its global footprint beyond its home in Paris. 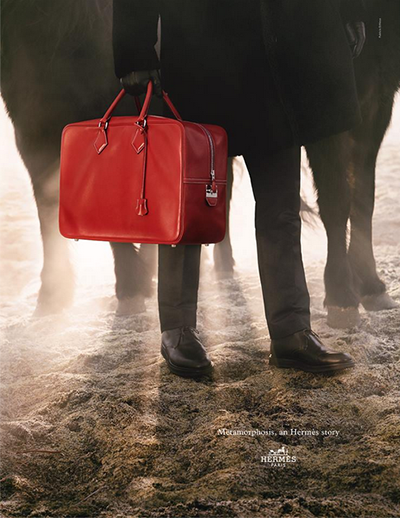 Now decades later, Hermès has a presence on every continent except Antarctica, with stores in emerging markets such as Brazil, Russia and China, as well as more established countries. The brand balances its investment between the newer and longtime locations.

“Don’t forget your existing market—it has been there so long, you should cherish it,” Mr. Dumas said.

As it grows, Hermès is consistent in its artistic approach to everything from communications to design, creating an atmosphere of freedom for its creatives. Mr. Dumas said that every company has its own style, and it is important to stick with that particular aesthetic. 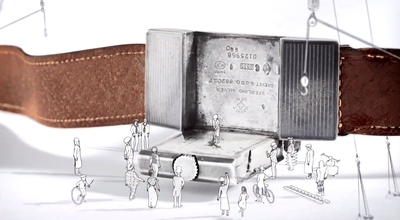 Creativity also comes into play in hiring. The company gets graduates of marketing programs sending in resumes for marketing positions, but they are typically more interested in intuition than formal schooling.

As a public company, Hermès does use its financial results as a tool to measure its performance, but it ensures that this only plays into its logical decision making, rather than which creative approach it takes.

Looking ahead
Hermès’ creativity also manifests through the brand’s digital presence, where it looks to have an unmistakable concept and presence.

For instance, the brand sent out a team of “Super H” scarves to patrol the night skies in a new social video.

The collection of scarves depict aerial scenes with an Hermès riff on the Batman distress signal, the quintessential circle punctuating the sky with a trail of light leading to its source. The French brand has been unrelenting with its quirky and charming social videos and interactive content this year (see story).

Hermès’ efforts, according to Mr. Dumas, are less focused on selling product than showing off its artistic side.

The house is currently celebrating the art of exploration and urban meandering with an exhibit at Saatchi Gallery in London.

Opened April 9, Wanderland features a curation of objects pulled from the Hermès archives and positioned to form a “cabinet of curiosities” that references Parisian-inspired scenes. This exhibit celebrates Hermès’ Parisian heritage while also showing the brand’s singular point of view and adoration for the unpredictable (see story).

With all of its efforts, Hermès is planning for the future.