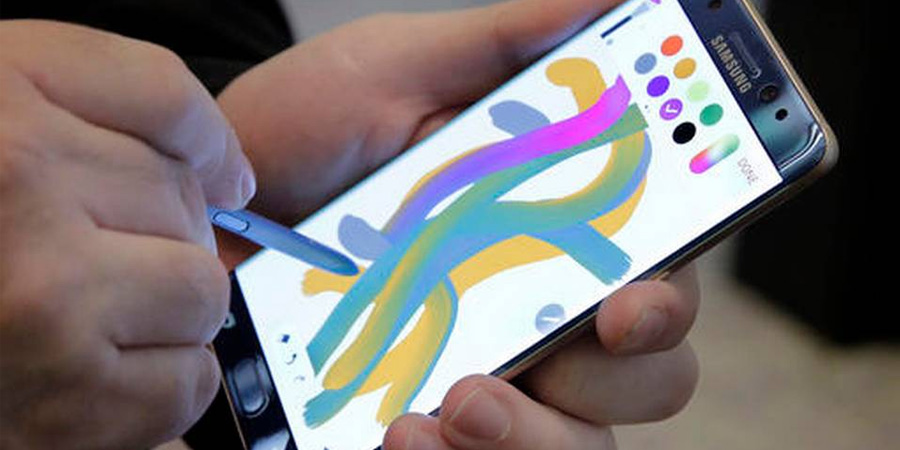 In this July 28, 2016, photo, a color blending feature of the Galaxy Note 7 is demonstrated in New York. Richard Drew AP Photo

College students are snapping up multiple tech devices before they head back to the dorms in the fall, prompted by the heavy emphasis on technology inside the classroom.

“If you were to walk through the Coffee House or Memorial Union about 10 years ago, you would see a lot of people with textbooks,” said Jason Lorgan, director of UC Davis Stores.

“Now, everyone has some sort of technological device.”

Students increasingly rely on digital screens for their educational content in the form of textbooks, homework assignments and quizzes. The National Retail Federation projects parents will spend $8 billion in electronics for the back-to-school shopping season. However, a spokeswoman for the industry trade group said figures are not available specific to the higher education field.

Digital content sales are surging, according to UC Davis Stores. Two years ago, the campus bookstore launched the “inclusive access” program, a platform for digital content sales. It began with $35,000 in sales, Lorgan said. This year, that figure is projected to reach $2 million, although the number is still far smaller than the $9 million in annual hard copy textbook sales.

“During that time period, the program has saved $3.4 million (for students) compared to the price of a new print textbook,” Lorgan said.

Why are digital textbooks cheaper? The answer is related to the cost of printing, freight and stocking.

“We’re not getting a pallet of print textbooks on a truck that we then have to deal with,” Lorgan said. “It’s a lot less labor intensive.”

Lorgan predicts that sales of online educational materials will continue to grow, propelled by students who don’t want to lug heavy textbooks.

The use of smartphones also is expanding on some campuses. Some students “literally put assignments together on phones,” said Markus Geissler, professor of computer information science at Cosumnes River College.

At Sacramento State, smartphones have become something of a requirement for students in professor Santos Torres’ social work class. That’s because the 60-year-old professor uses his iPhone to video chat with students who are out in the field doing internships.

“You are getting the nonverbal cues in the video” compared to a telephone conversation, Torres said.

Scott Dresser, 21, editor-in-chief of the UC Davis student newspaper, described smartphones as a means of survival.

“Ninety-nine percent of my friends have smartphones,” Dresser said. “The ones who don’t are the ones whose phones are temporarily broken.”

The California Aggie newspaper was itself, a victim of the times, as it ceased printing nearly three years ago after advertising revenue plummeted and students flocked online for news. The century-old institution will return to news racks this fall, only after the student body voted to provide a subsidy.

As for why technology is so prevalent in the college classroom, Gary Hartley, dean of instruction and technology at Folsom Lake College, puts it bluntly: “Gosh, it’s just endless. You really have to be prepared for when you get out into the industry. A very large percentage is now computer dependent.”

This article first appeared in www.sacbee.com