Doug Parker talks risks, relationships, and rewards as the head of a $42.7 billion company. 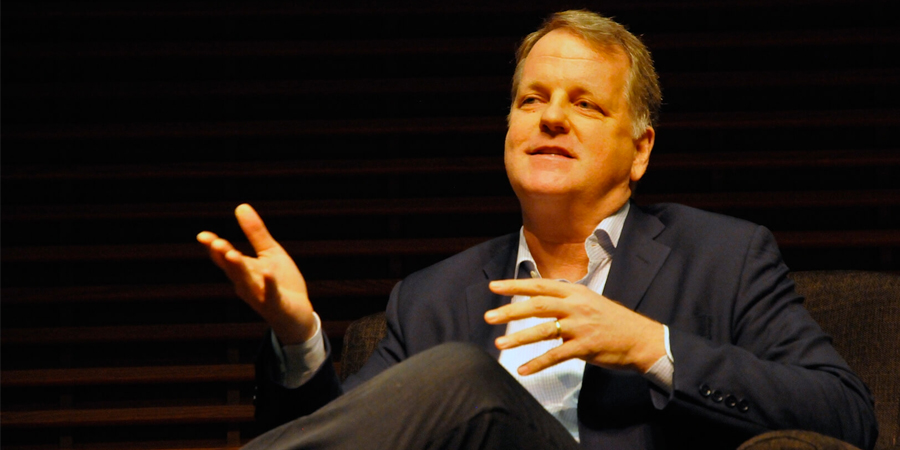 American Airlines CEO Doug Parker began his stint as chief executive of America West Airlines 10 days before the attacks of Sept. 11, 2001. The resulting turmoil nearly swamped the low-cost carrier, and when the Air Transportation Stabilization Board refused to bail it out with an emergency loan, he was prepared to liquidate America West.

But when, on Parker’s return flight from that board meeting, America West employees told him how much they depended upon their jobs, he was moved to reapply for the loan. After three months of lobbying, he finally got it.

With competition in the industry sharpening, Parker became an advocate for consolidation and led a series of maneuvers, including the merger of America West and U.S. Airways, that ultimately resulted in the merger of U.S. Airways and American Airlines, now the world’s largest airline with $42.7 billion in revenue and approximately 120,000 employees.

The airline industry is noted for hardball tactics and large egos. But Parker counsels teamwork, relationship building, and old-fashioned hard work. The way to get noticed within a large and complex organization is to “show up and do your job,” he recently told a group of Stanford Graduate School of Business students.

Here are lessons on management, work-life balance, and how to make a mature organization function like a startup that Parker shared during a View from the Top session on Jan. 21.

The airline industry has had a contentious relationship with its unionized workforce. But Parker realized that if a potential merger between U.S. Airways, which he headed, and American Airlines were to succeed, it would need the support of the unions. Indeed, an earlier attempt to merge with Delta failed, in part, because of union opposition. Although the merger had not been finalized, Parker negotiated with American’s unions and forged a relationship that helped the deal move forward.

“We had the creditors on board in the Delta transaction. What we didn’t get was the employees on board. They were very proud of Delta. They wanted to stay with Delta. And that hurt us. We recognized we needed to get the team on board. So we approached American’s employees,” Parker said.

There is this perception among some outside of business that the way you get ahead is backstabbing, cutthroat. That doesn’t work at all
– Doug Parker

Large organizations don’t have to be stodgy — if they maintain a “startup mentality,” Parker said. “I think the reason our team has done as well as we have given the cards we were handed is because we think much more like a startup.”

Although there are obviously major differences between managing at a startup and a mature company, the basics are the same: “Leadership skills, getting people to work as a unit, communicating with people in a way that they understand what the mission of the organization is, in a way that they feel motivated to produce,” he said.

Organizations, particularly larger ones, may not encourage risk tasking — but they’ll reward it when it succeeds, Parker said: “We took risks others wouldn’t take. We did things people thought were crazy. And there is so much value to be created if you’re willing to do that in large organizations because the organization will reward behavior [even if]it doesn’t encourage the behavior.”

Not all risks pay off, of course, but “as long as you keep doing those things, particularly in an organization where you’re not competing with a lot of people who are doing the same thing, you can do really well,” he said.

“There is this perception among some outside of business that the way you get ahead is backstabbing, cutthroat. That doesn’t work at all,” Parker said.

Working for someone who takes credit for your achievements is very difficult, Parker said. So as a manager, he is very careful to give credit where credit is due. “Our team was able to produce more. I tried to make sure they all got credit so that people wanted to be on my team. And as a result, that’s when things started taking off for me a little more,” he said.

Balancing the demands of career and family life has become a cliché in business circles, and all too often that idea is expressed abstractly. Parker, though, offered a concrete step that he has taken to bring balance to his busy life: He almost never schedules a business dinner when he’s in Dallas, where he lives and works. “If I’m going to be home, I’m going to have a meal with my kids. If somebody wants to meet with me, of course, that’s important to the company, but we can do it at lunch or breakfast. Or we can do it in my office,” he said.