In 2015, furniture designers reimagined not just what they produced, but how: There was Tylko, the Yves Behar–backed startup that lets users customize tables, storage solutions, and more by tapping away at an app, and Campaign, a company helmed by an ex-Apple engineer, which FedExes flatpack sofas that can be assembled and disassembled in less than two minutes. Buying and building furniture can be maddening at best; a relationship killer at worst. Some of the best design concepts we saw this year attempted to streamline those logistics so you spend more time perusing your shelves and less time assembling them. Click through our slide show above for more of the cleverest home design ideas of 2015.

Paint 3-D Objects with Trippy Patterns
Monochromatic objects are boring. In old Warner Bros. cartoons, one common gag is a single can of paint that contains an elaborate pattern, like plaid, which can be applied to a surface with a single brush stroke. Thanks to a jaw-dropping new breakthrough in hydrographic printing, researchers have figured out how to precisely paint multi-colored patterns on an object just by dipping it into a pool of water.

Custom Furniture from the Yves Behar–Backed Startup Tylko
Mass production is out, mass customization is in, and the furniture startup Tylko is emblematic of this paradigm shift. Through its app, users can pick a piece of furniture—right now the company is focusing on storage, tables, and pepper mills—and customize it to their heart’s desire. Make a table longer, paint it black, tweak the angle of the legs. While online customization tools aren’t new—Nike’s been doing this for years—here’s the part that sets Tylko apart: You can use your smartphone’s camera to show what the design looks like in your home, change it in real time, and see how the customization affects price.

Furniture With No Screws
A team of researchers debuted software that can create furniture with interlocking parts, no screws or nails needed. The software isn’t ready for prime time yet–it doesn’t account for the repetitive stress a piece of furniture might endure, for instance–but the researchers plan to address such concerns in the software’s next version. 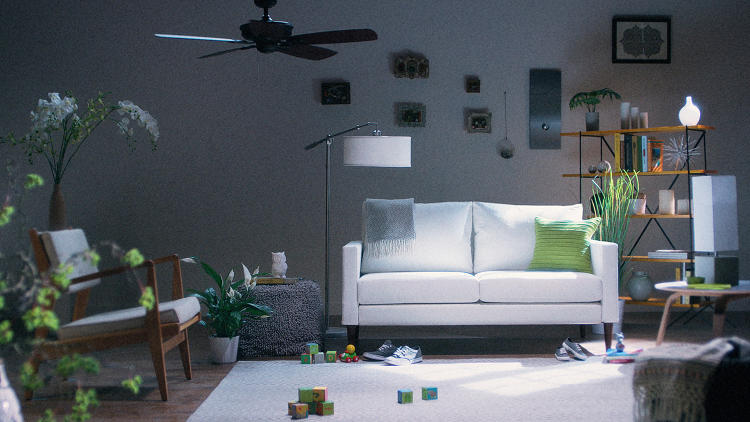 Couches You Can FedEx
Brad Sewell—formerly a design and manufacturing engineer at Apple—thinks we’re buying furniture all wrong. The problems, as Sewell says, lie in high shipping costs, lengthy shipping time, and crappy materials that don’t hold up over the years. His company Campaign circumvents these headaches with flat-pack modern sofas that assemble and disassemble in less than two minutes. 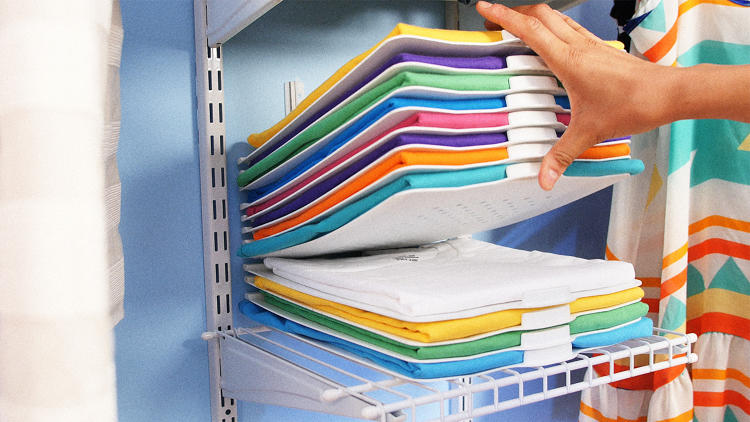 This Genius Magnetic System to Keep Clothes Tidy
Fewer of us than we want to admit fold clothes properly, and even fewer of us can manage to keep our clothes folded for long. ThreadStax is a genius system for keeping your clothes properly folded and organized, using magnets of all things. It comes in three distinct parts: a folding board, a series of brackets, and some magnetic slides. 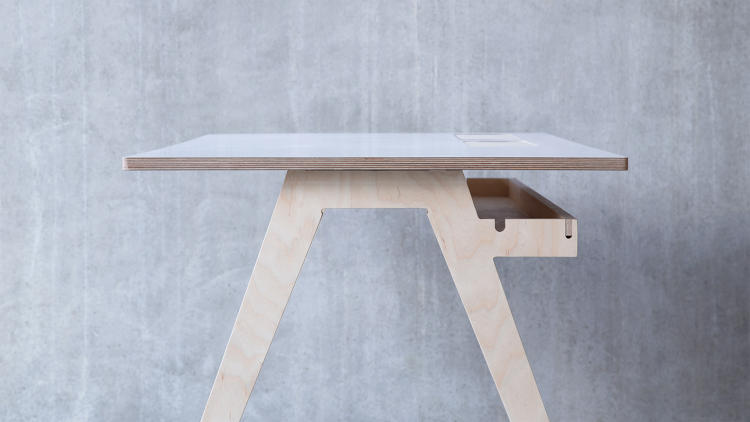 This Humble Wood Desk for the Internet-of-Things Era
Buro, an Internet-connected “data desk” has a computer baked into its design. Fitted snugly inside a small desk shelf, the computer connects with portable devices and to the cloud, essentially functioning as a secure depository for sensitive information. “Buro acts like a personal Dropbox, providing sync, backup and encrypted peer-to-peer file sharing,” Opensource designer Paul Harter writes on the company’s site. 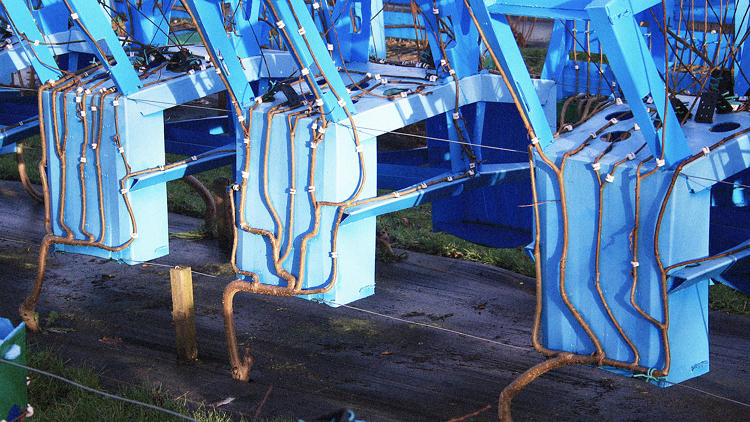 5. Furniture That You Grow
Furniture manufacturing yields a lot of material waste. Gavin Munro, a furniture designer based in Derbyshire, England, has found a simpler and more eco-friendly way to create wooden furniture: he uses specially designed plastic frames to mold young willow, oak, ash, and sycamore trees into the shape of chairs, tables, frames, and lamps as they’re growing. Once they’ve matured, each tree has morphed into a fully functional furniture item made from a single piece of wood, no sawing or assembling necessary.

The Bouroullec Brothers’ Serif TV for Samsung
While you could argue that Samsung wasted its landmark partnership with Yves Behar on a TV, its partnership with Ronan and Erwan Bouroullec was pure brilliance. Coming in three colors—white, dark blue, and red—and ranging in size from 21 to 40 inches, the Serif looks as good off as it does on, embracing an almost sculptural quality. Thanks to a woven fabric back cover, the usual rat king of cables that tethers most televisions to our media systems is deftly hidden away, which helps preserve its presence as a standalone object of design lust. But it’s also flexible: it’s just at home on a wall or a shelf as it is on the floor (thanks to the four screw-on legs that are included). 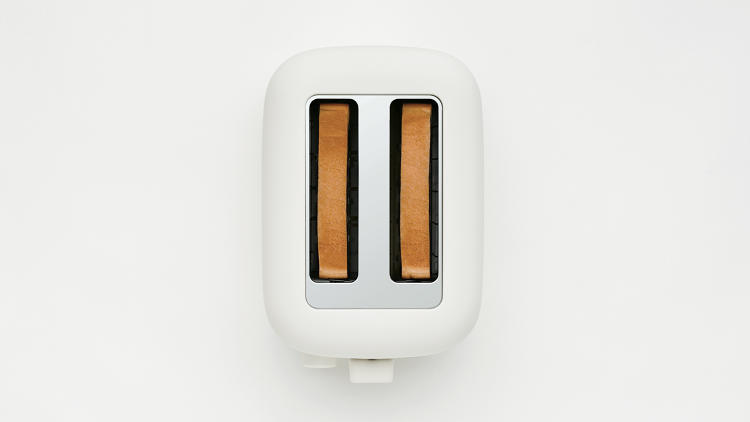 Naoto Fukasawa’s Slam-Dunk Small Appliances for Muji
Industrial designer Naoto Fukasawa based a rice cooker, a toaster, and a kettle on his aspirations of “Super Normal” design. No frills here, but look closely, and you’ll notice some clever details—for example, the rice cooker’s lid has an integrated spoon rest, and the kettle boils water in 80 seconds flat. 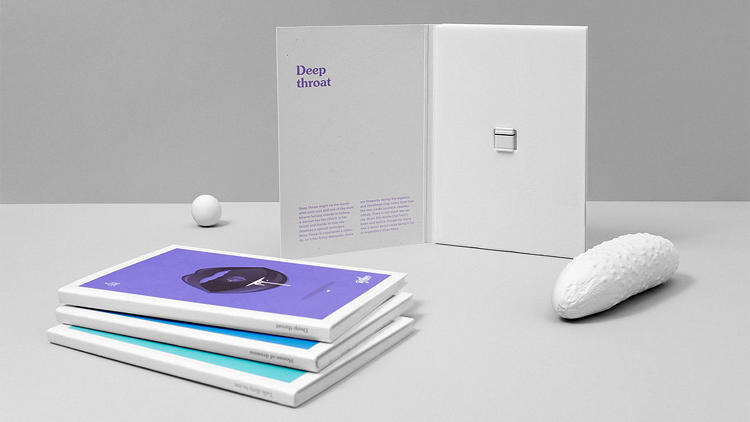 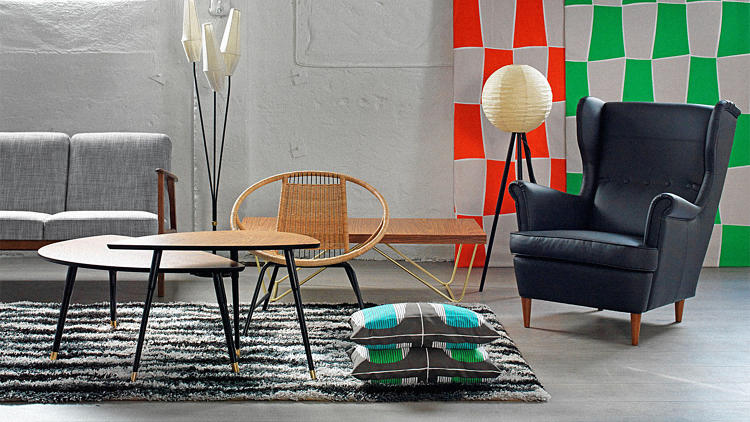 Ikea Wins The #TBT Game With Its Mid-Century Reissues
If you find the Ikea catalog irresistible today, you should see what they were making 60 years ago: High-back Victorian seats, sleek papasan chairs, and, of course, plenty of the casually elegant midcentury modern stuff that we know so well from Mad Men. Now, Ikea is reintroducing 26 different seats, sofas, rugs, lamps, and dishes from the 1950s to the 1970s. It’s called the Årgång collection. 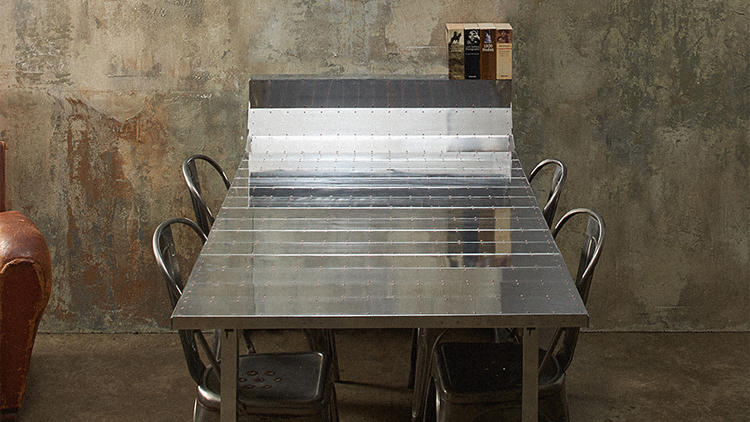 Furniture That Pulls A Disappearing Act
Space starved? Rock Paper Robot, the Brooklyn furniture company founded by MIT grad Jessica Banks, has a solution: tables and chairs that fold flat in the blink of an eye. 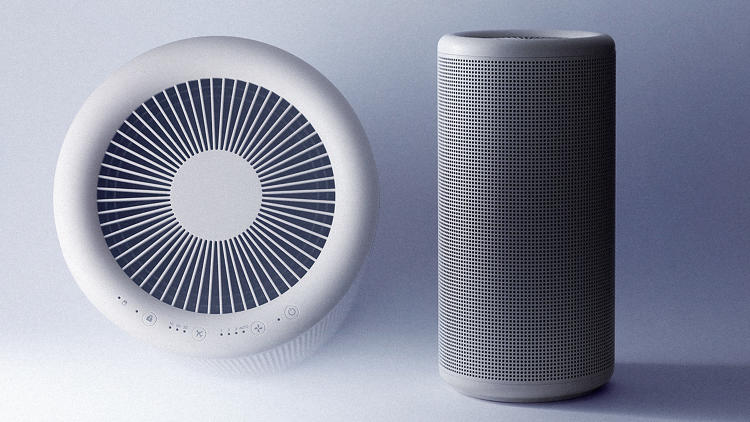 A Beautiful Air Purifier for Allergy Sufferers
Gorgeous enough to go with your Apple gear, the Muji Air Purifier is made up a three-layer, activated charcoal filter that is rated to weed out pollen, mites, and dander from the air. It does most of its heavy lifting while in auto mode, using a multitude of sensors to detect dust and odors in the air, and spinning up the engines to deal with them. Air is drawn from all around the cylinder, purified, then pushed out from the turbine at the top. 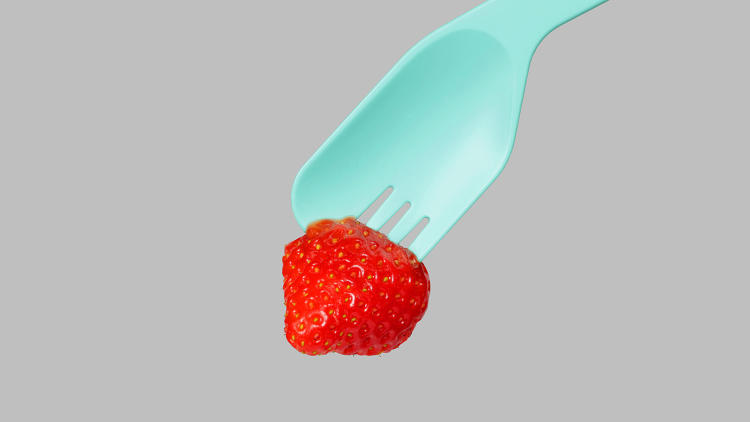 A Superlative Spork
Whether you call it a spork, a splayed, or a sporf, Map—the London-based design consultancy—thinks they may have finally perfected it. Map teamed up with Fortnum & Mason, the 300-year-old U.K. department store, to create a tritensil that combines the best parts of a fork, knife, and spoon, substantially less clumsily than previous attempts. 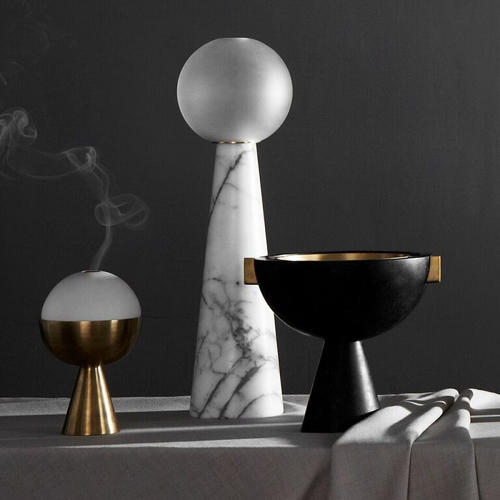 Stone-Cold Stunning Objects from Apparatus
New York design firm Apparatus riffs on ceremony and classical references in its line of tasteful—but spendy—marble objects. For the design buff who has it all, how about a marble incense burner? 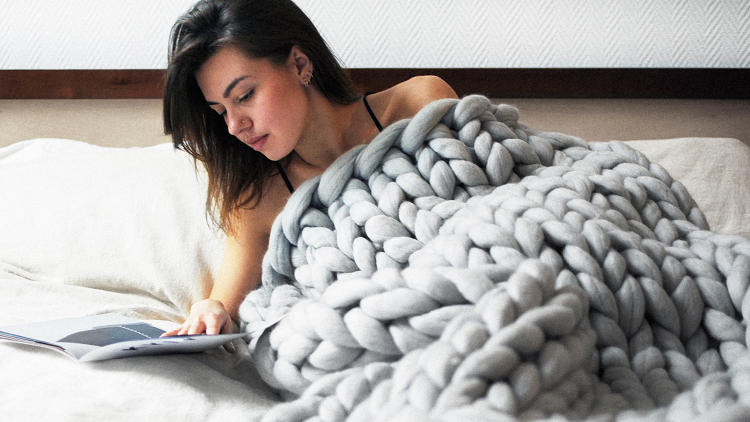 The Cuddliest Blanket Ever
Ohhio, a blanket made out of soft Merino wool is so chunky, it needs to be woven by hand, without needles. Hands-down, the coziest blanket we’ve seen this year.