In the first quarter of 2015, brands have increasingly been using social media to connect with consumers on their own terms.

Social media gives brands the opportunity to reach consumers in a personal way, and having the ability to interact with them on multiple platforms is becoming more and more important. Brands looked to a wider range of social media platforms for marketing and expanded efforts on traditional platforms.

Here are the top 10 social efforts from the first quarter of 2015, in alphabetical order: 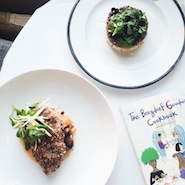 Along with recipes from “fashion friends” such as creative director of Marie Claire magazine Nina Garcia and beauty magante Bobbi Brown, the retailer included its own dishes from its in-store restaurant into the Bergdorf Goodman Cookbook. By incorporating its connection to the fashion industry as well as highlight its own culinary offerings, Bergdorf is able to continue the in-store experience within the consumer’s home (see story).

CNN will deliver a new Discover edition which will publish five or more global news stories every 24 hours, and BMW will run video ads between the stories for its i3 vehicle. The stereotypically young audience of Snapchat will likely be intrigued to discover more from the advertising presence of the environmentally conscious BMW i3 within the latest feature of the app (see story). 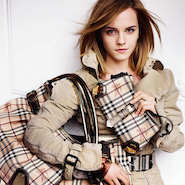 The two companies teamed up to allow Line users who follow Burberry’s official account to watch the runway show live from London on Feb. 23. The project used the live mobile cast functionality of the app to stream the show in real time on viewers’ mobile devices (see story). 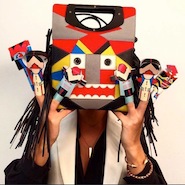 Christian Louboutin’s #Tribaloubi social effort asked consumers to download and print tribal-themed finger puppets and share their creations on social media for a chance to be featured by the brand. Christian Louboutin often shares photos of its followers wearing its handbags and shoes, and this enables aspirational consumers to also get recognition from the brand, furthering their sense of loyalty (see story). 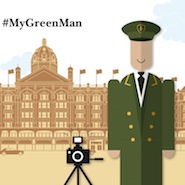 Harrods’ Instagram campaign
British retailer Harrods communicated with its worldwide fan base through an Instagram initiative starring its green-clad doorman.

For more than 100 years, a Harrods Green Man has been posted at every door of the London department store, thus becoming an icon in its own right. To celebrate the Vogue Festival 2015, of which Harrods is a sponsor, the retailer invited consumers to take the Green Man away from his post on travel adventures (see story). 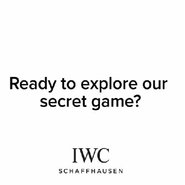 On the brand’s Facebook page consumers were told the secret behind IWC’s hidden game with instructions as to how to access the game through the brand’s mobile Web site. With a few swipes, consumers are brought to the matching game and encouraged to compete for the best scores, offering IWC a fun, interactive and unique way to bring enthusiasts to its mobile site (see story). 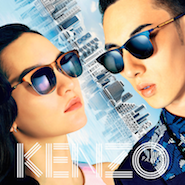 Kenzo’s Instagram campaign
Parisian fashion label Kenzo released its spring/summer 2015 collection with a campaign that featured a futuristic, urban environment and a number of short videos to give consumers an opportunity to see the clothes in action.

Kenzo worked with Toilet Paper magazine directors Maurizio Cattelan, Pierpaolo Ferrari and Micol Talso to produce the campaign that was intended to convey both familiarity and surprise. Images and videos were released on Facebook and Instagram as well as on the brand’s Web site and likely inspired excitement about the new collection (see story). 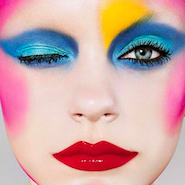 The brands themselves, such as Dolce & Gabbana and Givenchy, often post images of backstage beauty from their fashion shows on social media, but it is less common to see these posts from an unaffiliated individual in the industry. Ms. McGrath’s posts likely increased brand awareness for those featured and provide consumers with an outside perspective (see story).

Porsche’s shared driving routes microsite
German automaker Porsche released a new microsite that allows consumers to discover and share routes to drive along in different countries around the world.

The site gives consumers the opportunity to browse routes that others have recommended as well as to share their own favorites. It is designed to highlight the Porsche GTS, a vehicle capable of going long distances at fast speeds and ideal for traveling these scenic drives (see story). 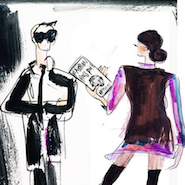 #SaksAtTheShows animated the four models from Saks’ spring Jet Set Beauty catalog, placing them at the center of the fall/winter 2015 fashion shows happening in New York, London, Milan and Paris. Giving these characters a life outside of the catalog helped to portray the atmospheres of each city as Saks travels to attend the shows (see story).