When you love writing and four of your books are New York Times best sellers, you can safely assume, you have a lot going for you. Yes indeed. Daniel Pink is a true champion at what he does and it’s fascinating to understand how he uses the power of behavioral science to help individuals, businesses find their true potential. To Sell is Human, Drive, A Whole New Mind, The Surprising Truth About Moving Others, Free Agent Nation, The Adventures of Johnny Bunko are the books that he has written. Read his work to better understand the puzzle of motivation and The Science of Timing. Here is a freewheeling chat with Dan.

BK: Could you share a bit about your growing up days, your family etc?

DP: I grew up in a middle-class family in the middle of America (Columbus, Ohio). The core elements of my childhood were going to the public library, playing team sports, and watching sitcoms.

BK: What triggered your interest in writing and your experience and leanings especially towards” Behavioural Science ” ? And do you think in an overly distracted world with a deficit of time, attention, resources and trust, this Science can/must begin to play a bigger role?

DP: I studied social science (especially linguistics and economics) pretty intensely as an undergraduate — and probably should have gone on to get a PhD. Alas, I was a too practical and risk-averse, so I went to law school instead. I’ve also been fascinated by why people do what they do, how they interact, what makes them tick.  Trouble is, right now, especially in the US, science in all its forms is under fire — from the findings on global warming to the virtues of vaccines. It’s truly scary.  If science and scientists played a bigger role in our lives, we’d all be better off. BK: It’s a bit of an unfair question but amongst the books that you have written thus far viz When, Drive, To Sell is Human, A Whole New Mind, Free Agent Nation, The Adventures of Johnny Bunko- which one would you pick as your favourite? And why?

DP: The question isn’t unfair. But the answer is a no-brainer. It’s like with my kids. I truly don’t have a favorite.

BK: As they certain things happen- and if your ‘ Science of Motivation ‘ Ted Talk crossed 20 Million in viewers, what would you attribute that to? Timing? Or you would want to go beyond that?

DP: I think there were two reasons: 1. I presented a coherent, science-based argument that offered a new perspective on human behavior. 2. Utter randomness.

BK: ” it’s all between the ears “, its often quoted. Tell us what motivated you to write a book like ” A Whole New Mind “? And Oprah having given 4000 copies of the book to Students at Stanford University is now part of folklore. Could you share more on this?

DP: That book makes an argument about the economy.  It used to be that the skills that got people into the middle class were logical, linear, spreadsheet skills. Think lawyers, accountants, and engineers. Today, those skills are still necessary, but they’re no longer sufficient. Why? They’re easy to outsource to low-wage providers. They’re easy to automate with artificial intelligence and machine learning.  They’re less valuable in integrating the breakthrough an abundant society demands. Now, the skills that matter most are — metaphorically — more “right brain” than “left” brain: Artistry, empathy, big picture thinking. Those are far harder to outsource or automate, so they’ve become more valuable.

BK: As an authority on Behavioural Science, where do you stand in the debate between Success follows Happiness or Happiness follows Success?

BK: Your recent books have very short main titles like When or Drive.. what inspired you to go that route?

DP: My own lack of imagination — though to be fair, 2/3 of my books have multi-word titles. 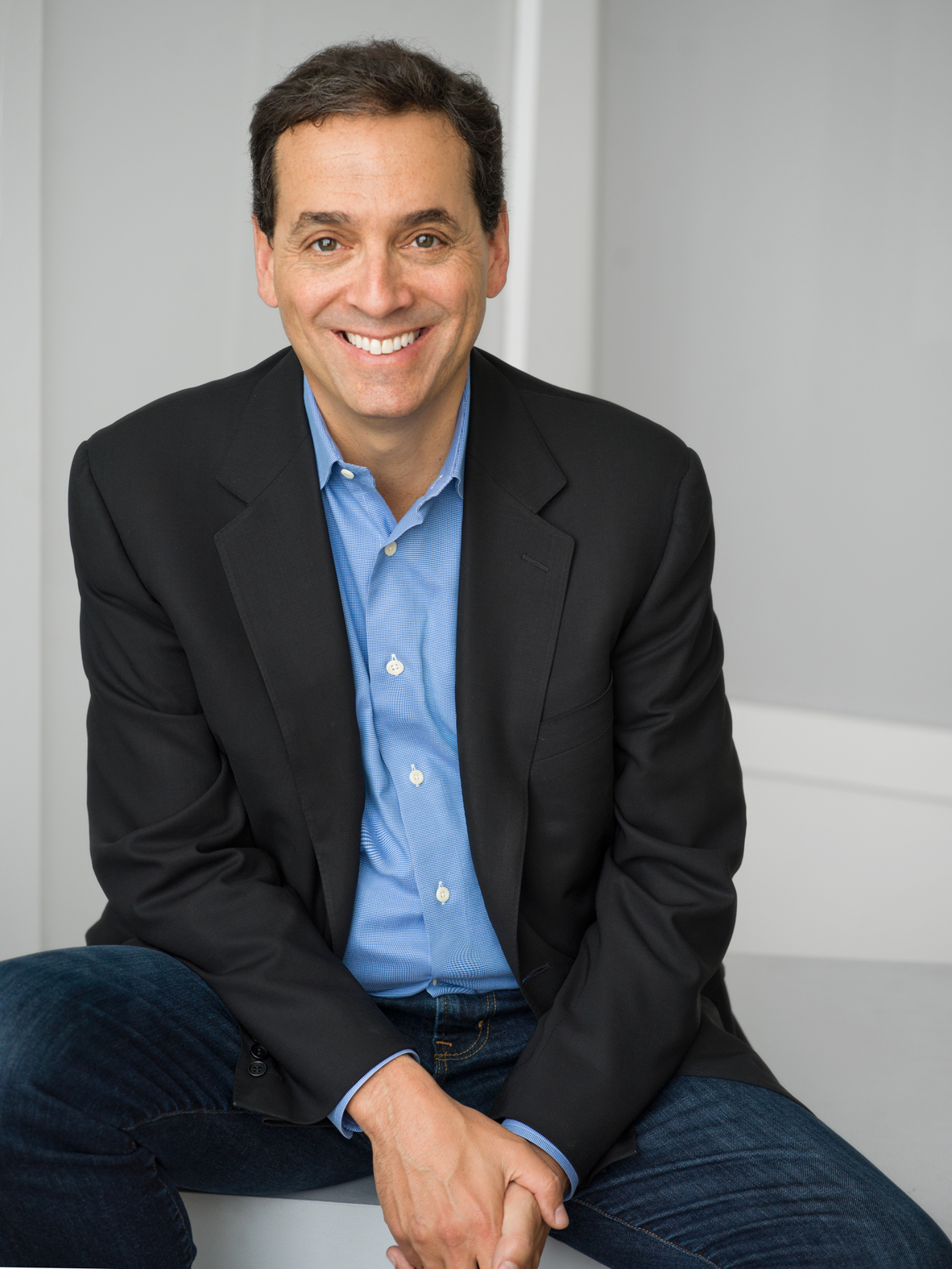 BK: What would be the biggest takeaway that readers would have from your book ‘ When ? ‘

DP: Be much more intentional about “when” decisions. We tend to take decisions about “what” to do quite seriously. Most of us have a to-do list. We’re often as serious about how we do things and who we do them with. But on the topic of “when” to do things, we’re lax. We think it doesn’t matter. But the evidence is overwhelming that it does matter.  It affects our creativity, our productivity, even our health.  If we start making our “when” decisions in a more intelligent, strategic way, we’ll be able to work smarter and live better.

BK: Your concept of ‘ Restorative Breaks ‘ is very interesting. In an age where busy gets confused with productivity, how does it separate the wood from the trees?

DP: Once again, it’s a matter of respecting the science rather than simply following outdated social conventions. About 15 years ago, we thought people who pulled all-nighters or ignored sleep were heroes. Then the science of sleep showed us that they’re actually fools. Now the science of breaks is following the same trajectory.  We should be taking more breaks. And we should be taking certain kinds of breaks: moving, outside, social, and fully detached. Most important, we need to recognize that breaks are not a deviation from performance. They are part of performance.

BK: You have mentioned that ‘ Linguistics ‘ played a key part in your life and career? Could you share more?

DP: In university, I majored in linguistics.  That’s a very mathematical social science devoted to studying language in all its aspects. How do languages acquire their structure and words their meaning? What underlying rules govern the syntax, semantics, sounds, and sociology of languages? How do languages change over time or from context to context? Much of what I studied back then turned out to be the early days of cognitive science. It’s a great field.

BK: 6 is the new 30. Shorter attention spans, vertical orientation, emerging platforms like IGTV, the potential of UGC(User Generated Content): are we moving from the overt to the covert, appealing to the sub conscious rather than the conscious? What is your take and what are the learning and lessons for brand marketers and content creators in all these?

DP: I’m no expert on this, but I think some of the lessons include:

— Serve people before selling to them.

— Always go for quality — even when it’s not fully appreciated.

— Be as transparent as you can be without being foolish.

— Do less planning and more testing.

BK: Timing isn’t an art. It’s a science! Could you expand on this thought?

DP: Most of us making our timing decisions — from when in the day to do certain kids of work to when to start a project to when to quit a job — based on intuition and guesswork.  Across more than a dozen fields — economics, social psychology, endocrinology, chronobiology, cognitive science, and more — researchers are uncovering a huge batch of exciting evidence that allows us to make systematically smarter, shrewder, evidence-based “when” decisions.

DP: Knowing that I haven’t finished the book I’m working on.

BK: Content extensions and diverse consumption platforms: what was the motivation behind Crowd Control that you hosted on NGC?

DP: We wanted to make the science of behavior come alive and show that we could use the science to tackle public problems. So over 12 episodes, we conducted more than 30 experiments in which we tried to reduce speeding on the highway, encourage people to take the stairs rather than the elevator, and stop people from jaywalking, littering, and parking in disabled spaces. I’m thrilled to say that a few of our solutions have been picked up by cities around the world.

BK: AI, Machine Learning, Predictive Analytics, Data Science etc: where do you see the human mind in the midst of all this?

DP: The skills most in demand in the future will be those that augment machine intelligence rather than compete with it. That means many of the abilities I identified in A WHOLE NEW MIND

BK: What do you enjoy doing most; Consulting, Writing, Speaking?

BK: Which are some the books that have inspired you in your career thus far and which are the ones that you look forward to reading?

DP: Like many writers, not to mention many human beings, I’m partly the product of all the books I’ve read. But a few stand out from the crowd:

A Sense of Where You Are by John McPhee

Bird by Bird by Anne Lamott

I Know Why The Cage Bird Sings by Maya Angelou

BK: What does Daniel Pinkdo in his spare time?