Shopping tourism is growing, but to best reach these potential consumers, fashion brands and retailers should begin marketing to them before they leave their home country, according to a report from Fashionbi.

Just as travelers heavily research hotels, restaurants, sites and entertainment before embarking on a trip, they are also using online media to plan their shopping excursions. Brands should ensure they are catering to their potential international clientele with Web sites in their native languages and social accounts on the platforms popular in different markets.

“Different factors in different countries have lead to growth in shopping tourism, in the recent years,” said Ambika Zutshi, CEO of Fashionbi, Milan. “Mainly, the availability of the products not present in their home countries drive Latin Americans and Asians to Europe, the high tax rates in Asia drive Asians abroad, where the cost of a luxury good in Asia can compensate for both travel and good expenses combined in Europe.

“A lot of Chinese also trust better the authenticity of the product and the level of services offered abroad than the ‘shopping experience’ in their home-countries,” she said. “There is also a great amount of ‘prestige’ attached to shopping a product from Chanel in Paris than in China for the Chinese.”

For its “Shopping Tourism: How Fashion Brands Can Leverage on the Overseas Shoppers” report, Fashionbi conducted a survey, in which 60.44 percent of respondents were females. The majority of the survey participants travel abroad one or two times a year, while 25 percent travel less than once a year.

Buying overseas
U.S. tourists generate the most sales, and between 2010 and 2013, sales from U.S. citizens abroad grew on average 10 percent year-on-year. However, more recently, their sales growth has stalled in comparison with Chinese consumers’ spending when traveling.

In 2014, 76 percent of tax-free sales were for apparel and leather goods, with the average receipt about $788. Jewelry carried a larger general receipt of $2,690.

Forty-six percent of outbound tourists reserve almost half or more of their travel budgets for shopping. Only 6 percent of tourists buy with plans to resell when they return home.

Most shopping abroad is impulse buying, with only 43 percent planning a shopping list in advance. However, for men, this rises to 59 percent who walk in with pre-planned purchases.

Shoppers who plan ahead use brand Web sites and online shopping channels to research, while impulse buyers rely more on social media and magazines and are more open to input from friends and family.

By providing global appeal on social media, a number of brands have launched creative campaigns that deliver relevant content. For instance, Michael Kors’ What’s in Your Kors series packs imaginary handbags for trips anywhere from Paris to St. Barth’s. 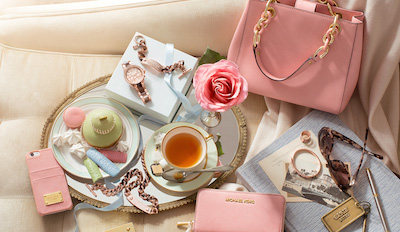 Depending on where the tourist is from, they may have different reasons for buying overseas.

Ninety-two percent of Asian tourists place importance on having a memorable experience, compared to 27 percent of all respondents. The majority of respondents agree that better product availability is a main reason to shop while traveling.

Business travelers are less cost-sensitive than leisure travelers, typically spending two times the amount of regular tourists. These travelers value time, so hotel stores, shopping centers and airport points of sale are ways to reach them. 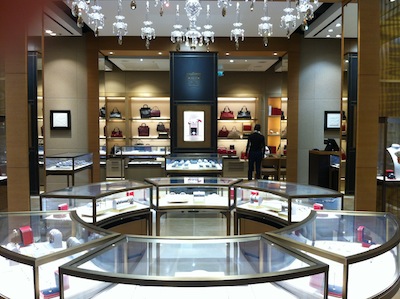 Other types of trips include cross-border shopping, in which consumers travel across country lines to a nearby nation primarily to shop. For instance, Finland is working to attract Russians with a special shopping center and the U.S. woos Canadian shoppers with special duty relief and shipping offers.

When trying to gain sales from tourists, destination management organizations can play a large role in policy and marketing to attract travelers. For instance, New West End Company had the UK government review Chinese visa regulations, which in turn boosted sales for the retailers in its London Luxury Quarter.

London Luxury Quarter also co-hosted a “London Luxury. By Appointment” event with VisitBritain and British Airways featuring brands such as Fortnum & Mason and Selfridges. The event brought together brands and ultra-high-net-worth individuals in Shanghai and Chengdu to make one-on-one connections with Chinese consumers in their home country (see story).

Fashion brands can also partner with hotel chains, giving exclusive benefits to rewards members. This provides insights about shopping habits of members globally and brings consumers to retailers through association, particularly if the store is within close proximity of the property.

Fashion brands have also found ways of incorporating themselves into the travel experience through branded hotels, such as Armani’s or Bulgari’s properties, to partnerships with museums and cultural institutions. LVMH is building a mixed-use complex in Paris, La Samaritaine, which will include duty free shops, a Louis Vuitton store, office space, apartments and the first Cheval Blanc hotel within the French city.

French crystal maker Baccarat officially opened its first branded hotel in New York March 18, which claims to shake up the luxury hospitality industry in the city. 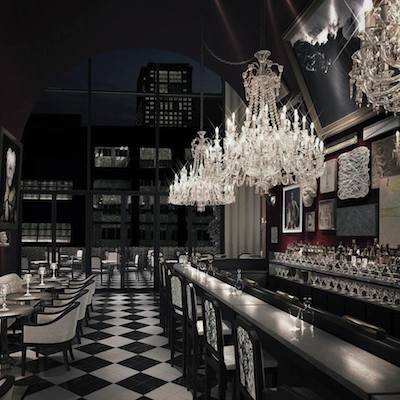 Majority owned by Starwood Capital Group, Baccarat Hotel & Residences is located across from the Museum of Modern Art and nearby to Fifth Avenue shopping. This opening helps Baccarat expand into a full lifestyle brand, giving consumers more ways to interact with and experience its offerings (see story).

“Here digital and social media can play a lead role,” Ms. Zutshi said. “Some brands are already producing exclusive products or offers for specific targets, such as for Chinese Spring or Moon festival holidays, brands offer special deals to Chinese travelers either in their own countries, or abroad or simply, via their local ecommerce channels. For instance, many tourist fly to London every year to shop luxury brands at Harrods and stand in long queues for hours, hence, the luxury retailers started to provide the products with exactly the same shopping experience through its Web site – with virtual bar and jazz music playing at the background, and such.

“Another way is to do special collaborations with hospitality industry either by launching their own hotel/restaurant with own products at display or by designing special co-branded locations, for example Christian Lacroix for Le Notre Dame in Paris or Vivienne Westwood for The London West Hollywood Hotel, Los Angeles,” she said. “A lot of strategic location partnerships like bridges and escalators outside the Fashion Mall in Las Vegas, Nevada connecting with popular hotels like Wynn Las Vegas, Venetian and Treasure Island, can also be a win-win.”

Rules and regulations
While some of the biggest spenders hail from visa-free countries, shoppers from China and Russia need to apply for a visa, which can take about a month to process, stalling trips.

A number of countries are making moves to speed visa approval up for Chinese tourists, with France rolling out a 48-hour visa and the Italian Consulate-General in Guangzhou speeding up applications, spurred when China Southern Airlines began offering direct flights to Rome.

For luxury brands, an influx in travel may also mean movement of counterfeit goods. Sixteen percent say they believe fake merchandise is beneficial because it provides accessibility, however 26 percent think it is wrong to take money away from brands and 45 percent recognize its illegality.

A number of governments, including France, are using marketing to raise awareness and combat counterfeiting.

“Initiatives like ‘Welcome Chinese Certification’ are available for brands/retailers to achieve higher visibility and trust amongst their Chinese shoppers,” Ms. Zutshi said. “Another challenge is that of ‘Dai Gou’ (shopping on behalf of) or ‘Retail Forgery’ as better known worldwide, where every year, tourists bring back billions of dollars of counterfeit products to sell in their home countries.

“However, brands are taking strict initiatives against that such as LVMH joining forces with Google to tackle the advertising and sale of counterfeit goods, online,” she said. “In addition, many country governments like France have strict laws against counterfeit products – anyone buying or carrying a counterfeit products in France can be sent to jail for up to three years and fined $373,140. Many brands such as Cartier, Chanel, Christian Dior and Louis Vuitton etc. have also joined hands to support such initiative by launching their own dd campaigns against the counterfeits.

“Last but not the least, the pricing policies can also play a major role, such as the recent announcement of Chanel dropping 20 percent prices on its classic bags in China whilst increasing the same by 20 percent across Europe.”