Consumers now have a wealth of social platforms to communicate on and can be selective about who they reach with their messages.

While newer social and IM platforms attract a smaller audience overall, they are often highly active. 40% of Vine users and 44% of Snapchat users say they watch branded content on these platforms every week.

We used the data to uncover the unwritten rules consumers have for the brands that engage with them. There are five principles, each of which can be illustrated with a brand case study.

Consumers expect to be communicated to in their language and on their terms. A good example of this comes from Argos, which matches its tone to the consumer’s when responding to queries on Twitter, resulting in organic promotion of posts and strong online engagement:

Brands need to ensure that their tone of voice is consistent with the community they are engaging with, whilst ensuring the messages are consistent across the platforms they use.

This both engages the audience and conveys a brand’s integrity to them.

It might seem obvious, but communication is public and two way, turning all experiences both bad and good into PR concerns.

KLM is a brilliant example of a brand which has excelled at this, turning good experiences into a rich source of advocacy.

The airline brand uses Facebook and Twitter as the primary customer care channel for its customers, and focuses on turning irate passengers into happy brand ambassadors. They have a number of approaches to achieve this:

Brands need to deliver content that is in demand. One way to achieve this is to focus on moments – delivering content that fits a time and context.

Starbucks’ recent breakfast promotion campaign, which ran via WeChat in China, is a great example. They used the platform to trigger a morning alarm that rewarded customers with a half price breakfast if they arrived at the store within the hour.

This is a brilliant example of using IM to create positive word of mouth marketing and build up customer loyalty by giving consumers something tangible.

With so many brands competing for attention, consumers will only stop for quality, not quantity. One brand that has succeeded at this is Taco Bell, which often shares stories on social or IM platforms using a series of photos and short videos, delivering messaging through a longer, better developed story arc, rather than broadcasting large numbers of disconnected posts onto consumers’ newsfeeds. 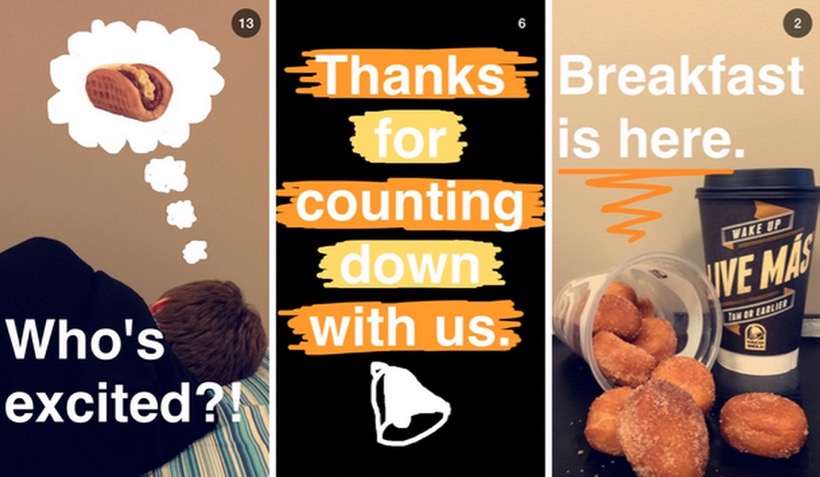 Consumers appreciate the extra effort and creativity, while putting the storytelling at the centre also makes the product placement feel less forced.

Lots of content can feel invasive for consumers who will then start to associate a brand with their spam folder, so making sure that content is relevant and not overwhelming is important.

With IM being a more targeted and tailored platform, brands need to make sure they are being equally selective in speaking to the needs of each specific audience.

Audi excelled at this when they launched the second-screen collaboration on Twitter and Snapchat with Pretty Little Liars, a popular TV show for their key target market of 18- to 34-year-old females. 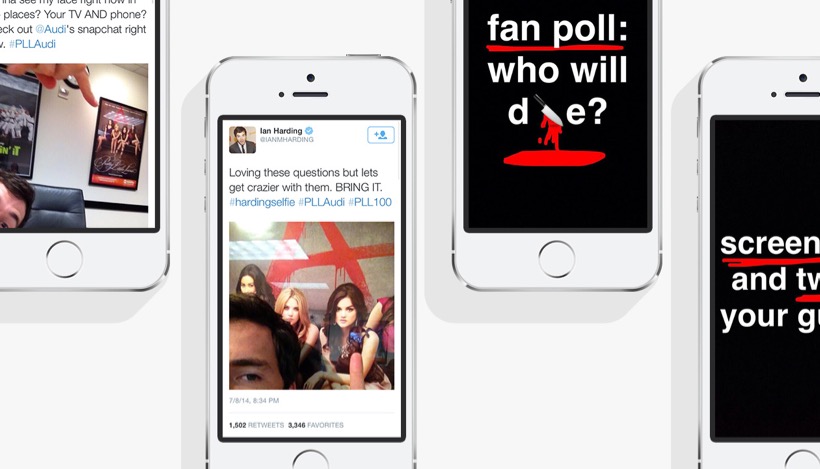 On Twitter, Audi only promoted the campaign to fans of the show, so the youthful messaging did not alienate their traditional consumer base of auto enthusiasts.

Users who engaged with the campaign were 13% more likely to have a favourable view of the Audi brand.

The savviest consumers recognise and appreciate strong brand campaigns. They’re very familiar with the concept of a value exchange and actively seek this out. Brands that are truly consumer-centric, and understand their customer’s reasons for engaging and sharing are those that will succeed; all marketers need to emulate these.

Joe Webb is the global director of Connected Life at TNS