Era of micro-marketing and mobile has arrived: Google, Facebook

BY MITCHELL BINGEMANN AND ANDREW WHITE 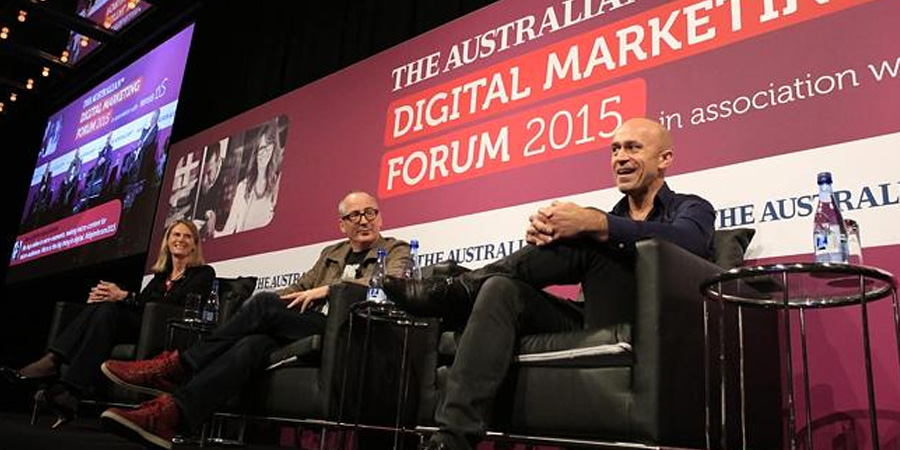 The era of mass marketing is on its knees and could be dead and buried within a generation, according to Google and Facebook, who say the shift to the mobile web and micro-marketing will become the dominant form of advertising.

Speaking at the annual Digital Marketing Forum presented by The Australian and Sensis in Sydney yesterday, Stephen Scheeler, head of e-commerce at Facebook Australia and New Zealand, said the internet and the rise of smartphones meant advertisers could no longer rely on a mass-market ­approach when trying to connect with consumers.

“All marketing is going to move to a space where mass is no longer there. I can see that happening in my lifetime,” he said.

“The era of mass marketing will be here for a while but it is declining. And this permission-based need to matter to the people you are speaking to is where we are going. We are there now.”

The shift to micro-marketing, Mr Scheeler said, was already under way as advertisers increasingly targeted consumers with relevant and contextual ads – within social media platforms and search results – and moved away from the mass-market avenues that used to dominate television and newspaper ad campaigns.

Mr Scheeler said that while there had been little change in the way mass-market advertising ­operated between the 1950s and the new millennium – when television, radio and newspapers were the dominant forms of content consumption – the rise of the ­internet and mobile phones had changed everything.

“You had mass-market channels like TV and radio and newspapers but digital didn’t exist. Ads were made to be shown to a lot of people,” he said.

“But (today) you say, well, I’m an advertiser. I want to reach that person. Why should they give me one second of their time? And that’s the shift we’re seeing from mass market, which was really forcing people to watch your ads, to a world where you need to connect with people, because they have the ability to flick past, exit out, turn off, grab another screen, pay no attention to your message.”

“The day of tonnage of marketing spend as being a differentiator is dwindling. It’s now all about being smarter with your spend but increasingly it’s all about having a product or service that absolutely rocks,” she said.

“Your ability to mask over a bad customer experience through just more marketing than everyone else is going away because consumers are better informed than they ever have been. Increasingly we are finding that the most relevant ads are the ones in the right context and are increasingly predictive over what people are going to be interested in.

“So we need to do a much better job at understanding that it’s all permission-based, you can’t shove stuff down people’s throats anymore.”

She said it was still possible to reach a mass market, but the process had been inverted.

“Whereas when I grew up three TV spots got to 80 per cent of your customers, what we are seeing now is mass marketing is completely inverting. It is starting micro and then users are, through permission, promoting it and turning it into mass.”

Mr Scheeler said that with a newsfeed that regulated content and messages in a user’s Facebook profile, it was imperative for advertisers to pitch contextually relevant and compelling content if they wanted to connect with ­consumers.

“Any time you open your newsfeed, there’s about 1500 different posts that you’re eligible to see at that point in time from all the world that you inhabit within Facebook. Most people don’t look at nearly that many per day. The average person will look at, maybe, 200 posts a day. So you’ve got to compete. If you’re an advertiser, you’ve got to compete for that 200,” he said.

“Facebook’s algorithm works in a way that other online systems do, which is we try to present the most relevant content to those users and, you know, we need to engage users who love using our product. That’s the heart of Facebook’s business. We don’t have that, we don’t have anything.”

The diminishing appeal of mass-marketing campaigns could paint a glum picture for free-to-air television broadcasters and newspaper publishers that continued to rely on the ads to support their business models.

This article was first published in The Australian Business Review.