If a company has a problem with, say, a sales force that is chronically unaware of the latest findings from the research division, its managers might turn to technology to promote better communication between the departments. But that’s missing the point, says Kentaro Toyama, an associate professor of community information at the University of Michigan School of Information. Toyama calls himself a “recovering technoholic” who once believed technology was the answer to almost every problem in the world. Now he is trying to spread the word that the more technology we have at our disposal, the more we need human skills, both to solve problems and to use all this technology effectively.

In his new book, Geek Heresy: Rescuing Social Change from the Cult of Technology (PublicAffairs, 2015), Toyama describes how his world view evolved. After earning a B.S. in physics from Harvard and a Ph.D. in computer science from Yale, Toyama went to work for Microsoft and became a cofounder of Microsoft Research India. Working in India from 2005 to 2009, he found it was impossible to achieve the goal of getting a computer into every classroom except in the schools that already had conscientious administrators and good teachers, not to mention reliable power supplies — in short, the schools where the students were already privileged.

Toyama, who is also a fellow at the Dalai Lama Center for Ethics & Transformative Values at MIT, has observed a similar pattern in the corporate world: Technology works best in organizations that are run well to begin with. He spoke recently withstrategy+business about his research into what he calls the crossroads between technology and human development. 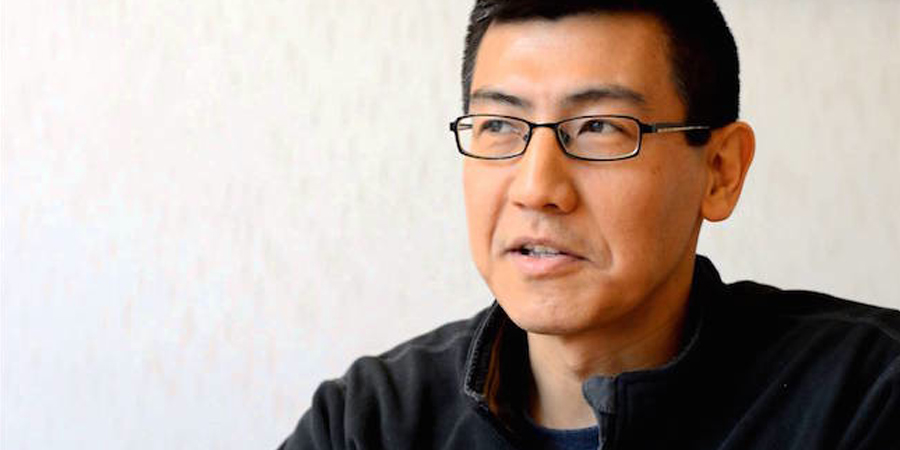 University of Michigan Professor Kentaro Toyama believes that to solve human problems, human skill is needed more urgently than ever before.

What are we getting wrong when we try to tap into the power of technology?

Think about technology as the engine of a car, and society as the driver. In many cases, we’re trying to build a faster and faster engine without paying attention to whether the driver knows where the car is going. This is what happens, for example, when we embrace the belief that using technology for global communication can create greater understanding among people. The idea that the Internet will help authoritarian societies become more democratic comes from a Western belief that the Internet is going to look the same everywhere. But the fact is, the Internet looks completely different in authoritarian societies. North Korea, for example, built its own Internet — isolated and disconnected from the rest of the world except through a small portal that effectively only government officials can access. And of course, when people do use the Internet to spread ideas, it isn’t always the ideas we in the West like. Look at the way organizations like ISIS use it as a recruitment tool.

The technology industry itself has perpetuated the idea that technology will solve the world’s problems. I think it’s an overstatement when [Google executive chairman and former CEO] Eric Schmidt tells people that thanks to technology, no country can remain isolated. Everyone wants to believe the work they do is good for society. But a lot of people in the industry have drunk a little too much of their own marketing Kool-Aid.

The reality is that powerful technologies will work in exactly the direction we point them in. Almost paradoxically, as more technology becomes available, human judgment and wisdom matter more.

How would you use technology better in the business world?

The idea that technology amplifies whatever forces already exist is as true for business as it is for anything else. Bill Gates wrote about that in his book The Road Ahead [with Nathan Myhrvold and Peter Rinearson; Viking Books, 1995]: “The first rule of any technology used in a business is that automation applied to an efficient operation will magnify the efficiency. The second is that automation applied to an inefficient operation will magnify the inefficiency.”

If you already have a team that is collaborating effectively, then you probably can use technology to help them work together even better. But if you have a group with rivalries, and people who don’t want to cooperate with each other, no matter how good the technology that you introduce into the situation is, it isn’t going to resolve the issues.

In another example, if an organization is particularly focused on cost cutting, technology can help that process in a substantial way. But if you have an organization in which reducing costs hasn’t been a priority, adding more technology doesn’t help. In fact, oftentimes what you end up with is additional technology that requires larger budgets to support it. I’d say that if you want to cut costs, first try a pilot project that doesn’t involve any new technology. Then if it works, you can bring in technology that will help you do it better.

Conversely, let’s say the pilot is a miserable failure. Problems with implementing a new program are almost always due to something that management is getting wrong. It might be, for example, that people aren’t sharing knowledge. That may be because of internal political rivalries, or maybe they just don’t have the time to talk to one another. Of course, a company might have divisions that are far-flung; certainly, in that case, technology can help make communication easier and faster. But it won’t solve a fundamental breakdown.

So technology is no substitute for interpersonal skills?

In just about every kind of organization, I’ve seen leaders try to solve knowledge management problems by setting up a Web portal, in which all of the information about a particular topic resides. When I’ve heard this idea raised, about 90 percent of the time there’s a much deeper political or organizational problem. At Microsoft Research India, we tried making our research projects available on internal websites, hoping that some of these projects would have an impact on product groups that were housed in other buildings. We imagined that other groups would be banging on our doors to get this research from us.

What we discovered was that merely posting information about research projects was no more likely to get product group interest than having some computer scientists at a university post their academic research papers on their websites. Our vice president at the time, Rick Rashid, used to say that technology transfer is a full-contact sport. Over the years we began to understand that in order to be successful with tech transfers, researchers had to establish friendly human connections with the product group managers. It’s less about the technology than about understanding one another’s goals and establishing mutual trust. This kind of understanding emerges only through regular human interaction.

At the same time, is advancing technology creating a need for new human skills?

Yes. One example is that in the future, we’ll need to be more aware of the challenges of analyzing big data in a way that’s meaningful. I think there’s an illusion that big data simplifies decision making. The danger is that as we have more and more big data, we’ll increasingly be able to justify anything as a truth simply because there appear to be a lot of data points behind it.

Think of the kerfuffle that arose in the spring of 2015, when Facebook released a paper in Science magazine stating that those users who identify as being either conservative or liberal will follow links to articles expressing opposing views. The conclusion was basically that a social network isn’t just an echo chamber of one’s own ideological bubble. But there was a lot of criticism of the findings. Among other problems, the [number]of people who identify themselves on Facebook as being of one political leaning or the other is a very small percentage of all Facebook users, so to generalize from that very small sample can lead to significant errors.

Because we now have more numbers than ever, we need even keener subjective judgment about what those numbers mean. It’s what we would traditionally call critical thinking, with a certain amount of healthy skepticism. There’s already a huge rise in the number of jobs with titles such as data scientist, data analyst, and so on. And there are now entire new master’s degree programs in data science. I think that demand is going to keep rising for the foreseeable future.

As a professor, how do you teach Generation C students, who’ve been “always on” since childhood, to use technology and the information it produces wisely?

As it happens, just this past semester I taught a class for undergraduates on technology in global society, and we talked a lot about these things. On the one hand, my students were a generation of digital natives. They didn’t remember a time without the Internet, and couldn’t imagine a world without it. On the other hand, exactly because technology was so commonplace for them, I found them open to taking a more critical view of it. In my generation, I think we were impressed with the novelty of it more than anything.

I assigned the class to go on a technology fast for 24 hours. Many of them said they couldn’t do it. Many said they were so bored they didn’t know what to do with their time. But others said that without technology they actually turned to other things they normally didn’t do, like reading books or visiting and talking with their friends in person. What was interesting was that many of my students recognized their dependency and saw it as a problem. Some said they were concerned that they had a tendency to avoid conflict of any kind; they would simply unfriend people rather than having a discussion.

Do you think it would be worthwhile for corporations to have technology fasts?

It might be an experiment worth trying, asking everyone who doesn’t need their technology for mission-critical purposes to spend a day away from it. I think people would learn at the very least that it’s possible to do business without technology. And they might find that there are some advantages to technology fasting, such as more face-to-face interaction. Ultimately the right thing is for us to find the optimal use of technology — not to eliminate it, but also not to assume that it can replace human skills.

Jan Alexander is a senior editor at strategy+business

Visit the s+b website to learn more about the series “Young Profs: The Next Generation of Business Thought Leaders.”

Reprinted with permission from the strategy+business website, published by PwC Strategy& LLC. © 2015 PwC. All rights reserved. PwC refers to the PwC network and/or one or more of its member firms, each of which is a separate legal entity. Please see www.pwc.com/structure for further details.