Brand managers all over the world spent a lot of time and energy developing strategies for defining the key brand promise and for creating brand equity. Yet, brand love doesn’t always translate into good sales. A better understanding of the last mile, the part of the value creation process where the brand actually interacts with users, might correct some of these discrepancies.

A few years ago, I was at a Chinese takeout restaurant in Toronto. Upon finding that I was a professor of marketing and that I studied decision making, the owner told me that he had a puzzle for me to solve. His puzzle rested on the idea that his menu offered consumers a wide variety of choice. In fact, it had about 155 items on that menu. Yet, most of the sales came from about five or six items in that menu. What was going on? Like many other businesses, this restauranteur was working under the assumption that giving people more choice is better than giving them less. After all, it seems to make perfect sense that consumers would value more of a freedom of choice and the ability to potentially consume different kinds of meals every day.

This restauranteur wasn’t the only one that had this thinking. Think about common product categories like breakfast cereals, coffees, bank accounts, credit cards, mortgages, paint shades or even headache medicines. Research has shown that the number of options available in most product categories – both in grocery stores and elsewhere – has expanded dramatically.

What has all of this increase in choice meant for consumers? In particular, do consumers truly value more choice? There are a number of studies recently that have shown that giving people too many options can actually backfire. Several years ago, John Gourville, a Harvard professor, and I documented a phenomena we call overchoice. In essence, we found that under some conditions, offering people too many choices creates confusion and cognitive overload. As a result, we found that consumers were more likely to switch to brands that offered a smaller number of branded variants because it was easier to choose within that small set.

There have been a number of other demonstrations. Perhaps the most famous one was by Columbia University’s Sheena Iyengar, who conducted an experiment in a supermarket where they set up tasting tables for jam. They found that when shoppers were given the option of choosing among smaller versus larger assortments of jam, they showed more interest in the larger assortments. However, when it came time to pick one, they were ten times more likely to make a purchase if they chose among six rather than 24 flavors of jam. They essentially created brand love by offering more options, but this did not translate into brand sales!

In another study, I conducted a field test in several restaurants in North America. The idea was simple. I wanted to assess the effect of menu length on the variety of food ordered in a given restaurant over a period of time. For a given restaurant, I simply collected data on a number of unique entrees ordered in a given month and computed the market share of each entree. I then calculated a market concentration index for each restaurant. Higher numbers suggest that a smaller number of options dominate the choice much like our Chinese menu. Interestingly, I found a larger concentration index for restaurants with longer menus. For example, restaurants that had longer menus were more likely to have a higher concentration of a few items, which essentially means that giving people a longer menu concentrates choices to fewer options. This is exactly the opposite of what restaurant owners wanted to do – they offered longer menus to encourage more variety.

What are the dangers of offering too much choice? The first is simple deferral of choice and non-participation. When consumers see a very large assortment of options and they don’t know how to choose, they simply decide to not choose. In essence, by trying to be customer focused, you turn away your consumers against you. Another consequence is that a smaller choice set encourages more variety and perhaps even more aggressive or risky choices. In a financial services domain, this could be interesting. If you provide people with lots of fund options to choose from, it turns out that they might be more likely to be conservative and will more likely restrict themselves to a smaller number of options. 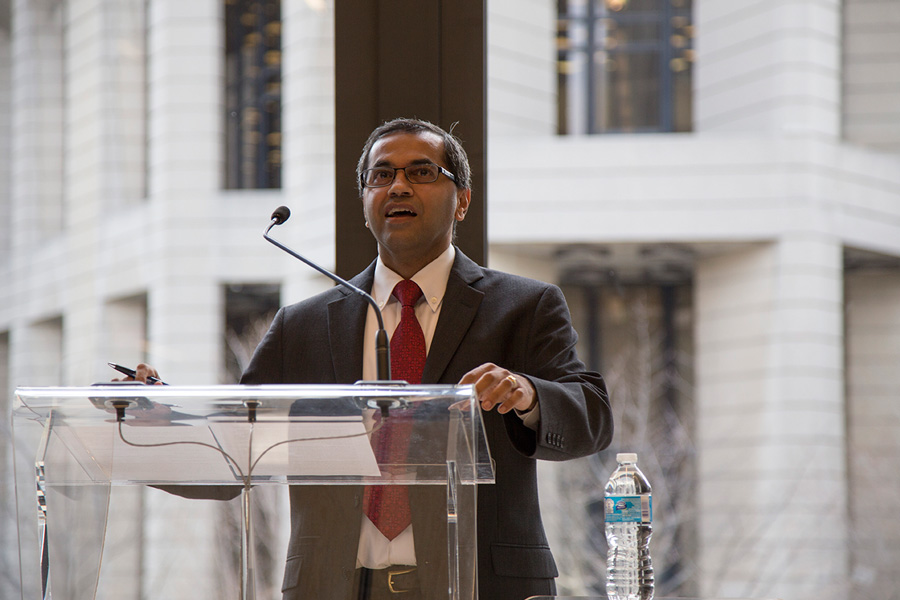 What does all of this mean? Providing a large number of options clearly has its benefits sometimes. If people are rational, if they have the ability to make good choices, if they do not get frustrated or overwhelmed, and if they can evaluate all the options on a single metric called utility then this is fantastic. However, research has shown that that is not the case. Real people stumble when they face a lot of options. Real people might lack the cognitive capability to make the right choice.

If we do find ourselves in a situation of over-choice as marketers, how can we help consumers make better choices? First, we could streamline choices. In recent years, Proctor & Gamble has taken to rationalizing its product lines in many packaged goods categories to make it easier for consumers to make choices. Second, we can help people understand their own preferences and trade-offs. We could do these through shopping agents or shopping bots that might ask the consumer to indicate preferences as well as the importance they place on certain attributes and then use that to develop a model that can steer the consumer towards the best option.

Third, we could organize alternatives in a way that is intuitive. For example, rather than presenting a prospective new home buyer with a full listing of houses, a real estate agent might group them by location, age, closeness to the train station or the school district. By gauging the importance of each of these attributes, the agent can then start eliminating options from the choice set until they are down to a management set of options. Fourth, we could encourage consumers to make attribute-based decisions. A close look at the typical Chinese take-out menu shows that most of the very large number of options can be generated by considering combinations of a number of simple attributes. For example, what is the vegetable or meat being cooked? What is the style of cooking? What is the sauce being used? What is the level of spiciness? Rather than presenting a patron with the resulting 155 combinations, we could simply ask the patron to make four separate choices on these attributes and allow them to make a better choice.

It appears that choice complexity will only increase with time. As a brand manager, we might create multiple brands or long product lines that promise and deliver all kinds of benefits. Unless we can really make it easy for our consumers to make the right choice, we will probably only shorten our sales by merely lengthening our product lines!

Dilip Soman is a Professor of Marketing at the University of Toronto and the author of The Last Mile: Creating Social and Economic Value from Behavioral Insights (UTP). The Last Mile Book can be purchjased online at http://www.utppublishing.com/The-Last-Mile-Creating-Social-and-Economic-Value-from-Behavioral-Insights.html