Bloggers are writing longer posts and spending more time crafting pieces than in years past, according to recent research from Orbit Media.

The report was based on data from a survey conducted in August and September 2018 among 1,096 bloggers who write about a wide range of topics.

Some 46% of bloggers say the blog posts they write are typically between 500 and 1,000 words long. 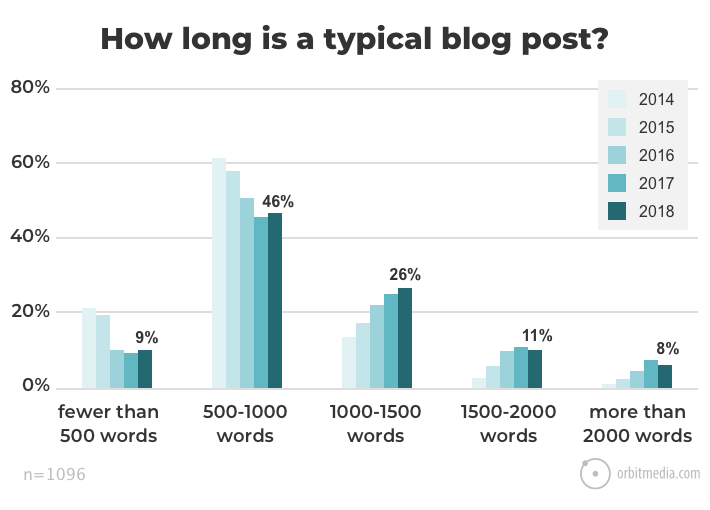 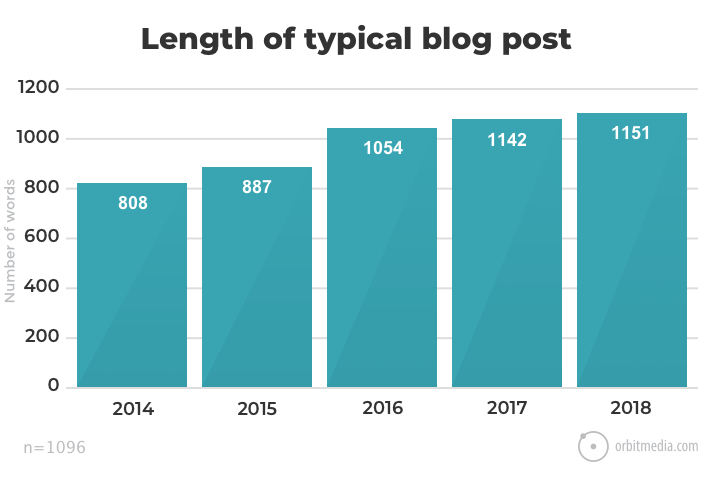 Those who write longer posts tend to see the biggest payoff from their efforts: More than half of the bloggers who typically write posts longer than 2,000 words in length report “strong results.” 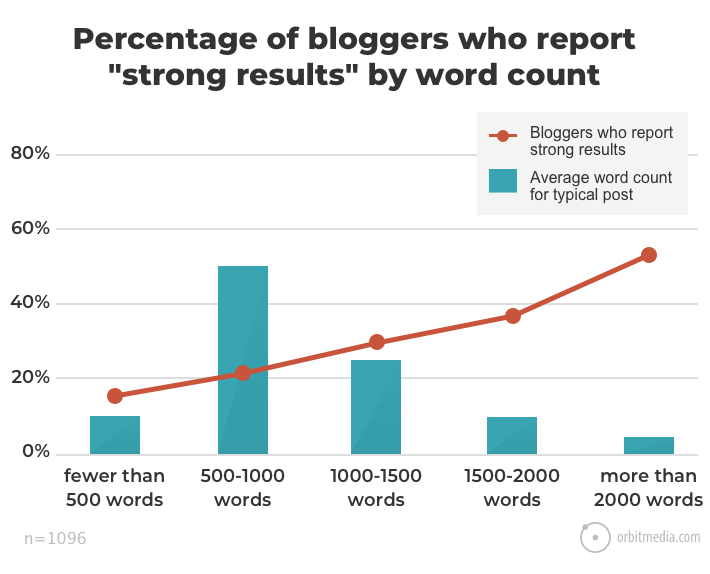 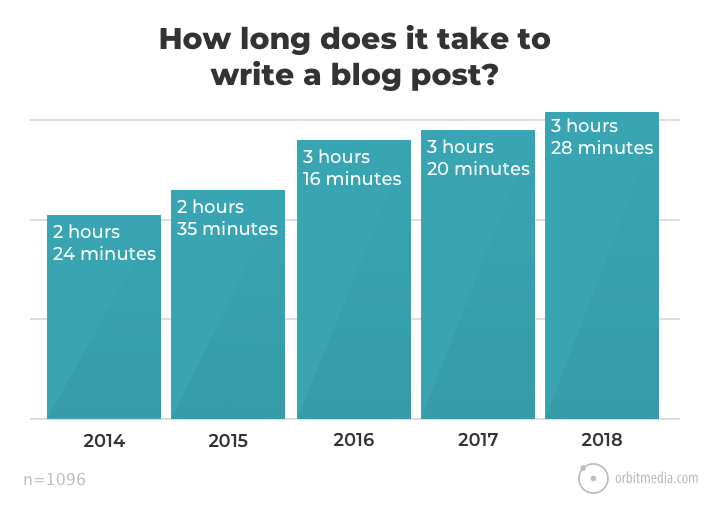 About the research: The report was based on data from a survey conducted in August and September 2018 among 1,096 bloggers who write about a wide range of topics.