From labyrinthine security checkpoints to cramped seats and scant overhead storage space, air travel ranks among the most grueling experiences out there (unless you’re one of the rarefied few who spring for first class). With its A350 XWB jet, Airbus integrates the latest design and engineering tricks to quell many of the headaches for flyers, carriers, and pilots. Chief among them? Jet lag. 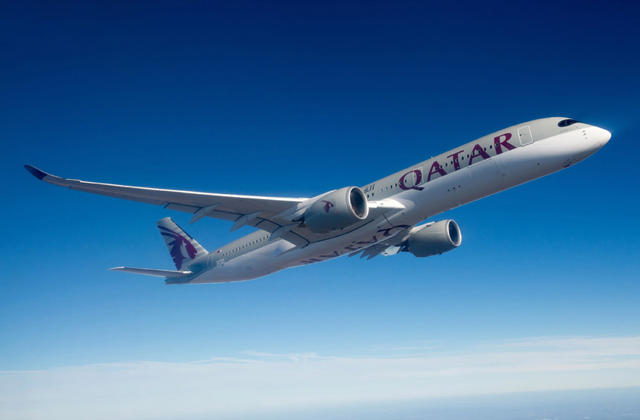 “The design process was about optimization, pushing the constraints, and opening up the box of solutions,” Alain De Zotti, chief engineer of the A350 XWB program at Airbus, says. The manufacturer debuted the design in early 2015, but the first aircraft to land in the United States arrived courtesy of Qatar Airways last week. With the A350, De Zotti‘s team devised ways that they hope make flying more energy-efficient, aerodynamic, and comfortable. On top of that, they had to ensure that the plane could be just as technologically sound today as at the end of its projected 30-year lifespan. With $15 billion worth of research and development under its belt, Airbus is hoping that its no-nonsense approach to design and engineering will help it best the competition—namely the Boeing 787 Dreamliner and 777 long-distance planes. 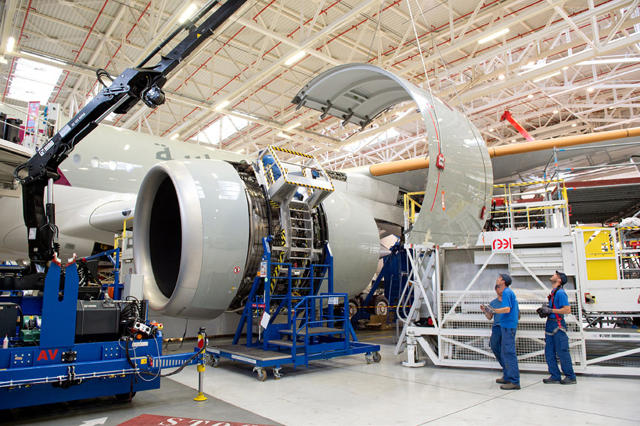 A Lighter Ride One of the biggest differences in the Airbus A350 compared to older models is its composition. Over 50% of the structure is made from carbon fiber-reinforced plastic for lightweight strength and durability. (The composite is less susceptible to corrosion than traditional aluminum planes.) The material has been deployed in aircrafts in the past, but not in such large proportions. The lighter the plane, the less energy you need to propel it. To help with aerodynamics, the engineers designed the wings to be much larger in size (about 20% bigger than previous generations of planes) and span (about 10% wider) and to have a shape that was inspired by birds’ wings. This reduces drag and noise and improves performance at low speeds. The engineers also improved the flap system—typically the flaps follow wind direction but the A350’s flaps follow the flight path direction— which makes the ride smoother. These measures—plus ultra-efficient Rolls Royce engines—result in fuel economy that Airbus claims is 25% better than similarly sized planes from competitors. 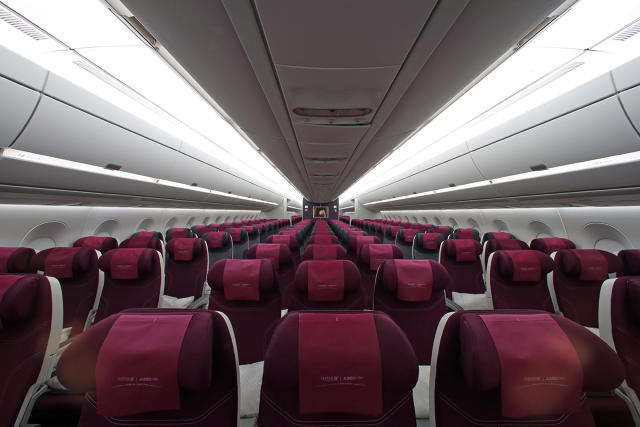 Eliminating Jet Lag Qatar Airways currently flies its fleet of A350s to Europe, the United States and Asia—journeys that traverse many time zones. To alleviate the physical toll and stress of screwing with a body’s internal clock, the plane is fitted with LED lights that change their color temperature to mimic the sun’s natural glow and are timed with natural circadian rhythms. To keep air from feeling stale, the plane’s filtering system changes over the air in the plane every two to three minutes. The cabin is pressurized to 6,000 feet, which Airbus claims makes it more comfortable for passengers.

More Room (Thank God)  The fuselage is wider to accommodate larger passenger seats in economy class—just an extra inch over the standard width—and easier movement down the aisles. Because the seat configuration varies from carrier to carrier and the competition for the best business and first class cabins is so fierce—”Business class is now like first class was and first class is like little apartments,” De Zotti says—Airbus designed the interior to be adaptable so that carriers can swap out seats and tweak configuration much more easily than in the past. This philosophy extends to the way computer hardware integrates with the design, making avionics and software upgrades are less cumbersome.

“We’re trying to make the jet relevant for the future,” De Zotti says. “There’s an open architecture that can evolve to welcome new functions and can cope with the evolution of technology.”

Qatar Airways is one of the first carriers to introduce the A350 to its fleet. Its trip to New York was the first time the plane landed stateside. Heading back to Doha, the plane abruptly aborted takeoff due to a short runway. Though no problems—other than lengthy delivery times—have been reported with the new A350 design, much can go wrong with planes. For example, Boeing’s 787 Dreamliner has suffered from technical and mechanical problems since its launch. After the 787’s launch and popularity with carriers, Airbus retooled its approach with the A350. Let’s hope that any kinks in the design were ironed out during its 2,600 hours of test flights.