If a flight attendant told me that I couldn’t bring my roller bag onto the plane, I might throw a fit. But when the same idea comes from Teague—the preeminent air travel design studio that’s designed the interiors of Boeing planes since 1946—I’ll hear them out. 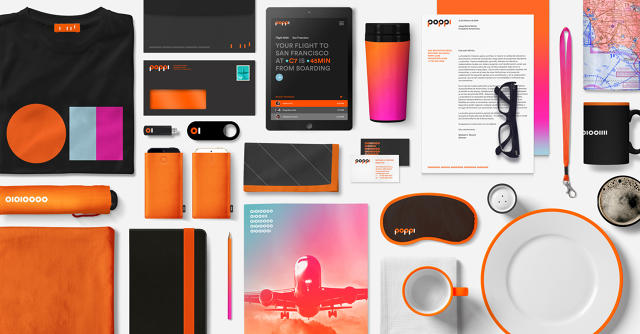 Recently at the Airline Passenger Experience Association (APEX) conference, Teague principal brand strategist Devin Liddell presented the company’s radical concept for Poppi, an idealized, modern airline. “Our scenario was, what if we created a startup airline, in the mode of Airbnb or Uber?” Liddell explains. “If we started an airline from scratch, what would we do?”

The result was a thought-provoking view of the future of air travel, where the airlines can make money in more earnest ways, and we can enjoy the journey more, too.

Nobody wants to spend $25 to check a bag. And as a result, we’ve all shouldered the anxiety of wondering, “Will all the overhead bins be filled?” while we suffer through the painfully slow boarding times of modern air travel.

“The answer to the problem is right in front of us,” Liddell says. “The answer is not to have bags at all in the cabin. You can have personal items, your jacket, your computer bag, but having luggage that should be checked in the cabin is totally broken.” 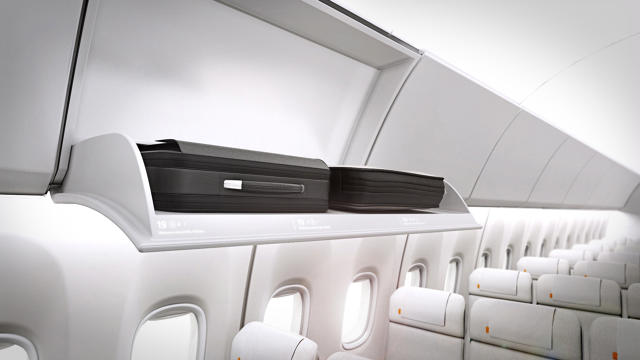 The overhead compartments would be vastly reduced in size to become “fedora bins,” made just large enough for the small items you carry. It’s Poppi’s most controversial idea, but it’s actually not a new one. “It was an ode to the 707,” Liddell says, “because if you look at the 707, which ushered in the jet age, that’s what they were for: a place for your hat and your briefcase, not a place to cram this gigantic rolling bag.”

Running boarding simulations, Teague found that ditching all these roller bags would expedite boarding by 71%. That saved time is nice for us, but even better for the airlines, as it would reduce the number of missed connections between delayed flights. And the smaller bins would shave 3,000 lbs. off a 777 jet, which would save a busy airline up to $25 million a year in fuel costs.

Of course, there’s still that problem of $25 checked bags—which equates to an incredible $32 billion of revenue for the airline industry each year. Airlines don’t want to lose that cash, but travelers still don’t want to pay it. Teague’s solution for the airlines? Check the customer’s bag, but if you’re going to charge, add extra service. Don’t make them wait at the carousel after their flight; deliver it to a passenger’s hotel room. 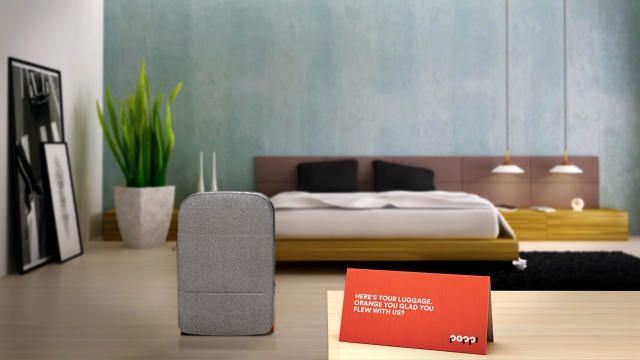 Ultimately, checked bags are a major source of revenue, but it’s not irreplaceable, Liddell argues. Airlines make an average of $18 per traveler in ancillary revenue—services like food, drinks, and baggage checks that aren’t part of the ticket fee. “We could absolutely come up with amazing services to get that $18 back,” he says.

One way to get that ancillary revenue back that’s directly tied to the issue of overhead storage would be to simply sell customers special airline-branded bags. These bags would be specifically designed to click in underneath a seat for people who still wanted to bring larger bags on board.

Poppi’s solution? Make the middle seat feel exclusive as a “promotional class.” Invite companies like Uniqlo, Nike, or Adidas to take that seat over—paying airlines for the privilege of a captive audience—while the corporations woo passengers with a special gift box or experience. 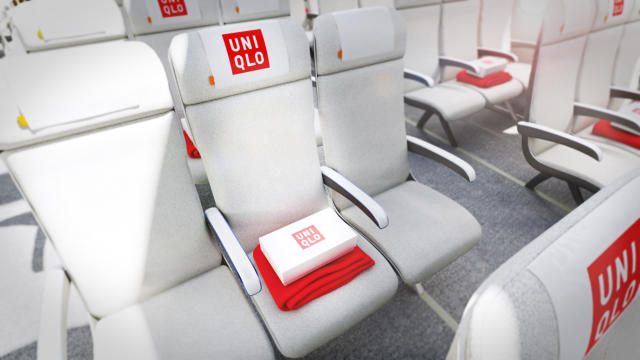 “It makes the middle seat less sucky,” Liddell says. “I’m not in the aisle or the window, but maybe I’m in the Xbox middle seat, so I get to play prerelease games.”

It’s easy to imagine a company like Nike selling a custom Air Force 1 to sneakerheads, but only if they booked a middle seat on American during the holiday season—or for the company to offer 20% off a custom Nike ID order, but only if they placed their order in the air.

But maybe more than any of that, to walk onto a plane, stuck with a middle seat, only to see that you have a special gift waiting on your chair, would be a powerful, positive experience to reframe a miserable flight. And airlines would have every motivation to make that happen.

“It creates an opportunity for the airline to sell that seat to brands. The old model for colleges and universities was [that]they paid Nike, Adidas, and Converse for sporting equipment,” Liddell says. “Now that model has been subverted. They pay schools hundreds of millions of dollars for the privilege of sponsoring them.”

Starbucks has 9 million My Starbucks Rewards members who preload their accounts with gift cards, allowing the company to earn hundreds of millions of dollars a year just from the interest on cups of coffee yet to be sold. Amazon Prime members are notoriously loyal to the company, and spend $400 million a year for perks like free two-day shipping.

Teague proposes something deeper than just offering passengers miles on credit cards. What if they could become yearly members to an airline, prepaying for certain privileges or number of flights? It would be something like crossing an NFL season ticket with Starbucks and Amazon loyalty programs. 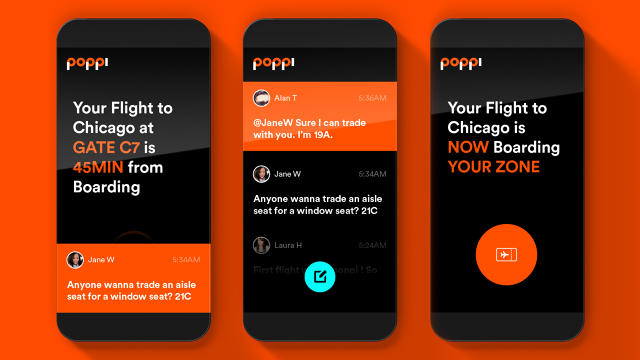 “When we think why we want to do it, it’s in some ways really straightforward, and it’s about the magic of belonging. That’s what works with Starbucks and Amazon, and definitely the [fandom of]sports leagues,” Liddell says. “‘I’m part of this team, this brand.’ Through that sense of belonging, it encourages people to opt out of the marketplace.”

Opt out of the marketplace? Liddell means that, rather than searching for the cheapest fare on Travelocity for every flight, you might be more willing to accept the options from a single carrier (and in the case that you prepaid for X flights a year, you’d be more or less stuck with them).

From the airline’s perspective, deeper loyalty programs seem like a no-brainer. It’s basically free money if they can hook customers into the plan. But why would we, as savvy travelers, ever prebuy into such a system?

Poppi includes an app that members could access to either resell their seats instead of paying for a change fee, or swap seats (window for aisle) with other passengers boarding a plane. Again, Liddell points to the success of the sports world, like the NFL, which gives ticket holders a platform to resell their seats, while pocketing a piece of the transaction. But it’s a scenario in which everyone wins. And, maybe more than any tangible benefit, it would give travelers a greater sense of control to a process in which there is rarely transparency or opportunity for negotiation, let alone justice.

[All Images: via Poppi]