Phil Schiller, SVP of Marketing at Apple, is the most influential head marketer in the world for the fourth year in a row, according to a recent report from Forbes, ScribbleLive, and LinkedIn.

The annual report was based on an analysis of more than 100 million pieces of content from news outlets, blogs, and social media sources.

The researchers determined CMOs‘ influence scores based on the quality of people/entities mentioning each executive, as well the volume of reactions generated by the opinions attributed to that influencer within the studied timeframe of May 12 to September 30, 2015.

Kevin Hochman, CMO of KFC US, ranks as the second most influential head marketer.

Next are Kevin Crull, CMO of Sprint; Olivier Francois, CMO of Fiat Chrysler; and Beth Comstock, vice-chair of GE. 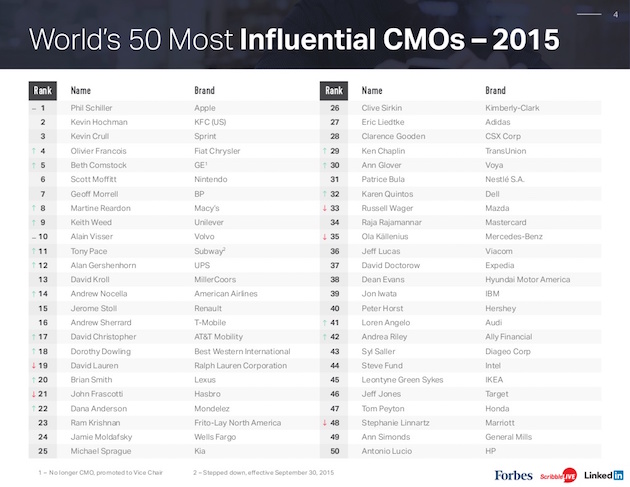 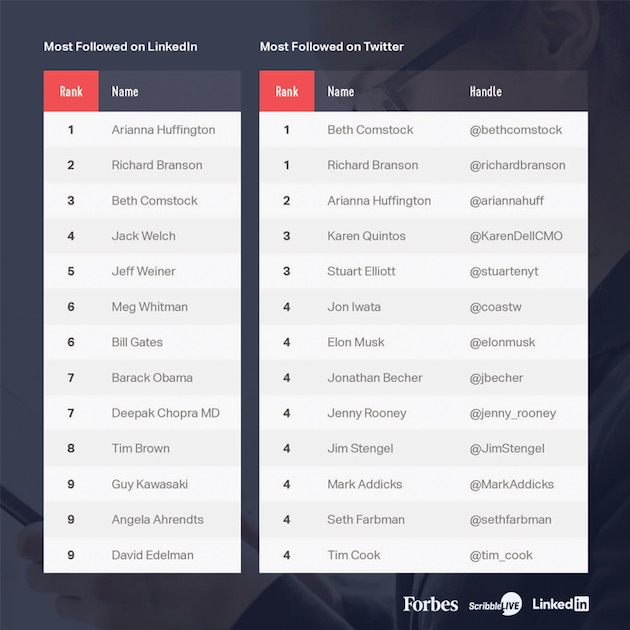 About the research: The report was based on an analysis of more than 100 million pieces of content from news outlets, blogs, and social media sources.