The fashion sector is the second largest polluter in the world after the oil industry, according to a new report by Fashionbi.

Because of the industry’s environment to the industry and increased public attention to and research on the importance of sustainability and the effects of climate change, numerous fashion brands are making an effort to have more sustainable practices. At the same time, consumers often see an “eco-brand” as one less concerned with quality and craftsmanship, placing luxury brands in a difficult spot.

“The generation of today is definitely more eco-conscious than ever,” said Ambika Zutshi, CEO of Fashionbi, Milan. “Every now and then we hear a youngter giving TED Talk on how he/she invented an instrument to save the oceans or recycle the waste etc. Brands claiming to be ‘green’ but not actually producing evidence behind being one are receiving a severe backlash from the people.

“Public brands such as Ralph Lauren, Hugo Boss and Burberry have likely come under a lot of scrutiny as they failed to communicate or publish social responsibility reports,” Ms. Zutshi said. “#SaveKimi has occurred more than 2,500 times on Twitter and 4,000 time on Instagram, in context of Burberry.

“Quitting the use of fur at all is an ideal practice; however, there are a ton of imitations that look and feel like fur but are man-made and can be created in a non-toxic environment. Burberry has even been accused of using hazardous chemicals in its kid’s wear clothing. If a brand can risk so much on its reputation, for sure it can go a more environment-friendly way and still create premium-looking products, regaining the consumers’ trust.”

A quarter of chemicals produced worldwide are used for textiles, making fashion a notable water pollutant. The industry also relies more than most on slave and child labor, while products such as fur and leather further open the sector to animal rights issues.

Because of the criticism unsustainable practices receive and the harm they cause a brand’s image, particularly in the long-term and among younger consumers, luxury houses are making actions or releasing statements to display their environmental credentials. However, unlike with the eco-brands studied, a luxury label’s perspective on its own actions often differs from society’s perspective.

For example, Ralph Lauren has put out statements regarding its product transparency, material sourcing, manufacturing and labor conditions, but the report shows the societal perspective differs. Articles from the Wall Street Journal in 2013 and Huffington Post in 2014 note that the brand relies in part on Bangladeshi laborers and has refused to sign an international agreement that would aim to improve working conditions there. However, last year, Ralph Lauren told Huffington Post that less than 3 percent of its clothing are made in Bangladesh. 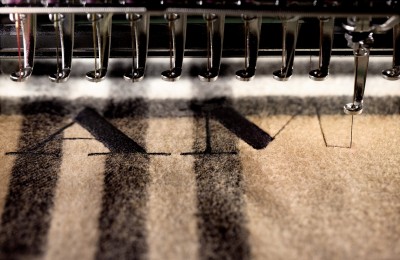 Hugo Boss and Giorgio Armani have been similarly criticized for reliance on Bangladeshi laborers and insufficiently paying manufacturers both abroad and in their own countries.

Social media often plays a large part in sustainability decisions. When criticism led Hugo Boss to announce on Twitter – but not on Facebook or Instagram – to go fur free, even forgoing “sustainable fur,” they were widely praised by followers. Similarly, when it was uncovered that Burberry’s children wear contained toxic chemicals, repeated #detox tweets directed at the brand’s accounts and a severely stunted growth in followers led the brand to commit to eliminating dangerous materials from its supply chain.

Every luxury brand had a difference in company and societal perspective in at least one category except Zegna, who has made reforms in six of the nine categories.

Armani may see being an “eco-brand” as contradictory or insignificant to a brand’s DNA, as its social media postings tend to focus on celebrity and fashion shows, which more directly suggest luxury. Still, falling short on sustainable efforts could cause even more damage to the brand.

“Ermenegildo Zegna for instance, scored 100 percent positive points, as it was involved rightfully in the sustainability aspect,” Ms. Zutshi said. “The brand declared its direct control of production process whilst also declaring its use of only the fine wool and careful painless shedding techniques on the sheep, proved it, communicated it on the company’s Web site and board statement, and announced scholarship programs for trainees and workers. This created a highly positive outlook of the audience towards the brand and even enhanced its value in the minds of the potential consumers.

“On the other hand, news about the brands such as Giorgio Armani were trending where the article highlighted the designer’s pledge in 2007 to not use fur anymore, but then there was a collection by the brand several months later full of rabbit fur,” she said. “This is something that can really make the brand sound inhumane and untrustworthy.”

Interestingly, the three brands that announced the greatest number of sustainable actions – Ralph Lauren, Hugo Boss and Burberry – were also greeted with the most criticism for shortcomings.

Notably, the brands that received negative attention are all public and therefore required to publish informational reports while also being under greater scrutiny. Even so, none adopted tenets of sustainability into their image, sticking to more traditional codes of luxury.

While the importance of sustainability is growing, the pre-conceived opposition it holds with luxury, particularly in the fashion industry, is difficult to overcome. While many hotels and some automakers have already incorporated sustainability initiatives into their efforts, apparel labels are lag somewhat behind.

One way brands can look to integrate the two values is through strategic partnerships.

The collection, made available this week, was created entirely in Italy and includes organic silk yarn, spun and woven in the country, lead-free Swarovski Advanced crystals, European chrome-free leather and Forest Stewardship Council-certified wood. The volume of the collection goes to show that sustainability does not compromise quality and that environmentally sustainable clothing need not be a niche market (see story). 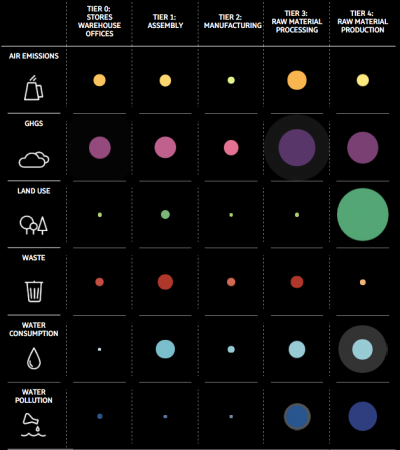 Additionally, some public luxury conglomerate groups have been making attempts to address sustainability from higher up. Doing so could relieve brands from having to individually integrate sustainability and risk losing consumers who will treat the move toward sustainability as one away from luxury without faltering on the environmental front.

French luxury conglomerate Kering is helping the world visualize its environmental impact with an interactive environmental profit and loss statement.

Kering’s results page on the conglomerate’s Web site contains a grid depicting the various steps in production and environmental categories in which it could make an impact, with each square containing a circle in relation to the impact that has been made. Kering’s transparency shows its dedication and the steps it has taken while also helping other companies to examine where they can make changes one step at a time (see story).

“It is true that the brands fear diverting all the attention on their eco aspect and creating doubts with the VIP clientele about their premium approach,” Ms. Zutshi said. “However, if the brands have even a bit to do with the green aspect, it is only in their favor to communicate this aspect once a while, on the Web site, through the annual reports or social media posts.

“As brought forward in the Sustainable Fashion Research, there are various ways to contribute to the society such as philanthropy, packaging and fair labor conditions, whilst further creating a higher positive perception towards the brand’s quality and craftsmanship.”