When President Trump sent an angry tweet in February blasting Nordstrom for dropping his daughter Ivanka’s clothing line from its stores, his supporters took to social media to intensify their previous calls to boycott the retailer. Nordstrom had reason to worry: Previous tweets from Mr. Trump calling out other brands, such as Lockheed Martin, had hurt share prices.

Instead, Nordstrom’s shares rose, and its business outperformed many of its rivals in the troubled retail industry in the months that followed.

It was an example of the “dichotomy” between what people say in the heat of a moment online and how they act offline, said Jay York, a senior digital marketing strategist at EMSI Public Relations. And it showcases the need for companies to monitor both online and offline conversations to get a true picture of how people feel about a brand and any controversies it may find itself embroiled in.

On average, 19 percent of a brand’s sales — or between $7 trillion and $10 trillion in annual consumer spending in the United States — are driven by social conversations, both online and offline, according to a new study conducted by Engagement Labs, a Canadian company that analyzes conversations around brands.

The study, which looked at 170 brands, found that companies often wrongly saw social media as an accurate and sufficient guide for tracking consumer sentiment. Often, though, that social conversation might be much different from what people are saying in private conversations with friends and family, the study said.

“The danger is you can make some pretty big mistakes if you assume the conversations happening online are also happening offline,” said Brad Fay, chief research officer at Engagement Labs and a co-author of the study. “Very often, they’re heading in different directions.”

The most negative and most outrageous comments often get the most traction on social media. And sometimes, people post comments about a topic just to get a reaction or to reflect an “image” or appear “cool” to their social media followers, when their actual views may be the opposite.

Social media is a valuable tool for detecting early signs of trouble. “It’s a wake-up call, a warning that something is afoot and there is a negative force there,” said Elissa Moses, chief executive of neuroscience and behavioral science for Ipsos, a market research company. But a brand then needs to dig deeper to see if offline chatter matches it and if not, why not.

Ms. Moses recalled being angry when Ann Curry was forced off NBC’s “Today” five years ago. “I took to social media to voice my outrage, and I vowed to not watch the show anymore,” she said. “But after years of watching the ‘Today’ show and my liking of their format and familiarity, I found myself gradually coming back to be a regular watcher.” 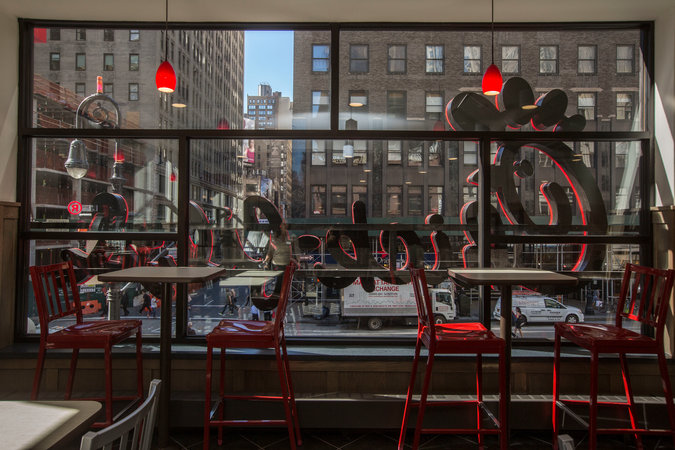 A Chick-fil-A restaurant at the corner of 37th Street and Sixth Avenue in New York.CreditHiroko Masuike/The New York Times

With Nordstrom, the social media crusaders were loud, but couldn’t shake the loyalty that shoppers felt toward the brand.

“The Nordstrom customer is rock solid, with a very loyal customer base, and that’s more important than any idiot social comment,” said Howard Davidowitz, chairman of Davidowitz & Associates, a retail consulting and investment banking services firm.

So, how do companies track offline conversations? Focus groups, online questionnaires, in-store survey cards, home visits and even a chat between a manager and a customer in the store can all track consumer sentiment. Retailers like Bloomingdale’s and Saks Fifth Avenue often invite loyal customers to meetings to quiz them on everything from the latest promotional campaign to the store’s mannequins.

A facial expression, a tone of voice or even a pause can reveal concerns that a social media post or tweet will not, Ms. Moses said.

“While they’re saying they don’t like this sexy or negative commercial, their galvanic responses may actually indicate they’re excited by it or have a positive response,” she said.

When Craig Schmeizer co-founded the mattress company Nectar, he underestimated initial demand and quickly ran out of inventory when sales began in January. That meant long waits and a mountain of negative complaints on social media. He feared his new business might be finished before it ever really started.

But when he reached out to customers through online and phone surveys, he discovered they had no interest in canceling their orders. The more candid he was about the inventory debacle and shipping delays, the more customers seemed to respond.

“Every time we told them the wait would get longer, our sales would go up,” said Mr. Schmeizer, whose company has more than $40 million in sales since January.

When Wendy’s started its “fresh, never frozen beef” campaign, it generated positive buzz but failed to stimulate sales. When offline surveys were done, the company found “most people just didn’t care because they freeze their own beef,” Ms. Hafitz said

And when Chick-fil-A’s chief executive, Dan Cathy, made comments opposing same-sex marriage in 2012, a social media campaign urged a boycott of the fast food chain. Instead, sales surged 12 percent to $4.6 billion that year.

“The running joke is they’ll still eat a Chick-fil-A, even though they feel bad about it,” Mr. York said. “Will they post a picture of themselves eating a Chick-fil-A? Probably not.”

All of this shows why it’s critical that brands track all conversations, online and off.

“It’s not an either/or question; it’s important to look at both,” Mr. Fay said. “Brands need to look at the total picture if they’re going to be successful.”